The name Steve Jordan might not immediately ring a bell, but anyone who checks out his résumé will be blown away by the number of iconic artists the world class drummer has worked with over the past few decades. From the Rolling Stones and Aretha Franklin to James Brown and Stevie Wonder, Jordan’s breadth of experience in the industry is truly astounding.

Ahead of its release, Mike and Jordan dropped a video for the lead single “Meltdown Sequence,” which features never-before-seen footage of legendary artist Salvador Dali. The video was filmed by Hart Perry at Good Vibe studio at Fania Records in New York City circa 1973.

“Salvador Dali’s name speaks for itself,” Mike tells HipHopDX. “It was actually Steve Jordan’s idea. I love the combination. Steve Jordan works in mysterious ways. He’s been around longer than I have and he knows people who are just higher up. He’s in with good company.

“The stories he shares with me are jaw-dropping. I’m so blessed to be connected to him. We’ve become really close alongside being musicians — that’s like my soul brother.”

“That was the bridge where I met Steve Jordan,” he explains. “For me, I never have aspirations for working with other musicians. I feel like I can take care of all those aspects just being me as a composer, but Steve Jordan? His résumé speaks for itself. Not only is he a special individual, but he’s also one of those legendary, top tier guys.

“You can mention him in the same breath as Clyde Stubblefield, John Bonham, Neil Pert — all the great drummers.  He’s up there with those guys. As far as what he’s done and skillfully — you’ll see for yourself. His drums are just amazing.”

Anyone out there trying to improve their chops // technique? Ask Steve a question in the comments below. We'll choose some of your questions to help you improve your groove.

Incredibly, the entire Beat Odyssey 2020 album was crafted during the course of three sessions at Capitol Studios in Hollywood. The magic between Mike and Jordan almost made the project write itself.

“During these Emmy rehearsals, we’d catch each other jamming, just us two without the orchestra and without everybody else,” he says. “We would look at each other and go, ‘If we really did this, can you imagine what we’d come up with?’ So we blocked three days at Capitol Studios and we did 30 songs. We did 30 songs without even talking about it. I’d just tell him to hit the record button and give me these tempos, almost like a metronome. Then I just went fucking crazy. I went berserk. I blacked out.”

Mike adds, “This whole album is me blacking out and coming up with all these rhythmic patterns, solos, whatever. Beat Odyssey 2020 is living proof of those three sessions at Capitol. That’s what came out of it. We were facing each other while we were doing it and just looking at his face while he was drumming, it was just incredible.

“You talk about moments — these were just moments captured on ProTools and after every session, I would take home these sessions, dial them all in, name them and then I kind of sprinkled some fairy dust on them and boom, there it is. I wanted to keep it as is, just to keep the essence.”

Beat Odyssey 2020 arrived on Friday (August 28), the 57th anniversary of the March On Washington where Martin Luther King, Jr. delivered his famous “I Have A Dream” speech.

“In 1968, when Dr. King was taken from the world and hope was in doubt, we kept marching,” Jordan said in a press release. “In 2020, we’re marching louder, longer and more collectively than ever before. We’re keeping the dreams and hopes alive for a just and peaceful society. We are all created equal.”

As protests erupt across the country in the wake of the May 25 police killing of George Floyd and recent shooting of Jacob Blake, Mike is taking the fight for racial equality seriously. In 2015, he was award the key to Louisville, Kentucky but in light of the Breonna Taylor murder, he wants nothing to do with it. 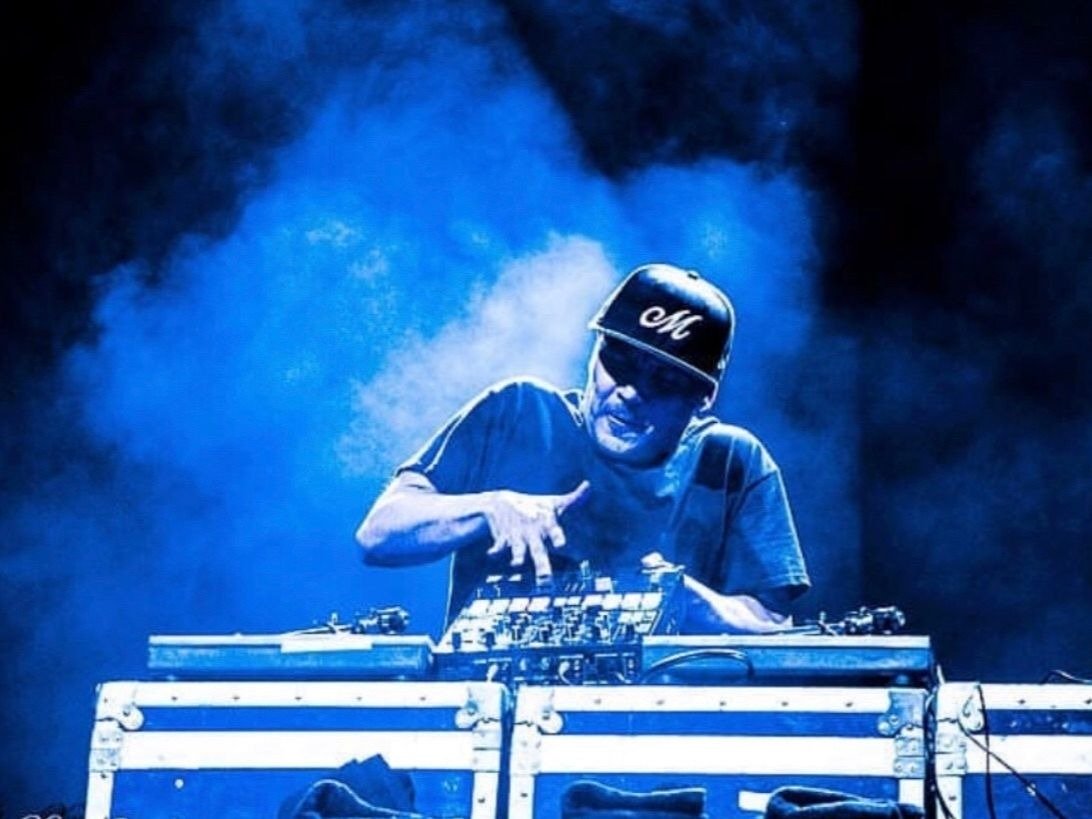 “I’m in the process of giving it back right now, or probably burning it on social media, which would be so gratifying,” he admits. “It’s just so extreme. It’s got me pissed off to the point where I’m going to fly out to Louisville and go to Mayor Greg Fischer and give him this key back. The key to the city means nothing when beautiful people like Breonna are getting killed inside their homes and there’s no justice.

Check out the Beat Odyssey 2020 stream and tracklist below and cop it here.