Mulatto is beyond ecstatic after Nicki Minaj shouted her out on Twitter. The tweet arrived on Friday (November 6) after a fan sent Nicki a video where Latto named the Young Money super rapper as her dream collaboration.

Sending love right back. U sound dope on this https://t.co/gqgTwQE4Xz

A fan of Nicki since she was young, Mulatto fanned out when she got word of the tweet and quickly took to Instagram Live to celebrate. Talking to her fans, the Queen Of Da Souf rapper explained just how much a mention like that meant to her.

“I’m doing the most about that tweet ’cause y’all don’t understand!” she exclaimed. “Like, I feel fulfilled! Like that shit – imagine somebody you fucking loved since a kid, somebody who got you doing what the fuck you do for a living and they acknowledge you? That shit different!”

She then went on to dig deep into Nicki’s catalog, rapping songs word-for-word including “Warning” from the Queens native’s 2007 debut mixtape Playtime Is Over and “Itty Bitty Piggy” from her 2009 mixtape Beam Me Up Scotty.

Mulatto just had a whole party on IG Live because of Nicki 🤣 pic.twitter.com/iDQ2PA7OFd

@mulatto is all of us when Itty Bitty Piggy comes on😭😭😭 @NICKIMINAJ pic.twitter.com/sqxXHJ0MNj

Mulatto has been getting a lot of love from her peers as her career continues to gain traction. In a sit-down interview with Live Nation last month, she explained how validated she felt after receiving props from both Cardi B and Lil Wayne. 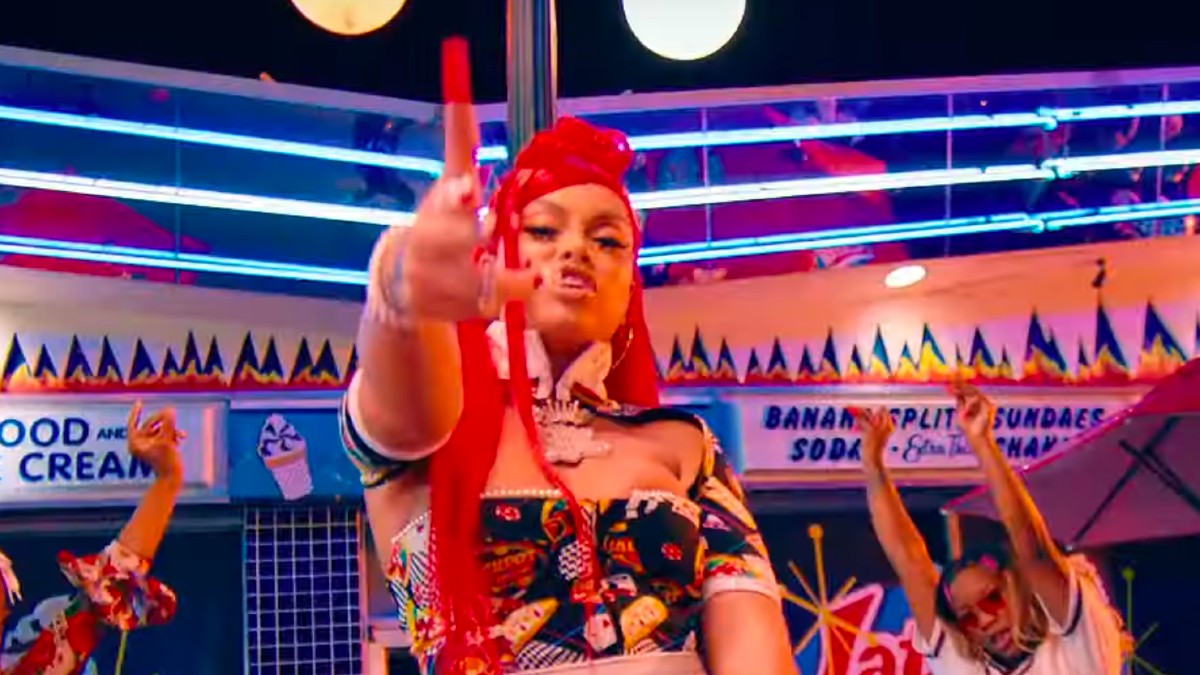 “I been getting so much love I’m not gon’ lie!” Latto said. “Cardi posted that she had downloaded my album when it had dropped. Wayne DM’d me! It feel good because I really love what I do and I look up to these people and aspire to be like these people that’s supporting me. It’s reassurance like, ‘Keep doing what you doing ’cause you killing shit.’”