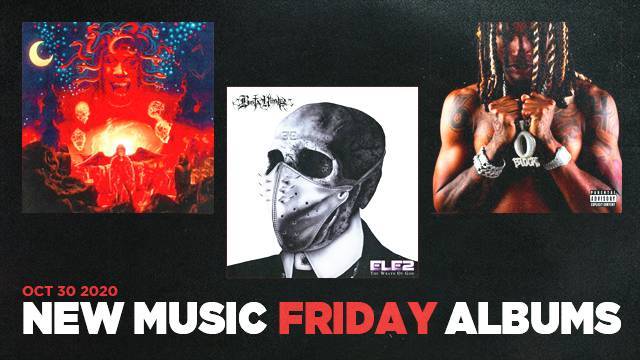 The final New Music Friday of October features quite a few musical treats for the Halloween weekend. Busta Rhymes, Trippie Redd and King Von are among the artists dropping albums for fans to enjoy over the holiday.

MadeinTYO and Ola Runt come through with their latest offerings while up-and-coming acts $NOT and LB Spiffy look to make their mark in the final quarter of 2020. Plus, Hip Hop veterans Common and Atmosphere prove they’re still going strong by dropping new releases decades into their careers.

And if that’s not enough, Lil Keed also shares a deluxe edition of his Trapped On Cleveland 3 project.

Check out all of the streams below.

Trippie Redd has released his new project Pegasus, the follow-up to his first No. 1 album A Love Letter To You 4. The 26-track LP boasts collaborations with Young Thug, Quavo, Chris Brown, Lil Wayne, Swae Lee, Busta Rhymes and PARTYNEXTDOOR, among others.

King Von isn’t done with 2020 just yet. After dropping his LeVon James album in March, the OTF rapper releases his Welcome To O’Block LP featuring Lil Durk, Moneybagg Yo, Polo G and Dreezy.

Lil Keed bolsters August’s Trapped On Cleveland 3 by sharing a massive deluxe edition of the project. The Young Thug protégé essentially has released a brand new album since the expanded version adds 18 cuts.

Common hopes his A Beautiful Revolution (Pt. 1) EP will “uplift, heal and inspire listeners dealing with racial injustices as well as other social injustices.” The project was created with the help of his fellow August Greene members Robert Glasper and Karriem Riggins.

Ola Runt has released his Harder 2 Kill mixtape. The Cinematic Music Group artist says, “This tape came natural to me – the entire process from start to finish. A lot of people are counting me out right now cause I’m locked up. Just because I’m going through some stuff right now, doesn’t mean that it’s over with. This is just the beginning.”

Atmosphere – The Day Before Halloween

Just a few months after Slug and Ant teamed up with Murs for a new Felt album, Atmosphere gets back to work as a duo with The Day Before Halloween. The aptly titled LP is based on the concept of a visual artist living in a surveillance state.

300 Entertainment’s $NOT delivers Beautiful Havoc, his second album of 2020. The South Florida-bred rapper gets assists from Denzel Curry, Flo Milli and iann dior on the 12-song set.