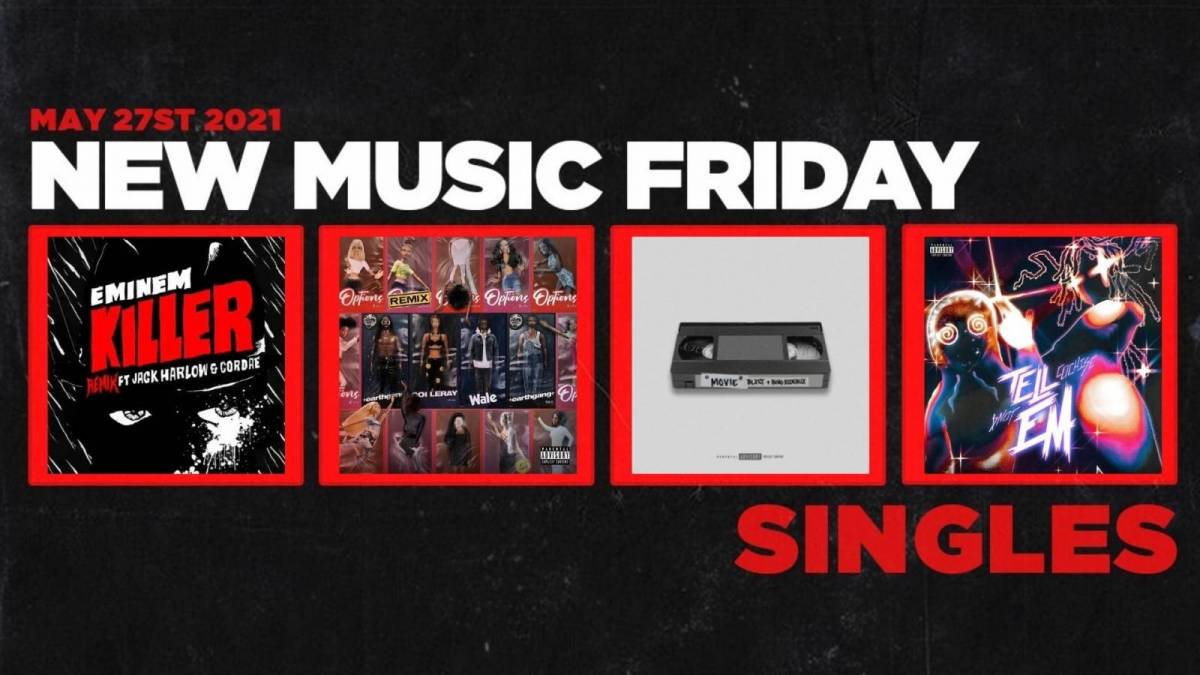 Friday has come around yet again, and that means we are back with another rundown of the best tracks to drop over the past week.

This New Music Friday is proving to be particularly loaded with singles from the biggest names in Hip Hop. To start, Coi Leray jumped on the remix to Earthgang and Wale’s “Options,” while YSL’s Lil Gotit and Gunna released “Work Out.”

Twitter is in a frenzy with the arrival of new music from Eminem in the form of a remixed edition of “Killer,” featuring Jack Harlow and Cordae. Hotboii dropped the Future-assisted “Nobody Special, and upcoming Florida rapper linked with $NOT for “Tell Em.”

The music just keeps coming, so be sure to keep reading for our complete coverage of all the best music to drop ending on Friday, May 28th.

Despite his longievity in the rap game, Eminem has made a point to work with the new generation of MCs. For the remix of his 2020 Music To Be Murdered By single “Killer,” the real Slim Shady tapped two of Hip Hop’s hottest rappers in Jack Harlow and Cordae.

Breathing new life into the track, Cordae and Harlow sound effortless across production from DA Got That Dope, for one of the year’s best cross-generational tracks.

Blxst has become the man of the moment on the West Coast. The DX Rising Star has flourished since last year’s No Love Lost, from contributing to YG and Mozzy’s “Perfect Timing,” to his work with fellow L.A. raised Bino Rideaux. This week, the two South Central rappers reunited for “Movie,” a moody love track produced by ThaRealCstylez, ThaRealJFKbeatz and Blxst himself.

Since 2018, Florida rapper Cochise has released music at a break-neck pace. He’s come a long way from “Red Head,” the 2019 single which served as Cochise’s breakout moment, highlighted by Benbow Crescent, his masterful mixtape from this year.

But Cochise doesn’t rest: with help from 300 Entertainment’s $NOT, Cochise just dropped the dark and ominous “Tell Em.”

OhGeesy and DaBaby may be a striking combination, but on “Get Fly,” the two rappers proved how well they work together. OhGeesy, one of the founding members of Shoreline Mafia, raps in the New L.A. drawl: a cool, crawling delivery that glides across hazy production. DaBaby slides across most beats he touches, and “Get Fly” is no exception. The two coexist on “Get Fly,” creating an unexpected but not unwelcome summer hit.