Chris Brown and Rihanna were once madly in love, but a 2009 assault brought their young romance to a screeching halt. Brown was arrested and charged with felony assault not long after he put the Barbadian superstar in the hospital. He ultimately accepted a plea deal and was sentenced to five years of probation, community labor and domestic violence counseling.

But over the years, Rihanna and Brown have been working on their friendship and are trying to put the past behind them. This week, Oprah Winfrey decided to re-release a 2012 interview with Rihanna for an episode of Oprah Winfrey’s Supersoul Coversations podcast in which RiRi opened up about their special bond.

“We’ve been working on our friendship again,” she said. “Now we’re very very close friends. We’ve built up a trust again, and that’s — we love each other and we probably always will. And that’s not something we’re ever going to change. That’s not something you can shut off, if you’ve ever been in love.”

She added, “I think he was the love of my life. He was the first love. And I see that he loved me the same way… it’s not even about us being together. I truly love him. So the main thing for me is that he’s at peace. I’m not at peace if he’s a little unhappy, or he’s still lonely.”

Naturally, Oprah wanted to know if they’d considered getting back together to which Rihanna said, “He’s in a relationship of his own. I’m single but we have maintained a very close friendship ever since the restraining order has been dropped. We’ve just worked on it, little by little, and it has not been easy. It’s not easy.”

Rihanna then admitted she witnessed her father being abusive to her mother and only when she was able to mend her relationship with her dad was she able to forgive Brown.

“I repaired my relationship with my dad,” she said. “I was so angry with him, and I was just angry about a lot of things from my childhood and I couldn’t separate him as a husband from him as a father. I thought I hated Chris and I realized it was love that was tarnished. It looked like hate because it was ugly, angry, it was inflamed, it was tainted. And I realized that what it was is I had to forgive him because I cared about him still. And the minute I let go of that, I started living again.”

Interestingly enough, following the brutal assault — which left her face bloodied and bruised — she was most concerned about what would happen to Brown.

“I was hurt most, nobody felt what I felt,” she explained. “It happened to me…I felt protective. I felt the only person they hate right now is him. It was a weird confusing space to be in because as angry as I was, and hurt and betrayed, I felt like he made that mistake because he needed help, and who’s going to help him? I was more concerned about him.”

I have been debating on whether to post about this but I feel a duty to do so. This is sadly the sentiment of still too many men, and society at large to this day. A woman who admits abuse is still dismissed as being too sensitive, dramatic, crazy, hysterical, or she "asked for it" or she was a "bitch" or she "deserved it" or for some reason or another that justifies the abuse of a woman. Abuse is abuse no matter who does it. Supporting abusers send a clear message that violence will not only be tolerated, but encourages it as well. #chrisbrown #rihannaassault #rihanna #noexcuses #theresnoexcuseforabuse

Both artists have continued to find massive success with their individual careers, although Brown’s has been marred by consistent legal troubles, including similar allegations of abuse as well as sexual assault claims.

In a 2017 documentary called Chris Brown: Welcome To My Life, Brown went into graphic detail about the February night he lost control. 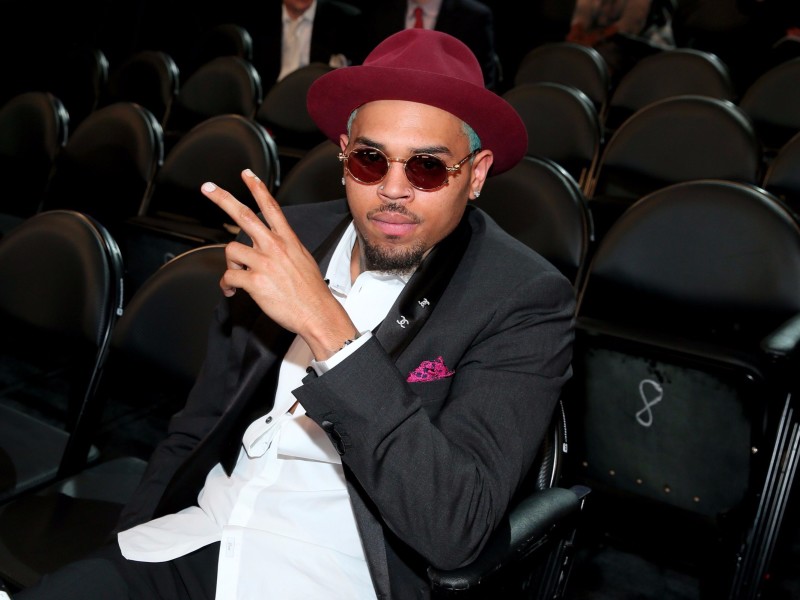 Brown said he tried to de-escalate the situation, but claimed Rihanna was trying to toss his cell phone out of the car window. “She grabbed my neck and when she do that, I actually bite her arm as I’m driving. It’s just like a petty fight.”

Towards the end of the interview, he confessed they were both crying as he swore to her he was telling the truth about a past lover. After taking his keys, she got out of his Lamborghini and screamed, “He’s trying to kill me.”

Brown eventually turned himself in to the Los Angeles Police Department.