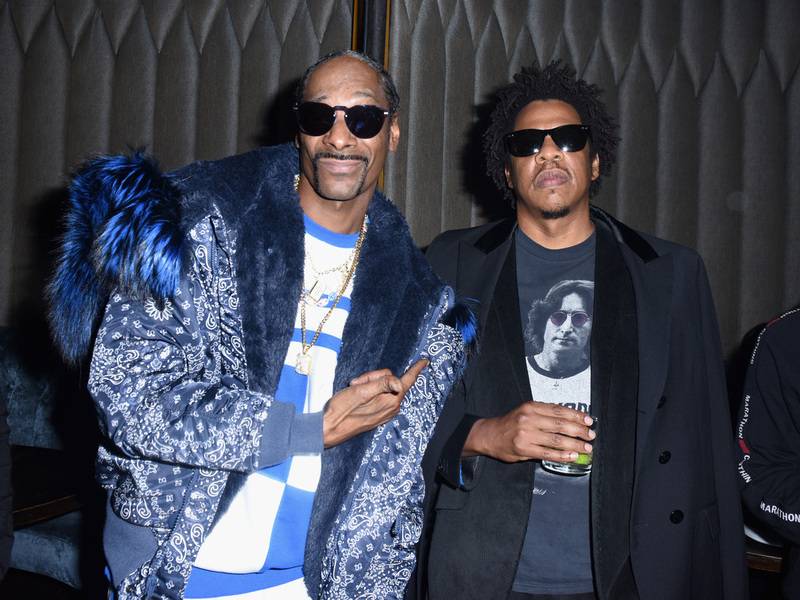 Snoop Dogg is stepping up to the plate as a potential Verzuz challenger for JAY-Z. On the heels of DMX calling out Hov for a battle, the D-O-Double-G contends he’s the appropriate opponent for an Instagram Live clash with the Roc Nation boss.

During an interview with Fat Joe, Snoop explained why — in his mind — he’s the best competition for Hov in Swizz Beatz and Timbaland’s Verzuz battle series.

“This is me looking in from the outside, looking at New York rap. So to me, it would be either Snoop versus JAY-Z because he has been the king of New York around the time I was the king of the west.”

Snoop Dogg Says If He Battles Anyone, It Should Be Jay-Z (@SnoopDogg @fatjoe @s_c_) pic.twitter.com/3D3CaB2xaa

Joe agreed with Snoop and noted Jay’s a more fitting opponent for the West Coast legend than 50 Cent, who floated the idea of battling Snoop in an interview with Big Boy’s Neighborhood. But Joey Crack had some doubts about Hov ever competing in a Verzuz battle.

“That sounds like the ultimate battle: Snoop Dogg against JAY-Z,” he said. “Now, I don’t know if JAY-Z will do it because he’s kinda like Dr. Dre. JAY-Z, we love him, but JAY-Z [is an] introvert, quiet. But Snoop Dogg, JAY-Z … I’m not taking nothing away 50, but I just know that when you’re both GOATS down and you gotta swim ashore, it’s a long swim. Snoop Dogg been doing this [for] 25 years.”

So far, Swizz and Timbaland have been able to stage battles between massive stars in their Verzuz arena. DJ Premier versus RZA, Babyface versus Teddy Riley and Erykah Badu versus Jill Scott have all pulled in big audiences, but Hov could take the Instagram Live showdowns to another level if he’s willing to partake.

Snoop and DMX have thrown their hats in the ring as potential opponents for Hov, so the competition is there if he wants it. But like Dr. Dre, it may be a difficult task to convince him to participate.