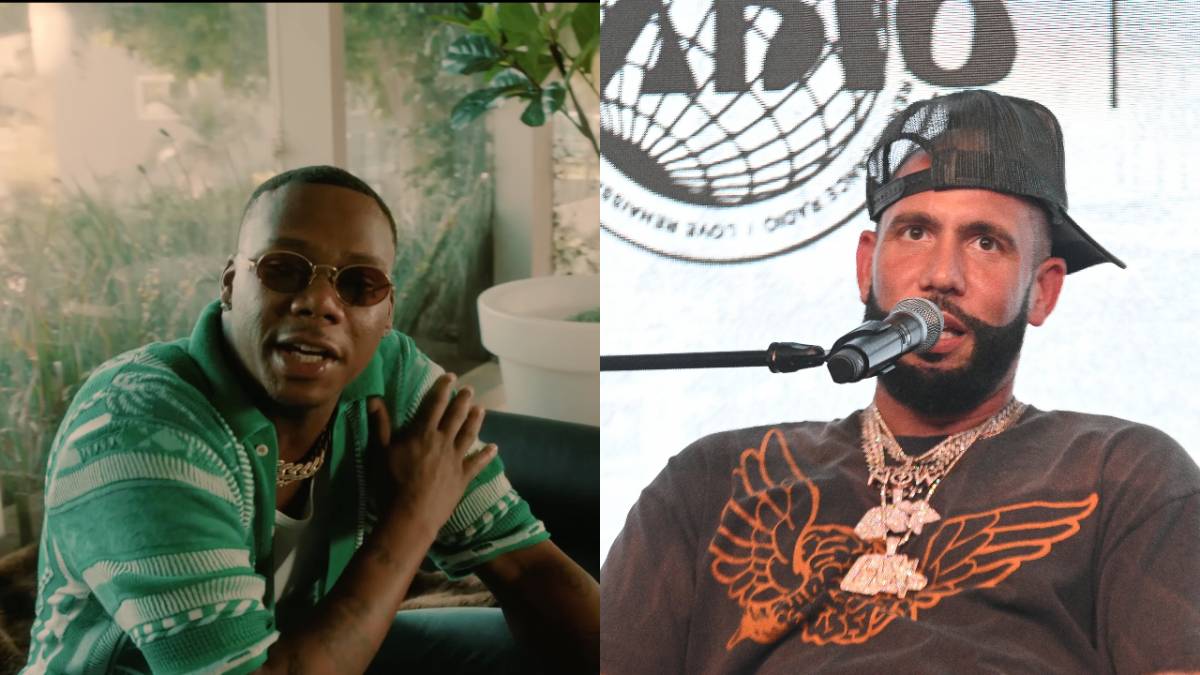 Symba and DJ Drama have opened up about their new project DJ Drama Presents: Results Take Time, admitting their chemistry wasn’t too good when they first linked up.

Speaking to Ebro Darden, Symba said he and Drama actually linked up for the first time last year, but when he first played the Generation Now co-founder his music he felt like “it wasn’t time yet.”

“We spoke last year about doing something, and I don’t even know if I ever told you this, but I was playing him music in the studio and for some reason, when I was playing the music, I just didn’t like it,” Symba said. “I ain’t like what I was playing.”

“It’s funny that you say that because when I think back on that time, I remember feeling that type of energy in the room, like it wasn’t time yet,” Drama chimed in. “This was a year and some change, we’d talked about doing the tape and going in, but hearing him say that and looking back on it, it made sense. It wasn’t time, yet.”

Symba added that he didn’t like where his music was at back then and said he felt like he was just “rapping on beats.”

“But I’m going to get there. And I wanted to explain the process of trying to get there, and where I’m at, right now. And that was really the whole perspective of this project, was really just explain everything I’ve been through just to get to this point, and let them know where I’m trying to go from here.”

Elsewhere in the interview, Symba spoke about what it was like working with Dr. Dre on Never End Up Broke Pt. 2.

“I went over there and then I had played it for him,” Symba said. “And you know Dre, he just got that ear, you know what I mean? He start tweaking things and, ‘You should do this. You should say it like this. Turn this. Make this verse better. Do this.’ So I went back in on the song, and dialed up and made it a little better.

He continued, “It’s not that he’ll make you rap it 50 times. What it is, is you have to be able to catch what he’s saying. So I’ve never rapped a verse 50 times with Dre. I done literally done three takes and been out of there. Because I can assess what it is, he’s saying.”

He concluded: “It’s not more so that he’s trying to get you to do it over and over. He wants you to act it out, so somebody can live through it with you.”

The new tape arrived after Symba had accumulated a steady list of co-signs during his rise, with Dr. Dre, Snoop Dogg, Lil Wayne, The Game, LeBron James and Kevin Durant all championing the Oakland lyricist.

“I want you to pick up y’all phones because if you did not know who the fuck he was before you came in here, I’m telling you, this is that n-gga,” The Game said during his Drillmatic: Heart Vs. Mind album release party in Los Angeles back in July.

DJ Drama On Generation Now Being The ‘Premier Label’: ‘We’re In Contention’

During a conversation on the FAQ Podcast, Symba said he views himself as a bridge that connects the older generation of legends in Hip Hop with the newcomers.

“I feel like to a lot of the greats, I fit the criteria of what a rapper should look like today,” he said. “I feel like it’s a disconnect from a lot of our older peers and my younger peers. I’m somebody that’s stuck in the middle.

“I understand the perspective of being young and coming up in Hip Hop. Hip Hop is a young man’s game and it’s rooted in youthful things. With the older generation, they don’t necessarily agree with things that are going on in Hip Hop today.”

He continued: “And the ‘cool guy’ has kinda been pushed away and Hip Hop has always been cool. And I think that’s what I represent that a lot of people identify with and that connects a lot of top-tier A-listers to me.”