SZA hasn’t released an album since 2017’s CTRL and according to some recent tweets, it looks like it may be awhile before a follow-up arrives. On Wednesday (August 19), the Top Dawg Entertainment singer hopped on Twitter to answer some fan questions about the impending project.

She replied, “At this point y’all gotta ask punch. I’ve done all I can do.” When asked if she thought her relationship with the label was “adverse” or “hostile,” SZA wrote, “BEEN hostile.”

This prompted the TDE president to fire back with, “I am a person and you guys are hurting my feelings. I’m gonna remember you n*ggas once the meet and greets pop off again.”

#FreeSZA is trending after tweeting her relationship with her label is “hostile” 👀 pic.twitter.com/VrHCAWHSTC

The exchange almost mirrors the one Punch and SZA had prior to CTRL‘s release. In 2016, the New Jersey-raised vocalist “quit” the label amid frustrations with Punch.

“I actually quit,” she tweeted at the time. “@iamstillpunch can release my album if he ever feels like it. Y’all be blessed.” She quickly deleted her sentiments.

Punch, on the other hand, didn’t directly respond to her threat. Instead, he posted a GIF of the Joker and simply wrote, “LOL” at the top.

CTRL was initially expected to arrive on February 3, 2017 but didn’t surface until June of that year. It debuted at No. 3 on the US Billboard 200, moving roughly 60,000 equivalent-album units in its first week. “Drew Barrymore,” “Love Galore,” “The Weekend” and “Broken Clocks.” In March 2018, the album was certified platinum by the Recording Industry Association of America (RIAA).

It was also nominated for four Grammy Awards along with a nod for SZA in the Best New Artist category and named HipHopDX’s 2017 R&B Album of the Year. 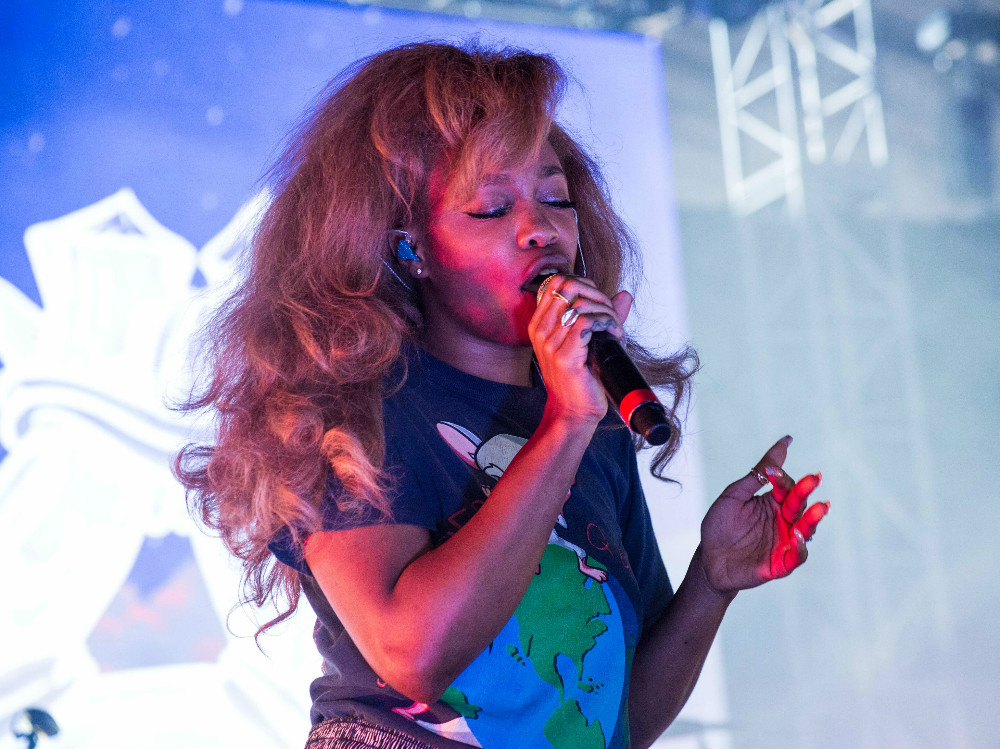 Shortly after the project dropped, SZA thanked her fans for the 2.3 billion streams CTRL collected upon its release.

“Today I found out we 2.3 billion streams deep and a buncha other cool stuff,” she wrote. “I love my family. I love you all for pressing play at any time. Thank you for this journey @dangerookipawaa @iamstillpunch @rcarecords Thank you God for this existence.”

Today I found out we 2.3 billion streams deep and a bunch a other cool stuff😰 . I love my family . I love you all for pressing play at any time . Thank you for this journey 🙏🏾 @dangerookipawaa @iamstillpunch @rcarecords Thank you God for this existence. Amen 🙏🏾💗#TDE