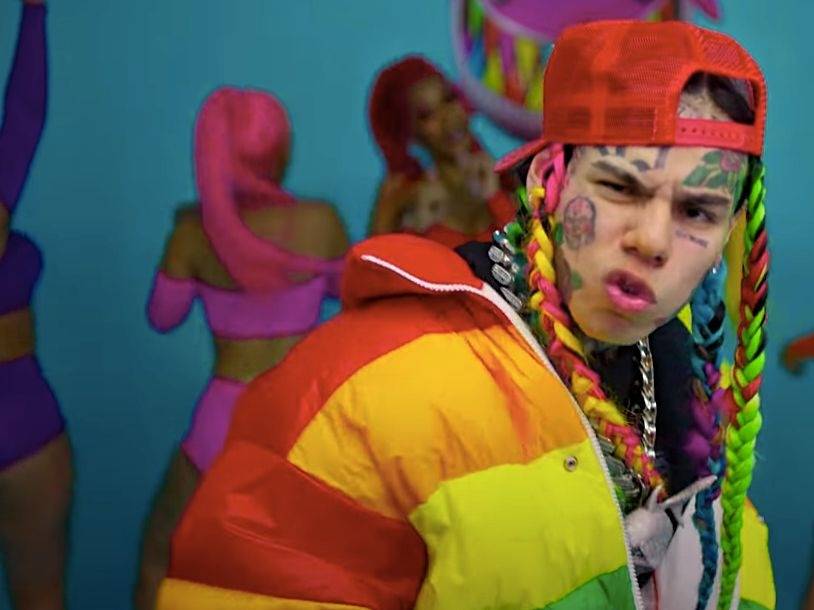 Whatever Tekashi 6ix9ine’s attorneys said about their client not trolling on social media can be entirely dismissed at this point. As soon as the controversial rapper stepped out of the Queens Detention Facility last month, he immediately started taking shots on social media — but first at himself, as if he was testing the waters.

Now, with his new video “GOOBA” pulling in record-breaking YouTube numbers, it appears all bets are off. On Monday (May 11), he shared a meme featuring his cartoon character snitching to the cops and FBI and wrote, “Stop playin wit me. Who made this?”

Stop playin wit me …. who made this?

While taking a closer look at 6ix9ine’s Instagram account, it’s hard to ignore the fact he’s only following one account — and it just happens to be the New York Police Department’s official account. For someone who’s rightfully earned the nickname “Snitch9ine,” it’s somewhat ironic he’d choose to follow the cops.

It’s important to point out the NYPD Instagram follows other notable names and says it’s “not monitored 24/7 — please call 911 or 311 if you have any issues.”

6ix9ine was granted a compassionate release from prison in April over coronavirus concerns. Judge Paul A. Engelmayer deemed his asthmatic condition made him more susceptible to COVID-19.

Since then, it’s clear 6ix9ine is intent on making a comeback. After purchasing a $300,000 chain, fleet of luxury cars and Richard Millie watch, he’s back to flexing with stacks of money on Instagram. He’s reportedly working on two albums — one in Spanish and another in English.