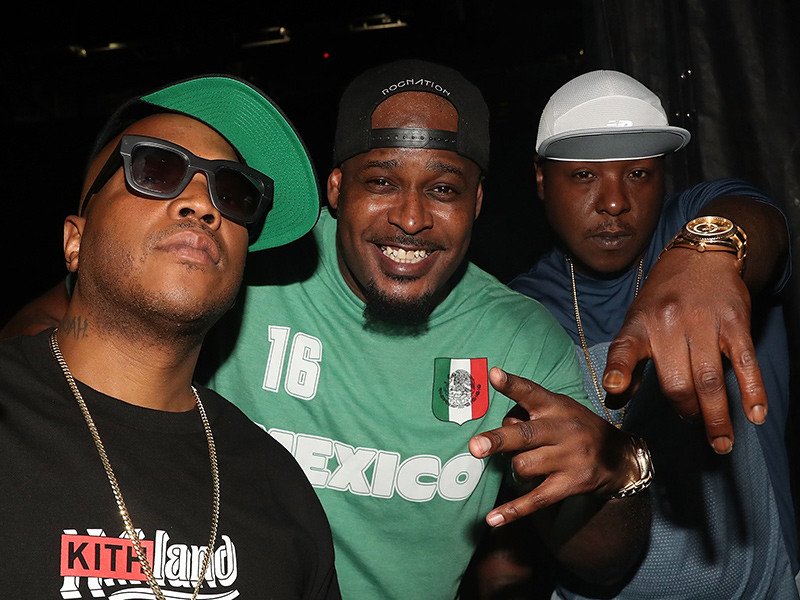 The Verzuz Instagram battles presented by Swizz Beatz and Timbaland have been picking up steam since its inception in March. Fans have been flooding Instagram Live to catch their favorites battle against each other in entertaining clashes that have fodder for social media.

The LOX recently spoke to HipHopDX and Jadakiss gave his thoughts on who he feels would be a good matchup for him when it comes to battling.

“I don’t know,” he tells DX. “I got a lot of fucking songs, bro. I fucked with a lot of songs. It’s different. I also got a lot of songs with The LOX. So for me to even do one of those, or even us, we would have to make sure we got damn near close to every song we ever did, and then you would have to pick 20 songs from a million songs. So it’s still fucking hard as hell to do that.”

THE LOX IS BLACK HISTORY. @jadakiss, @realholidaystyles, and @realsheeklouch captured by @johnnynunez at a listening session at Sony studios for a Ruff Ryders album release event. Founded in 1988 by Chivon Dean and her brothers Dee and Waah, Ruff Ryders Entertainment is a record label and management company for hip-hop artists. The company gained notoriety for their roster of clients including The LOX, DMX, Eve, Drag-On, and MC Jin.

Their albums Money, Power & Respect and We Are The Streets cracked the Top 5 on the Billboard 200 and they each released Top 10 albums as solo artists. Unlike other groups, The LOX stayed tight and never broke up throughout their 26-year run.

“We got hits,” Sheek Louch adds. “Street records and hits. If we was to get into that battle it ain’t too many, bro.”

When asked if a group like the Wu-Tang Clan was a worthy opponent for the legendary Yonkers trio, Sheek stood firm on their claims.

“It got to be like that, or like I don’t even know, man,” he says. “We got them niggas done started something records and we got them big radio hits, too. So it’s like, if you come to fucking battle us, you can’t just play them tri-state shits. We got a catalog.”

Jadakiss, who challenged 50 Cent to a $1 million Pay-Per-View battle during the height of their beef in the early 2000s, answered the question with a simple response, “We got ‘All About The Benjamins.’”

Check back with DX soon for the full interview with The LOX.