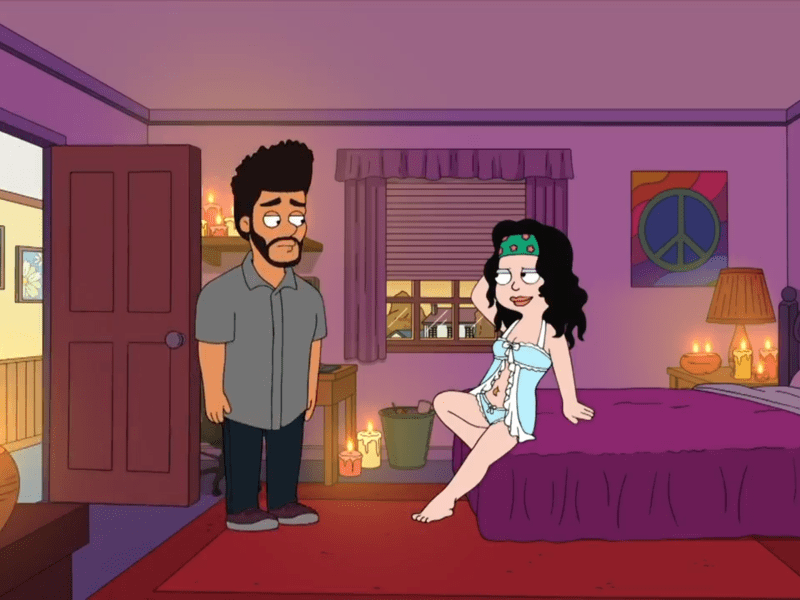 The Weeknd took his American Dad fandom to the next level by co-writing and starring in the Season 15 episode “A Starboy Is Born.” The multi-platinum singer’s animated self also debuted a comedic song titled “I’m A Virgin” on the show.

Weeknd co-wrote the episode with Joel Hurwitz, who’s penned multiple scripts for American Dad. The XO Records singer performs “I’m A Virgin” during a humorous reveal when Hayley Smith, one of the show’s main characters, tries to seduce him.

For the Billboard chart-topper, being involved in the animated series was “everything [he] wanted.”

“I’m a longtime fan of the show,” Weeknd said in an interview ith Variety. “I’ve been watching since high school, but I really appreciated it about seven years ago. It’s been running for so long, and I feel like it has a real cult following. To really enjoy the show in its entirety you have to really know the characters.”

The song was particularly satirical, considering the sexual nature of much of Abel’s work since the start of his career.

While contributing to American Dad lived up to Weeknd’s high hopes, there’s another famous cartoon he’d enjoy being part of too.

“An obvious bucket list would be to work on The Simpsons,” he told Variety. “That would be a dream — and if they’re reading this, I actually have a pretty cool idea if they’re down.”

Check out Weeknd’s “I’m A Virgin” above and view his entire American Dad episode here.