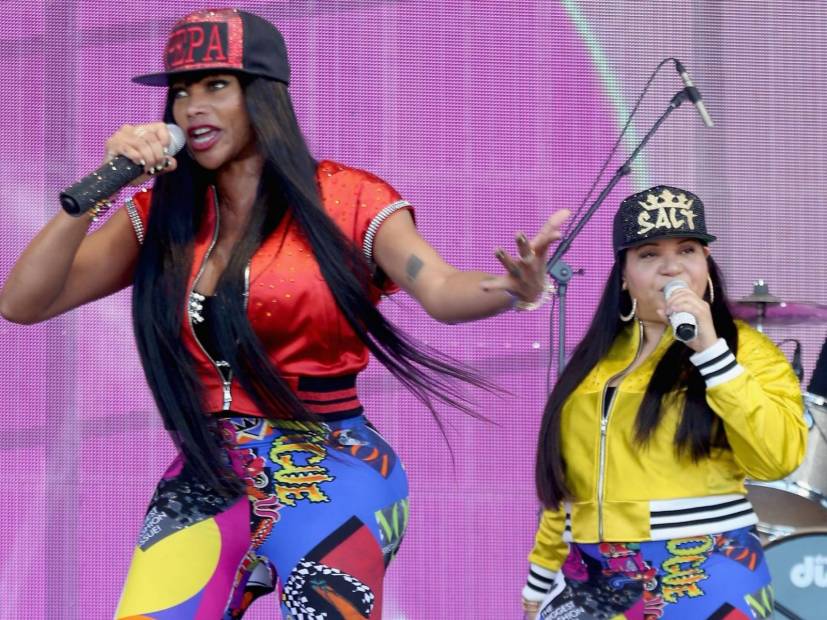 Salt-n-Pepa became a trending Twitter topic on Saturday night (April 11) after Lifetime premiered the first trailer for its upcoming biopic about the groundbreaking Hip Hop duo.

The forthcoming film is a three-hour saga chronicling the journeys of Cheryl “Salt” James and Sandra “Pepa” Denton — from their roots as nursing students at Queensborough Community College in New York City and their relationship with aspiring music producer Hurby “Luvbug” Azor to their meteoric rise to fame in the ’90s.

The trailer first aired during the debut of The Clark Sisters: First Ladies of Gospel, which also premiered on the network this weekend. But many Twitter users were outraged the two actresses cast to play the duo — GG Townson (Salt) and Laila Odom (Pepa) — look nothing like them.

Others could barely contain their enthusiasm.

The authorized biopic, on which Salt and Pepa both serve as executive producers, is helmed by actor-director Mario Van Peebles. No release date has yet been announced.

Until then, check out some of the reactions below.

Spin mentioned how salt-n-pepa made her feel like she wasn't apart of their sisterhood. they did my leo dirty. hurts my heart #LoveGoals pic.twitter.com/EK8oSEVnqK

They was better off getting Key Lo Lo and La quita to play Salt N Pepa Biopic. #lifetime #saltnpepa pic.twitter.com/tTjF6EUTXP

*My face when I saw the commercial for the Salt N Pepa biopic!* #TheClarkSisters #SaltNPepa pic.twitter.com/vUjMpHyzED

Will I be tuning in to “Salt-N-Pepa: The Movie Event”?? pic.twitter.com/5MctyKukML

Them girls look nothing like Salt N Pepa. Who casted this? pic.twitter.com/FbeNXEFxnI