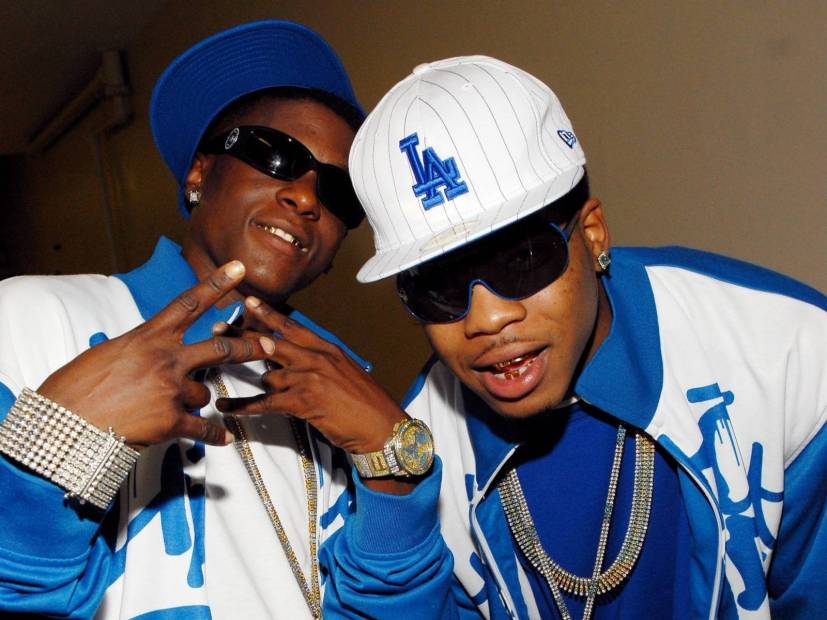 Boosie Badazz and Webbie’s relationship has been strained for at least a year. According to Webbie’s manager Derrick, their friendship hasn’t been the same since Boosie was released from jail last April.

In an interview with The Shade Room, Derrick addressed Boosie’s most recent Webbie rant and explained what exactly led to their rift.

“Webbie don’t really give a fuck,” he said. “Niggas get in their feelings and take shit out of proportion. Boosie and Webbie, they gon’ always be. It’s like peanut butter and jelly. Boosie went to jail, and Webbie was out here workin’. Webbie’s loyalty will always be Trill Entertainment. That’s what Webbie was talkin’ about. He’s a big person on loyalty. That’s all I know, and the legacy is what he’s talking about. It ain’t about no money. He’s been making money for years. It’s about the legacy.”

During Boosie’s tirade, he accused Webbie of missing several scheduled performances. He claimed when he did show up, he’d cut his set short, something Derrick also discussed.

“Everybody over at Bad Azz know, they know who to get at, when it’s business time,” he said. “We had a couple of shows, but it was never no phone call to management to make shit go how it’s supposed to go. When you pay Webbie less than what he’s worth, you should only expect three songs. If he felt like you gave him $7,000 and he wanna do three songs for that, then that’s what it is.”

Boosie appeared to feel most offended Webbie didn’t visit him while he was locked up, but Derrick provided a reasonable explanation.

Derrick hinted there could be a reconciliation in the near future, considering Webbie’s upcoming album Savage 6 likely features Boosie — but first, they need to meet up and talk.

“It’s not about the money,” he said. “It don’t matter if Webbie gave him $2,000 and they gave him $200,000. We trying to do something for the Baton Rouge family and bring that light to the world. They gotta realize that Webbie carrying the whole squad. The whole Trill squad from every artist on the squad it was him and Boosie on the top.

“Let’s sit down like grown men and handle this without having to work so hard. At the end of the day, it’s about business. Webbie got an album coming out real soon. You might hear Boosie, Gates, Master P. I don’ heard the songs. Since Boo got out of jail, it ain’t been time to get down like that. It ain’t been no slow down type conversation like me and you having. It ain’t been none of that.”

Ultimately, Derrick thinks this is just a temporary setback and the longtime collaborators will eventually work it out.

“They family,” he concluded. “I love Boosie just like I love Webbie. We want the best for both of them cuz we know what they can start. This is some different shit, It’s way different, we on some get the family and show other families how to get wealthy too.”