Hip Hop heads argue the merits of legend status all day. One maestro that requires zero debate is Teddy Riley. He birthed the sound known as “New Jack Swing,” which dominated radio for significant chunks of two different decades, crafted hits for both Michael Jackson and Prince and — oh yeah — he discovered The Neptunes and helped them on their path to generational stardom. With a legacy etched in gold and platinum, the “Original Rump Shaker” is looking to take his talents to Africa.

Riley recently connected with Audible Reality, a company that allows users to control how they hear the music. The timing of the partnership was nothing short of serendipitous as Riley was just starting to look at the future and how his love for music could be combined with his ambitions in the tech world.

“If I can be a part of designing and giving the vision for it, even better. We had a call and I told them some of my aspirations and some of the things I would love to see, and we became partners.”

The audio enhancement company fits right in with Riley’s love for innovating sound, but it’s only part of his aspirations as 2021 approaches.

“Right Now I’m working on artists that we have signed to The Artistry,” he noted. “Other than that, I’m gearing up for my trip to Africa. I’m going to Africa to see exactly if that’s the place I can reside. Specifically, I’m looking at Rwanda, which is the Silicon Valley of Africa. I’m thinking of going there to live and learn the culture in Rwanda. With it being such a tech hub, because of Audible Reality and apps I’ve been putting together I hope to make my mark over there.

Riley is certainly no stranger to globetrotting, but when it came down to it, this decision was based on a mix of personal goals and piece of mind.

“When I’m in creation mode, I like for it to be peaceful, and because of COVID and the social circumstances going on in America I desire to live [in Rwanda],” he says. “I don’t desire to live in America.”

He then pointed out he would still maintain roots in the United States at least until he can feel out the new setting, explaining, “I can still do Audible and all the projects I’m working on over there. I’ll have a temporary office until my office and the studios get built. Ultimately I’ll live in both places. If I’m more comfortable there I’m gonna live there permanently.”

The last time Riley lived outside of the United States was planned with permanence — then Heavy D passed away. While Hip Hop mourned one of its great innovators, Riley grieved for his best friend and was confronted with the reality of his own mortality.

“I moved to Korea for two years,” he remembers. “I didn’t wanna come back but the thing that brought me back was when my best friend Heavy D passed away it just made me think, I don’t want my family to have to worry about getting me back if something were to happen. They wouldn’t know what to do, so I came back, attended his memorial, and wound up living in Atlanta for a little bit.

“When I moved out to Atlanta I didn’t like it, so I moved to L.A.and stayed with my Godfather for about six months. He’s like my mentor so I took a mentorship there to see if I would stay in L.A., cause I had lived there before, then I wound up residing in Vegas.” 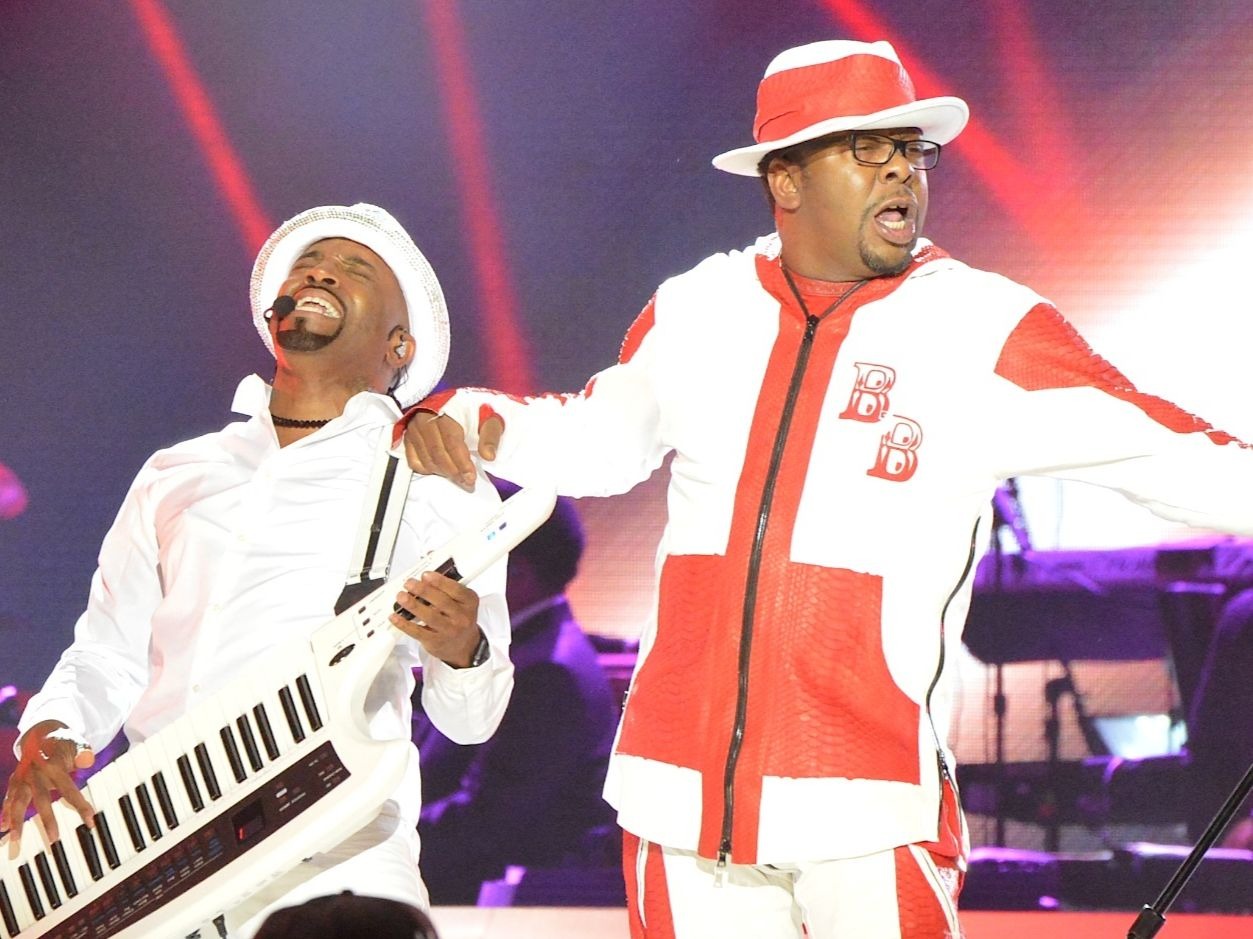 Bobby Brown Stormed Out On Teddy Riley While Recording ‘My Prerogative’

This time around, Riley won’t be leaving his family because he’s bringing them along for the journey.

“I’m gonna take a trip to Africa, take a look at the sites as I’m building over there,” he says. “I’ll be meeting the president, President Paul Kagame and his brother. Once I meet them if they say everything is great and I’m welcome, and they cosign, I’m going to start setting up shop and setting my family up to go there. You’re gonna be seeing some things I’m doing that will amaze you.

“A little segue from the music industry into technology has given me a whole different view on life and understanding how to become a billionaire. That’s my goal, and I can’t do that just being on stage. I want to be able to do something for our people over there and get a big check. I’ll do it for free if it’s for our people and our children, but other than that I don’t wanna waste my time. God has blessed me with the ability to help people and that’s what I desire to do and I want to do it over in Africa.”

In part two of HipHopDX’s interview with Teddy Riley, the “No Diggity” producer recalls discovering The Neptunes, reveals the one phrase that sparked conflict between Michael Jackson and Prince and speaks on the list of producers he feels are carrying the torch.