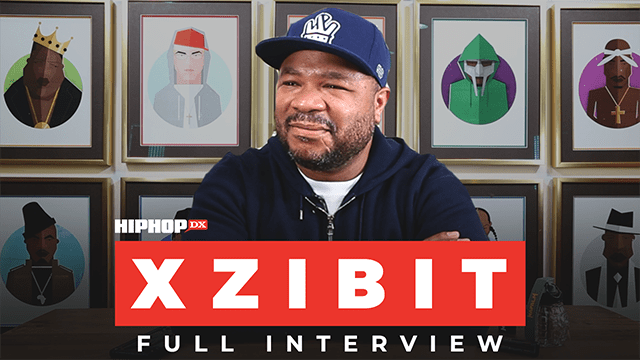 Hollywood, CA – Xzibit stopped by HipHopDX’s office to discuss his storied career before social distancing efforts were enacted to combat the coronavirus pandemic. During the conversation, the West Coast veteran recalled the glory days of his Golden State Warriors supergroup with Ras Kass and Saafir.

“At the time, Ras Kass and myself were Southern California’s golden children when it came to going out and being from the battle rap, underground scene, making a lot of noise nationwide,” he said. “Saafir was definitely our counterpart. We dug Saafir and there was no Northern-Southern California connection at the time. But Saafir stood out from where he was from too.

“And so altogether, we was like, ‘Oh we gotta be a group.’ And so we did that and we called ourselves the Golden State Warriors. And we started getting a lot, a lot of heat.”

But the trio’s name caught the NBA team’s attention. A cease and desist letter eventually forced them to be renamed the Golden State Project.

“We got the letter at Loud [Records],” Xzibit recalled. “‘Cause we kept putting out music under that label. It was just freestyle stuff. We hadn’t even put an actual project out, and it was like, ‘Yo, you better fucking quit.’”

Although fans may never hear an album from the group, X to Z says the Golden State crew’s vault might open up in December. Since the platinum-selling MC is re-releasing his Restless album in celebration of its 20th anniversary, he may throw in some previously unreleased collaborations with Ras and Saafir.

Later in the chat, Xzibit talked about his memorable run as host of MTV’s Pimp My Ride. The “Paparazzi” creator noted he never expected the show to become a hit and revealed his simple reason for accepting the gig.

“I just wanted them to play my videos on MTV,” he admitted. “I didn’t know it was gonna be a thing!”

Watch the full interview with Xzibit above and check out more videos on DX’s YouTube channel.