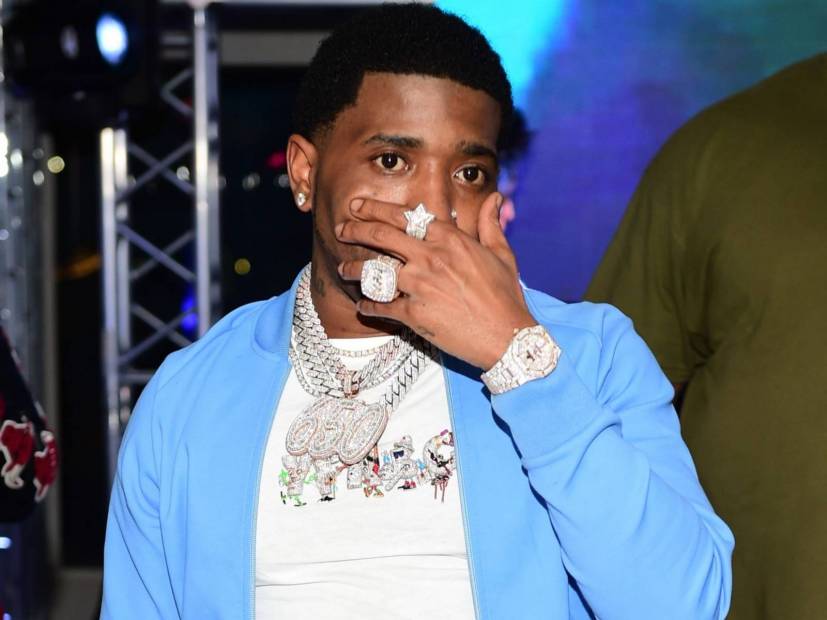 Diamond grills are big business — but they apparently also do big damage. YFN Lucci found himself a trending Twitter topic over the weekend after he had his diamond grill removed and revealed his real teeth, which aren’t exactly in good shape.

The 29-year-old rapper has been sporting the $120,000 teeth since last February. Over the past 15 months, his real teeth have been reduced to, what Twitter is calling, “baby shark teeth.” On Saturday (May 2), Lucci posted a video of himself getting his grill removed by Houston-based dentist Dr. Saif Shere of Brownstone Dental.

“I removed his grills because we needed to clean his teeth underneath and polish his diamonds and golds,” Dr. Shere explains to HipHopDX. “I then simply put them back in.”

#yfnlucci took off his grills (open the thread to see the after photo) pic.twitter.com/KWPHFDcFJq

For whatever reason, Lucci decided to snap a photo of the in-between stage and put it on his Instagram Stories — and that was all it took.

Shortly after Lucci showed off the damage, his teeth quickly became Twitter fodder.

Naturally, the jokes flew and the “baby shark teeth” descriptor seemed to be the most popular, although his teeth were also compared to a dog’s teeth at least twice and the cartoon character “No, David.” One Twitter commenter even said his teeth were practicing “social distancing.”

YFN Lucci without his grill look like this mf pic.twitter.com/md0OYkhUZJ

I click to see why YFN Lucci is trending and I then I see his yuckmouth 💀 pic.twitter.com/q6IHQbrt2h

😬 he’s gonna get veneers after this. pic.twitter.com/RUZaAA0btN

YFN Lucci got them munchers 😂 pic.twitter.com/92FdRVFERM

I see no difference. What’s up with @YFNLUCCI teeth 😭 pic.twitter.com/cA8Httdykf

Why this nigga yfn lucci look like katakuri #OnePiece pic.twitter.com/JlBbVLOnrc

Um this was like watching a horror film 😱 pic.twitter.com/7qHregIPcV

#day38oflockdown @YFNLUCCI was so bored he revealed he indeed does have "NOOO DAVID" baby shark teeth😳🤷😂😭🤣
Absolutely Nobody: …

Someone said YFN Lucci look like “No, David” and now I need a defibrillator pic.twitter.com/QVq6pk66NI