On Friday (June 26), the “Thotiana” rapper was on Instagram Live with Alexxis, telling her to “shut the fuck up” as she replied with similar sentiments. Blueface then took a smack to the face as he rapped Big Sean’s verse on Drake’s “All Me.”

#blueface baby mama who broke all his windows and scratched his car up is back . Pray for Blueface

The pair previously called attention to their intense relationship in May when Blueface shared multiple videos of Alexxis screaming and trying to break his sliding glass door. As their son cries amid the mayhem, the rapper can be heard commenting, “I got some good dick, on Crip. Damn, I got some good dick.”

In a response of her own, Alexxis claimed the incident stemmed from her son’s father’s infidelities. 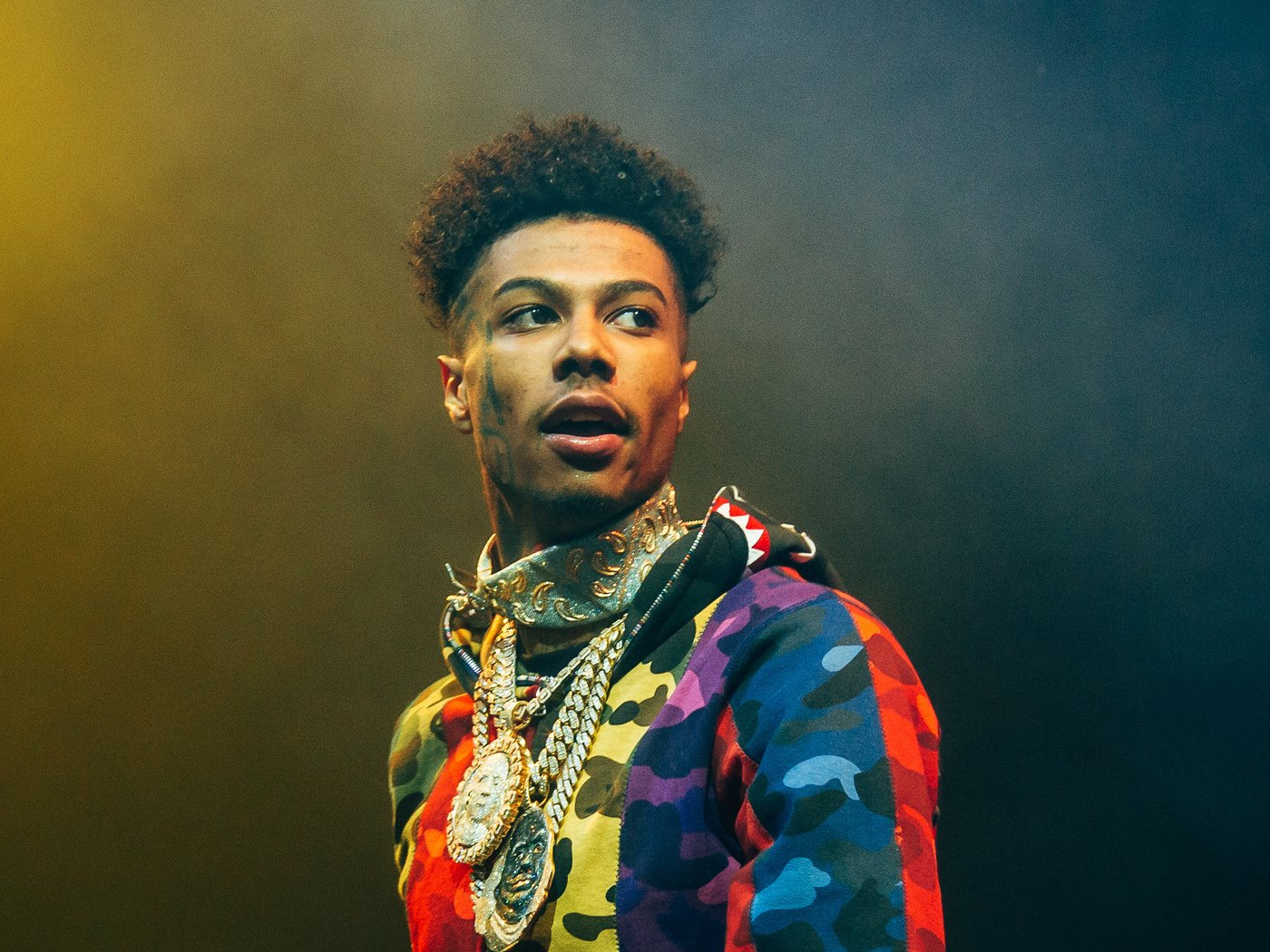 “Since we take shit to the gram,” she wrote. “Niggas lick asshole and then when bitches do the pull up they run upstairs wit a scary bitch. But we don’t see the footage of when a bitch got inside now do we babe. Yea ight no nigha, no bitch & not even the cops gon do NOTHIN. # rappers call the cops THESE DAYS [rat emoji].”

Alexxis was one of two girlfriends living with Blueface in a polygamous relationship last summer. The Los Angeles rapper reportedly kicked both his mother and sister out for the two women at one point, but things were later resolved