Hip Hop fans hoping to see Nas hop in the Verzuz virtual arena shouldn’t hold their breath. While speaking to Apple Music host Zane Lowe, the legendary Queensbridge MC praised Swizz Beatz and the platform he built with Timbaland but didn’t seem too keen on jumping in the ring.

“I talked to the Swizz, I’m really proud of what he’s built with Verzuz,” he said. “And I’m more of a fan to know who’s going to be next, so I’m calling Swizz, like ‘Who you got? Who’s next?’ I’m really a fan. I really want to know. And I think he knows that’s not what I’m trying to do, but I like to know who’s coming next.”

Nas, who’s currently doing the press rounds in support of his new album King’s Disease, also talked about working with seasoned producer Hit-Boy and how he really pushed him in the studio.

“He was able to play music for me that would conjure up these thoughts and these feelings, and I give it to him, man,” he explained. “He made it easy. It was easy to work with him and he really just cared about music and cared about making it happen in real time. I would tell him stories of things and he’d say, ‘Well, you might as well say that on the mic.’ When? ‘When? Now.’ Really? Well, if I said it like this, how you like it?’ ‘That’s dope. Say that, man.’ And I’m like, just the encouragement that he gave me was really good.

“It was really something that I needed, especially because he’s younger than me and he’s recording records for multiple artists. In the studio he’s got this room working, he’s got that room and I’m meeting different artists and he’s doing it, but he’s still focused on me, but he’s still working. ‘I’ll be back, I’m going to check on these guys in this room.’ But most of the times it was just us in the room, but he still was focused with other records and it gave me, I’m not used to working like that. I’m used to being in a room by myself, nobody’s coming in, no artists are coming in, I’m not seeing artists and nothing like that.” 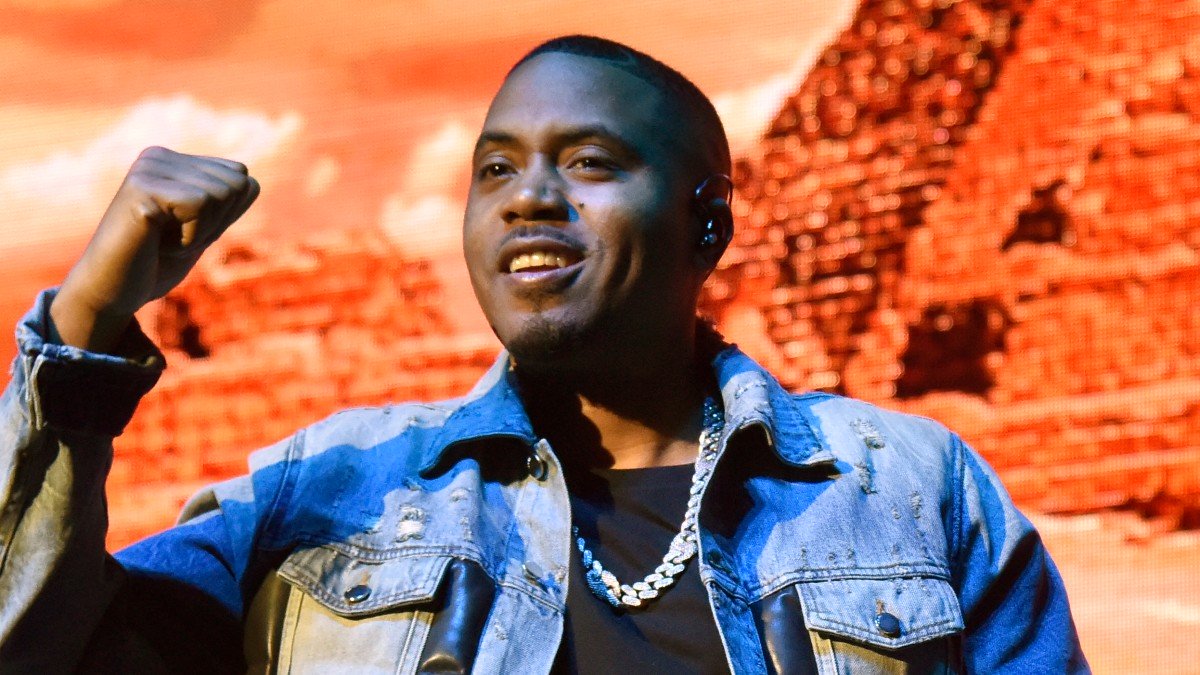 Elsewhere in the discussion, Nas talked about his mother and how integral she was in his development as both a person and ultimately, an MC.

“Yeah, she’s the one,” he said. “She’s the one who raised me. She’s a class act, man. Class act. And I was really young when she was telling me that you are not everything you’re looking at around in this environment. Just because you see it there every day, this is not you. It’s unfortunate what we’re seeing here and there, dope fiends leaning over and this and that, but this is not you. This is a temporary place that we’re going to be. We’re not staying in this one situation.

“And I love where I grew up. I love how I grew up but as a stepping stone in your journey in life and it’s like, even I remain out there, I needed to know that we’re great, and all my friends knew that they were great because what she would tell me, I would tell them. I believed in everyone. I believed in all of us, all the time.”

Other highlights include his feelings about working with Anderson .Paak, who he calls an “old soul,” The Firm reunion and why “Ultra Black” is his favorite track. Watch the full interview above.