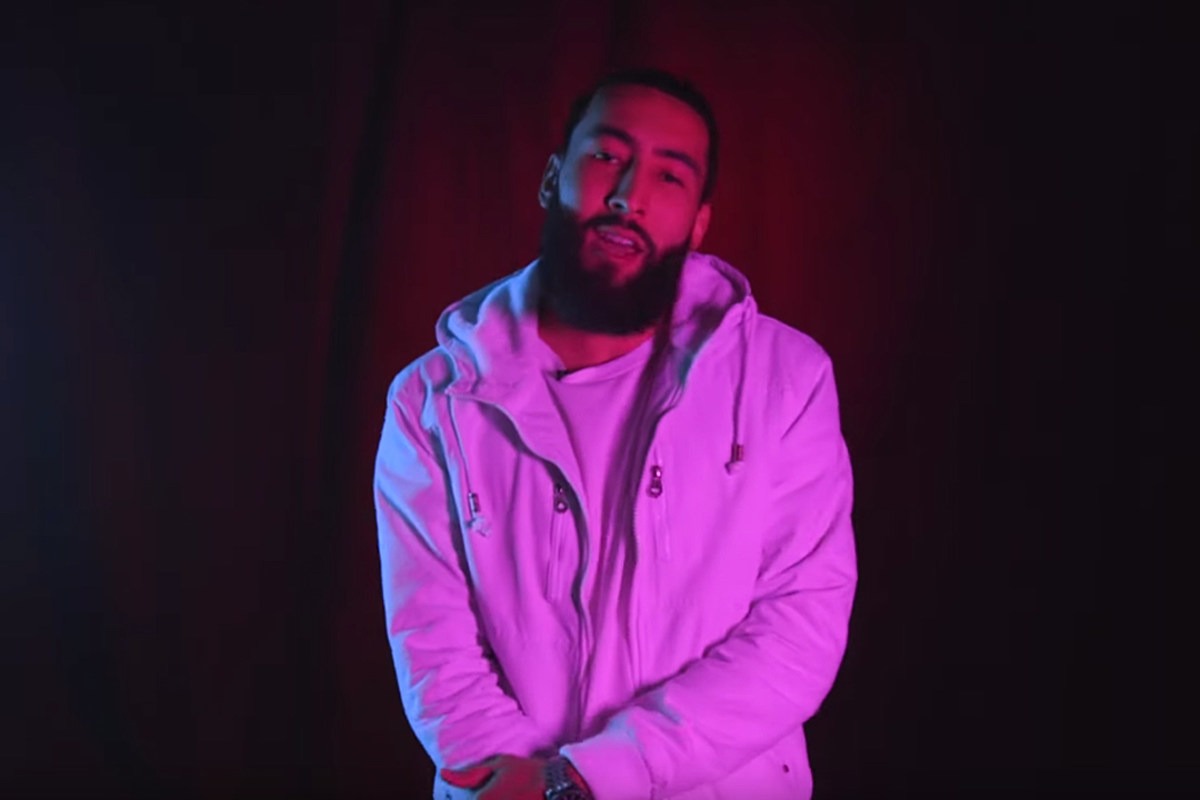 There's a certain kind of pressure that comes with being a New York rapper, let alone repping a borough like Queens, which boasts legends from multiple generations including Run-DMC, Nas, and 50 Cent. MRG, the laidback Queens rhymer who cares just as much about his bars as his melodies, doesn't run from his hometown influences. "50 Cent has the melodies, it wasn't Drake singing high notes, but it was a melody," he shares, giving Fif his props. "I think Nas is the greatest of all time." Shortly before his October debut album, Live From the Hurst 2 dropped, MRG came to the XXL office to drop a new freestyle and talk about how he got into hip-hop and more.

MRG's freestyle is centered on finding his own way. "They say it's the land of the free and home of the brave/When it's the land of the rich and home of the slaves," he raps, before explaining why he moved on from his 9-to-5. "So for a few years, I sold my soul to corporate America/For the fortune, I had to forfeit my character/But I'm still broke ’cause my salary went to Sallie Mae." A true reality for many adults who went to college these days since student debt is an increasing financial crisis.

Things are starting to look up for MRG, though: "Now XXL, started rappin' in an alleyway/But I'm a businessman, I still finesse these flows/I'm a mack, but could never Command-S these hoes."

Most rappers have a unique entry point to the genre, and MRG's story is equally as interesting. "I used to rap all the time," he begins, talking about how he started spitting when he was 9 years old. One of his first passions was football, but a freak injury led him to the mic. "I was always freestyling, but once I tore my ACL, I had nothing to do for nine months," he shares. "So I just started rapping, my boy was an engineer." And so it all begins.

A verse for a DMX album that was shelved in 2005, back when he was 18, further bolstered his confidence, showing that he could get on the radar of some of the more well-known names in rap. With some time passing and his 2017 song "Bet" getting him some traction online and locally, MRG kept working at his craft.

Check out MRG's XXL freestyle below.