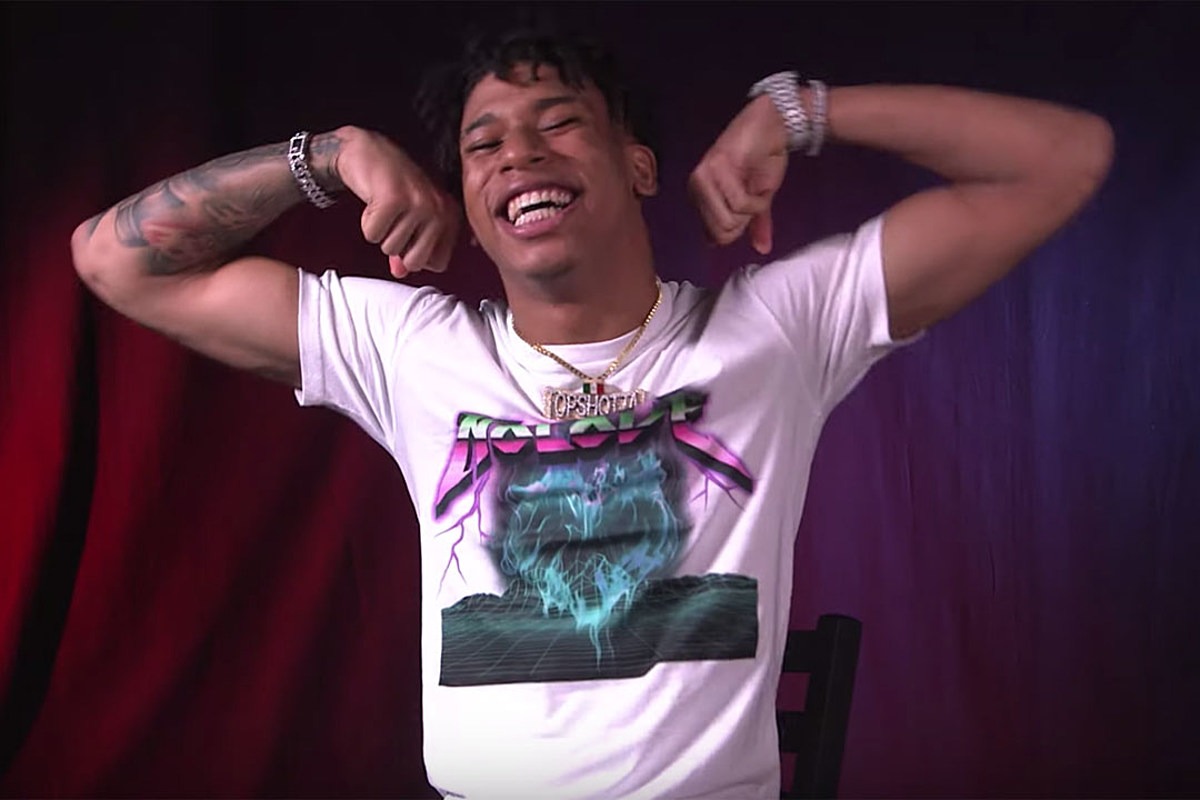 From it's very outset, hip-hop has always been moved by the youth. Last year and heading into 2020, some of the most popular rappers out are under the age of 21, growing up and creating in a completely different musical landscape from the past. Either way, the teens are shining, and one of the brightest stars in rap to watch is 17-year-old Memphis native NLE Choppa.

NLE Choppa first came to prominence with last January's raucous "Shotta Flow," in which he shows off how lyrically sharp he is while exuding a youthful energy like no other. Now, 117 million YouTube views later, Choppa is still going up. He dropped his most recent EP, Cottonwood, has an album on the way, and has become one of the biggest names to watch in hip-hop, whether it's because of his more than half a billion streams or his wild live shows. Since he's on the rise and buzzing in the game, XXL decided to test his knowledge of popular hip-hop acronyms, from newer ones to the golden era, in XXL's first episode of Rapcronyms.

The game starts out easy with the first acronym he's tested on being "NLE," which he obviously gets correct—NLE stands for No Love Entertainment. The rapper cruises through the first half of the game, notching "YOLO" ("You only live once, I think Drake made that popular, didnt he?") along the way. He also makes a ridiculous joke once he gets to "C.R.E.A.M.," but also gets that acronym correct. Shout-out to Wu-Tang Clan.

Then the difficulty ramps up a bit. When faced with "G.O.O.D," in reference to Kanye West's label G.O.O.D. Music, NLE Choppa had no answer. "Cuh, I don't even know fool, no cap," he says, followed by a laugh. "So G.O.O.D. Music meant Getting Out Our Dreams?… I don't know who the hell woulda guessed that bullshit."

After a few more classic hip-hop acronyms, we return to modern times and give Choppa "TDE." "Termination Determination Entertainment," he gives as his answer. Soon after, he realizes the answer is Top Dawg Entertainment. Then Choppa has a hilarious time with "TLOP," the abbreviation of ’Ye's The Life of Pablo album.

Check out the rest of NLE Choppa's answers in the Rapcronyms video below.