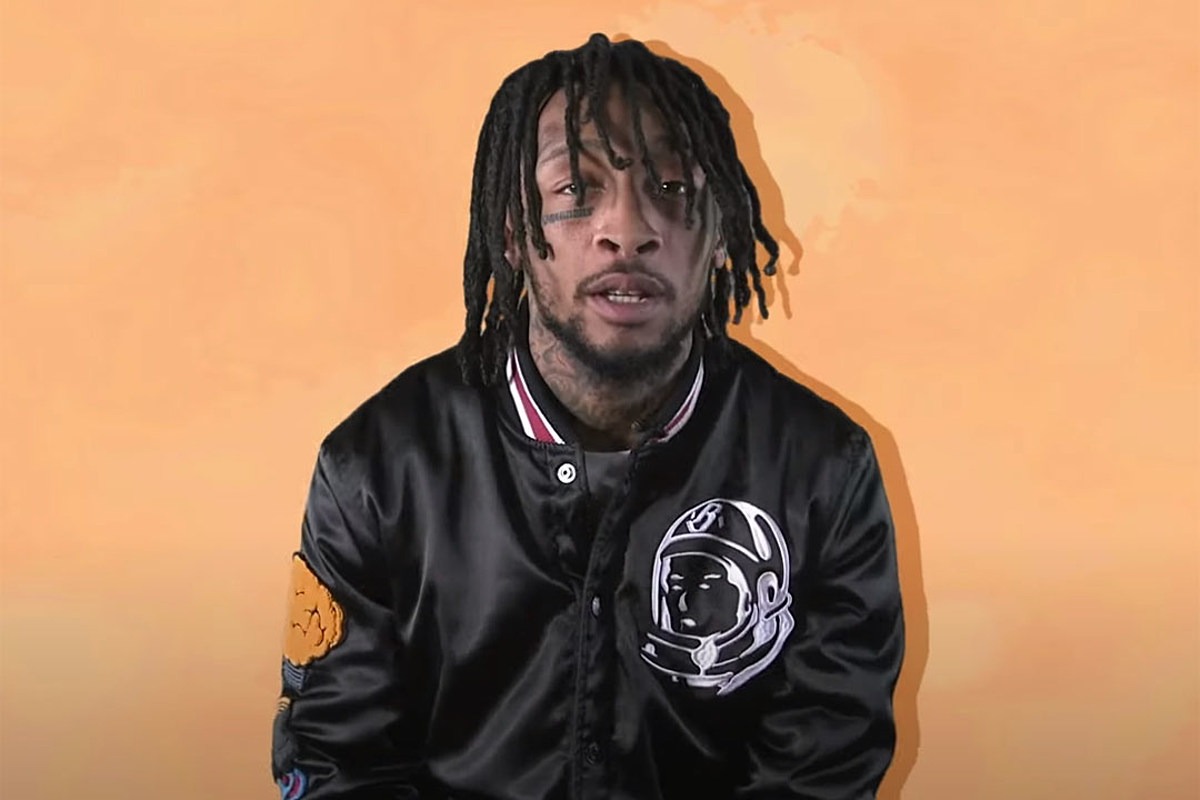 The first step in accomplishing anything is believing you can do it. As a member of the former rap group Peso Da Mafia, Shordie Shordie was happy to be a part of the crew, but he eventually wanted to go solo. That resulted in Captain Hook, Shordie's 2018 solo EP that features this biggest song to date, the catchy, platinum-selling "Bitchuary." Two years later, he's continuing on his journey to rap stardom with the recent project, >Music, which dropped earlier this month. Shortly before its release, Shordie Shordie stopped by the XXL office to give some insight on his come up in a new episode of Who Am I?.

Calling Baltimore City home, Shordie Shordie isn't shy about speaking on some of the pitfalls of the area, but still enjoyed himself as a youth. "We played football, we played sports from 8,10, up to like 11, 14," he shares of the fun activities he did back then. "Play like two years in high school, then like, shit, I'm fuckin' with the streets." Unfortunately, some of the kids around Shordie ended up on the other side of the tracks after growing up as fun-loving kids.

Eventually, Shordie found an alternative to the block. A moment in a park changed his life for good. One day in that park, his friends noticed him running through a song that he made. "As I sing the song, they catch on for real, to the point they singing the words with me," he recounts. After exclamations of "We gotta record that!," Shordie Shordie heeded that advice and realized he was onto something. "I like the feeling of them singing my music for real," he explains. "Nigga ain't come from nothin'. I came from real-life fuckin' up people lives. I never really came from making nobody happy; through the music, I make people happy."

Now that he's an artist, Shordie Shordie's day to day can be pretty busy. So what does he do when he has free time? He's gaming. "I be fuckin' with Call of Duty. I be bustin' niggas' ass in Madden," he says. The rapper makes it clear that he doesn't even play Madden, he simply wins in it. Some people have all the luck.

Watch the rest of Shordie Shordie's Who Am I? interview below to find out what he spends his rap money on, how he feels about his hit song "Bitchuary" two years later, plus more.

See 22 Things Rappers Are Crazier Than