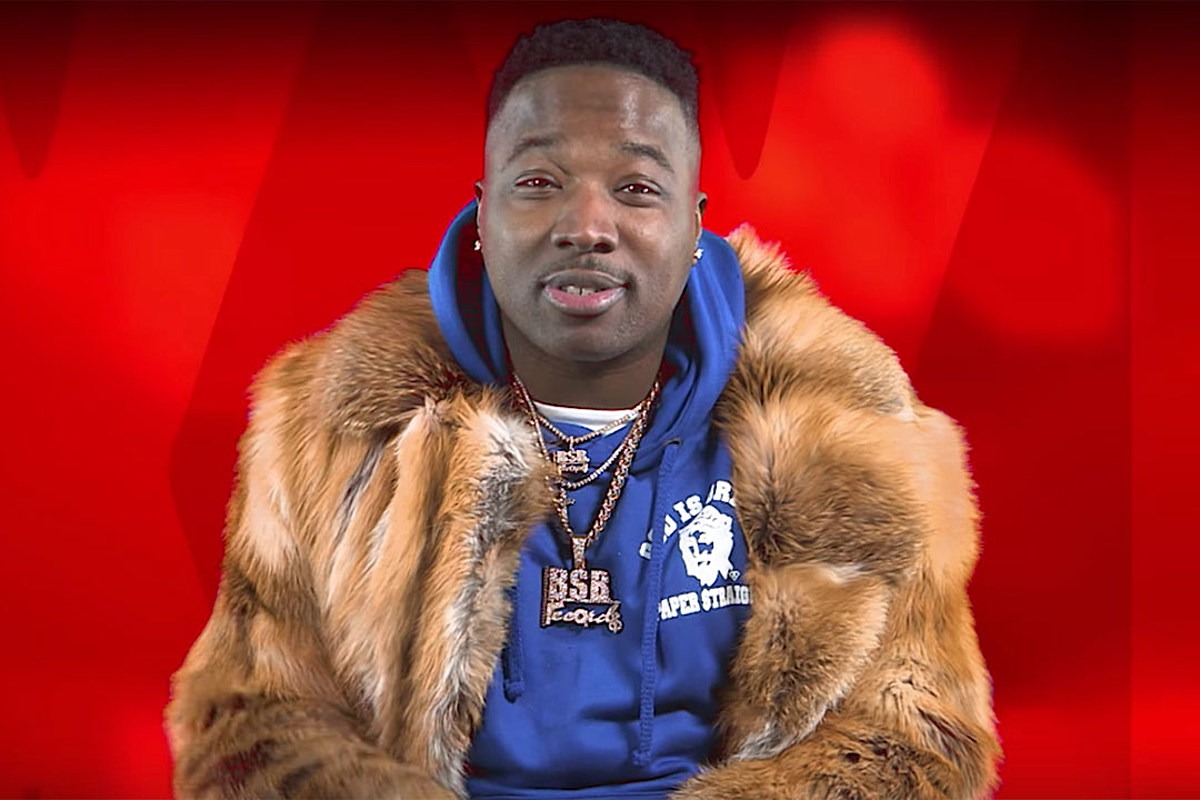 Troy Ave has been keeping a low profile lately, but he stays busy in the studio. Last December, the Brooklyn rapper dropped a new mixtape, White Christmas 7, as a gift to his fans during the holiday season. Troy is looking to shine even brighter in 2020. However, the 2014 XXL Freshman stopped by the XXL office to address the haters in Mean Comments, a series in which rappers address some of the meanest comments critics post about them on social media.

“It really breaks my heart,” Troy jokes as he pretends to give a fake cry before reading the mean comments. Interestingly, before reading each mean comment, Troy takes careful note of his haters' avatars. For the 33-year-old rapper, it helps him detect a hater instantly.

"He has a stupid picture,” Troy says about a user’s profile photo. “That’s how you always recognize a hater. They got either an egg emoji [or] nothing or a dumb ass picture.” Troy goes on to read the comment, which takes aim at his resemblance to Washington Redskins quarterback Dwayne Haskins, Jr. “I thought this was the QB for the Redskins…,” the person wrote.

Troy simply laughs it off. “He’s talking about Haskins, whatever," he says. I’m a Giants fan…whether you thought I was him or he was me, we are both still rich. Who cares.”

Another commenter pokes fun at Troy’s past run-ins with the police. “Might not be a slave to record labels but you’re definitely a slave to the police,” the person wrote in his tweet along with two cry-laughing emojis. Troy simply brushes off the remark. “I pay about $150,000 in taxes so actually the police are a slave to me, sir,” he sternly responds looking dead at the camera.

In another comment, an Instagram user wrote, “You try way too hard to be urself.” Puzzled by the statement, the “All About the Money” rapper could only respond truthfully, like himself. “What are these people talking about just be myself?” Troy asks. “I’m always myself, this is me.”

“When I be myself too much, they say, 'Oh, he went too far. He shouldn’t have said that. He should be filtered,’” he continues. “Let me tell you something. I’m not selfish, but I’m very, very stingy. [Do] you know what I’m stingy with? Giving fucks.”

Before wrapping up the segment, Troy delivers a PSA to all the haters who are sending him mean comments on the internet. "You know the smile on my face, the glow, and the smooth skin, and everything that I got going on, the fresh line-up, these are all defense mechanisms. I’m really heartbroken inside,” he jokes.

Watch Troy Ave laugh off the haters while reading mean comments below.