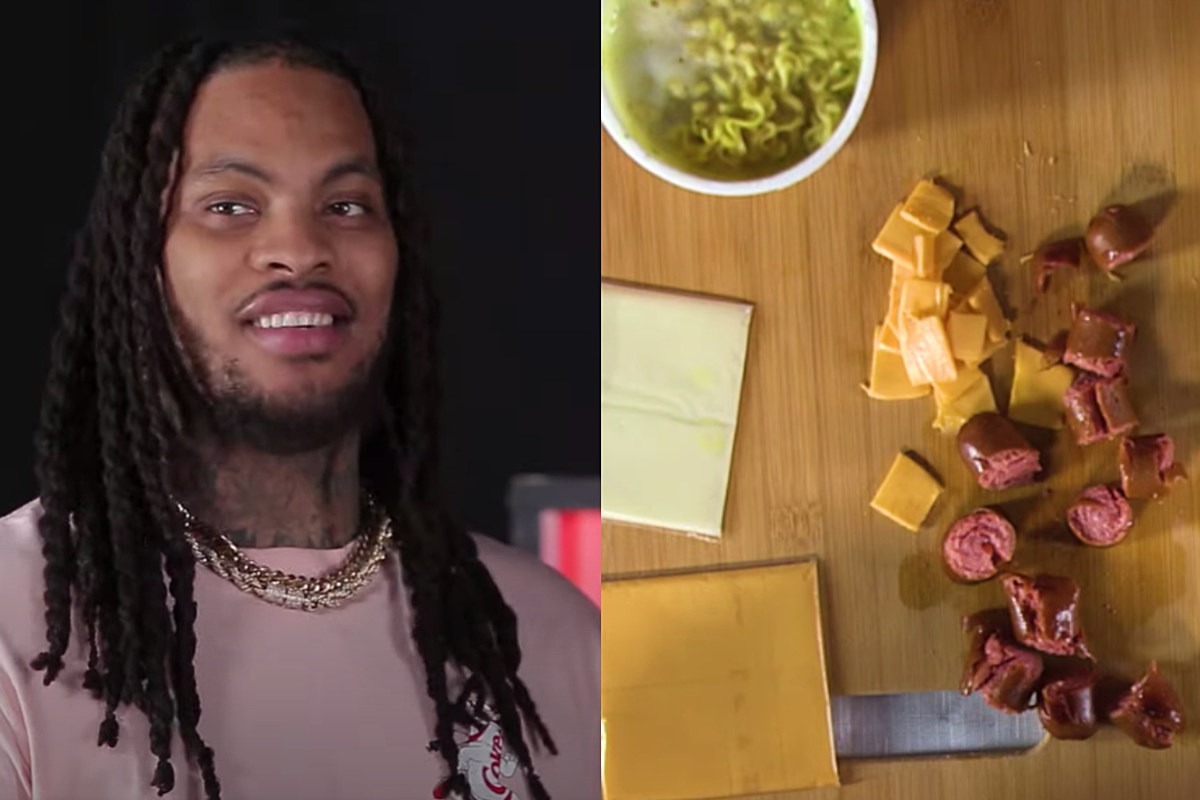 Waka Flocka Flame is prepared to give chef Gordon Ramsey a run for his money. The 33-year-old rapper recreates a treat that held him over throughout his youth for XXL's Struggle Plates series.

Watch as he turns $12 worth of ingredients into a five-star struggle meal. Starting with a series staple, the "No Hands" rapper cooks a pack of shrimp-flavored ramen before mixing in Kraft singles cheese, Oscar Mayer hot dogs, Heinz ketchup and butter. Flocka gives the dish an official name, dubbing it "Hot Dog Noodles or Ghetto Cuisine." "You put them dogs in the microwave until they bust open, no freaky," Waka says.

The rapper-turned-reality star makes a struggle plate that's easy for viewers to try at home. Once the hot dogs are ready, and the noodles are cooked and hot, Waka adds butter to the mix. "Good butter, I drown mine in butter," he says. "I eat noodles every week. Even when I heard like headline news, 'Noodles are rubber,' Guess what, I'm eating fuckin' tires then."

Between meal prep, Flocka, whose new show, Waka & Tammy: What the Flocka, is currently airing on We TV, opens up about his wife Tammy's new R&B album. "The name of her album is Conversations," Waka shares. "I told her, 'Baby, you got like the R&B Flockaveli album.' It's gonna be so good. I feel like it's gonna last for years."

After adding the cheese and ketchup ("I'm puttin' that flavor in there") to the concoction, Waka receives an A rating for his struggle plate. Before he hits the road, he also discusses his new clothing line, Dro Life, passing his homeopathic test, the release date for Flockaveli II, the accomplishments of his newest signee, La4ss, and the 10th anniversary of his lauded debut album, Flockaveli.