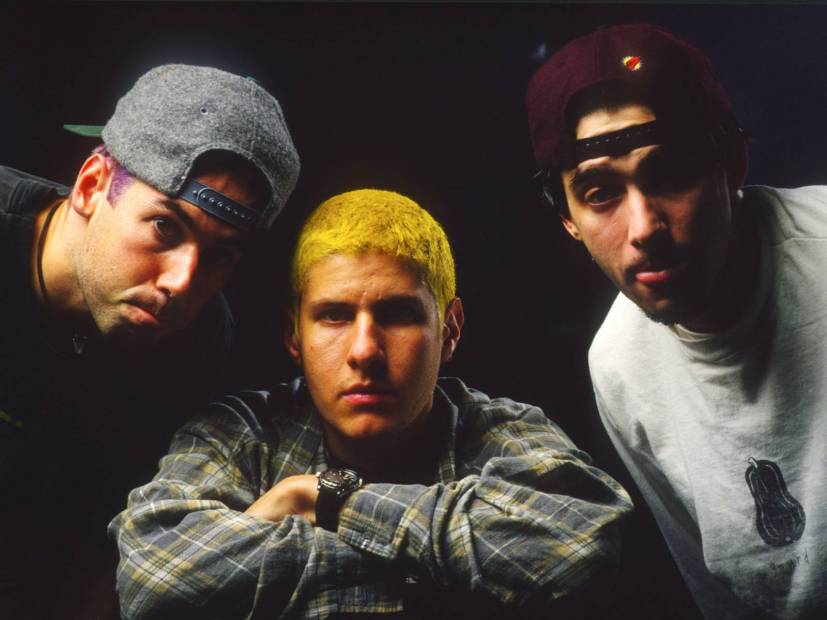 Beastie Boys’ trajectory wasn’t planned by any means — of course, not much in life really is. But their story is particularly unsystematic and more serendipitous than anything.

During a recent roundtable with HipHopDX, Ad-Rock, Mike D and director Spike Jonze spoke about the Beastie Boys Story documentary, which was released globally via Apple TV + on Friday (April 24). The process of condensing a 40-year career into two hours of footage was as tireless as one would imagine. But as they reminisced about their punk rock origins, Licensed To Ill superstardom and subsequent reinvention, they realized they’d stumbled upon a pattern.

“At the beginning of writing this show, we realized so much of our history when we talked about it onstage, was so much about randomness and happy accidents,” Mike D explains. “For us to know what was going on, I’d take the train from school, I’d get off … there were a couple of different records stores in downtown New York like this place The Rat Cage where’d we go and hang out every day.

“I’d go there because yeah, they had cool records, I wanted to hear what records were cool to listen to, but also because I knew I’d run into somebody else I know and then that person would say, ‘Oh, there’s this cool thing happening. We should go to this or we should go do that later.’ Otherwise, we would have no idea.”

Mike D adds none of their success would’ve been possible had they not grown up in New York City. When they were teenagers, Hip Hop was just starting to blossom and everyone seemed to have their hand in something creative.

“That was one of the main things we tried to explain in the book and in the show is we could have only made what we made because we grew up as these kids in New York City at this certain time when all this incredible, exciting stuff was happening,” he continues. “All this art was being made, all these incredible records were coming out of New York like ESG, Liquid Liquid and ‘Plant Rock’ that birthed Hip Hop. There was just so much happening. If we were teenagers now, we’d have all of that on our phones all the time, so it would just be a very different thing.”

Mike D concurs, “And it was accidental and random, right, because you had to go a certain place and you didn’t know which one of your friends had something to check out. Now, you check something out on your phone for two seconds and you’re on to the next thing.”

Fortunately for them, the Beasties came up in a time when things were more analog. They were continually presented with a series of formidable challenges to discover the next big thing. Had the group formed in 2020, they’re not convinced the Beastie Boys as we know them would even be possible.

On the flip side, if MCA was still alive, they might be one of the most outspoken political Hip Hop groups of the 21st century.

Prior to MCA’s 2012 death, he’d already sought out a path to enlightenment. He traveled to Nepal, met with the Dalai Lama, launched the Tibetan Freedom Concert and was really focused on righting his wrongs.

Around the time Check Your Head was released in 1992, MCA was “exploring everything,” as Ad-Rock notes in the film.

“There was no boundary he wasn’t interested in crossing,” he said. “He was in full on transformation mode. He was traveling the world, snowboarding out of helicopters, trekking in Nepal — whatever it was, he went out and found out about it. Film, music, Buddhism, meeting people everywhere in all different worlds.”

During one of the more emotional moments in the Beastie Boys Story, Ad-Rock begins to tear up as he talks about his late friend. They highlight the song “Sure Shot” from 1993’s Ill Communication in which MCA raps, “I want to say a little something that’s long overdue/The disrespect to women has got to be through/To all the mothers and the sisters and the wives and friends/I want to offer my love and respect to the end.”

The line was kind of his way of saying, “Look, we screwed up. We were immature and misogynistic then, and we want to make it up to you.” With MCA blazing the trail, it was easier for Mike D and Ad-Rock to follow suit.

“In 1999 or so, it was extra not cool to be political,” Jonze tells DX. “Adam [Yauch] starts talking about how appalling what happened at Woodstock [’99] was and that the bands need to step up and have better security, look out for women at these festivals and shows. There were no other artists talking about that at the time. It was really moving.”

Ad-Rock says, “Yeah, absolutely. Being around Adam Yauch and him saying things he did, taking stands he did publicly was inspiring for me to be like, ‘Oh, you can make fart jokes and actually also care about people and respect your place in the public, that you have a platform to say things and people will listen.’ Whether they give a shit or not, I don’t know. He was always inspiring — like if Yauch can do it, I can do it.”

While MCA may be gone in the physical sense, his legacy lives on. During the 1994 MTV Video Music Awards, MCA’s alter ego Nathanial Hornblower, who was allegedly MCA’s Swiss uncle, crashed the stage as R.E.M. was picking up the Moon Man Award for Best Direction. It was a moment they — nor Michael Stipe — will ever forget. 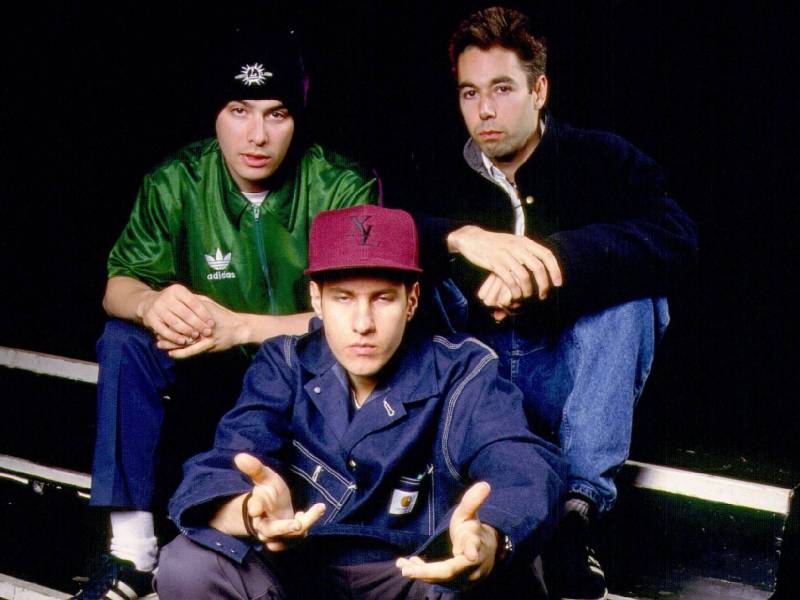 “I remember a friend of Michael Stipe’s did tell me [about his reaction] pretty soon after, when he found out what was going on,” Mike D says. “I think he was honestly surprised by getting bum rushed by Hornblower. In the moment, he thought it was pretty funny, although I did hear other people at Warner Bros. were not psyched.”

Ad-Rock interrupts, “Don’t you wanna know our reaction to Yauch’s fucking uncle doing that? I think that’s the story nobody else is talking about. I was like, ‘Yauch! What is your fucking uncle doing?’ He was like, ‘I don’t know!’ It just happened. That’s the first and last time his uncle ever came to any fucking award shows with us.”