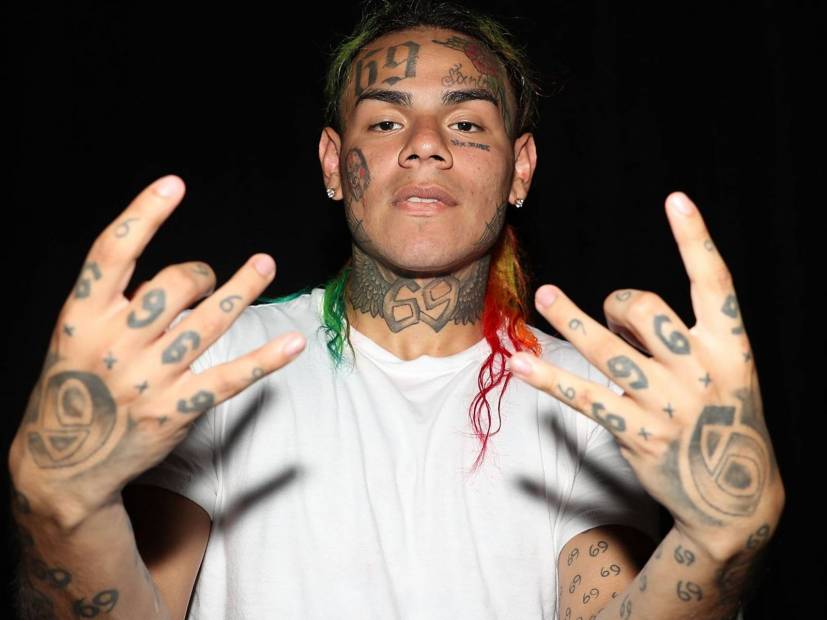 Billboard has addressed Tekashi 6ix9ine’s cheating allegations in a detailed article after his record-breaking comeback single “GOOBA” landed in the Billboard Hot 100’s No. 3 spot.

On Monday (May 18), the publication defended the calculations that put Ariana Grande and Justin Bieber’s “Stuck With U” duet at the top of the chart.

6ix9ine started making noise last week after early predictions indicated he wouldn’t land at No. 1. Billboard pointed out they had nothing to do with those charts.

“The chart forecast referenced was not created nor provided by Billboard to the industry,” the article reads. “Those with access to sales, streaming and radio data from various sources often create their own chart models and update them at their own frequency. Billboard does not distribute any Hot 100 ranking forecast to labels, management or artists.”

Billboard also made sure to note 6ix9ine wasn’t counting the streams correctly. The number listed on the “GOOBA” YouTube video shows global plays, while they only count United States-based plays. The total stream count for the single amounted to 55.3 million combined audio and video U.S. streams — not the over 180 million global streams 6ix9ine referenced.

During 6ix9ine’s tirade, he claimed Grande’s team bought 60,000 streams at the last minute and said half of those were bought with just six credit cards — something Billboard denies.

“Billboard and Nielsen Music/MRC Data conducts audits on all sales reported with access to purchase-level detail, and works with data partners to recognize excessive bulk purchases and remove those units from the final sales total,” the article continued. “All titles this week, as in every week, were put under the same scrutiny. (Billboard has reached out to Fame House/Bravado, retailer and reporter of director-to-consumer sales, for further comment about the sales data provided for ‘Stuck With U.’)

Finally, Billboard touched on why they couldn’t reveal certain information to 6ix9ine and his team.

“Billboard and Nielsen Music/MRC Data were open and forthright with all information pertaining to ‘GOOBA’ with 6ix9ine’s team,” the article states. “That includes explaining the Hot 100 methodology and how the final ranking and chart points for “GOOBA” were calculated. Billboard and Nielsen Music/MRC Data cannot, however, provide granular detail on a title to anyone but its content owner.”

Meanwhile, 6ix9ine is still trolling Billboard on Instagram. On Monday night, he shared a photo of himself holding six credit cards and wrote in the caption, “Don’t worry we are going #1 next time @Billboard.”