Blueface not only managed to topple TikTok star Kane Trujillo during their bare-knuckle boxing match on Friday (July 23), he also managed to throw hands with a fan who thought it was a smart idea to jump in the ring.

Moments after his victory at Bare Knuckle Fighting Championship 19, an unknown fan jumped into the ring and was met by a series of punches from the “Moonwalking In Calabasas” star before he was tackled by security and police before being escorted out.

Blueface fought a fan after winning his fight against Neumane 😳

The fight between influencers was nearly as lopsided as the post-fight altercation was. Routinely, Blueface popped Truillo with jabs and straights, using his very noticeable height and reach advantage to coast to a win. At one point, the rapper caught the TikTok star with an uppercut, causing Truillo to pause and look at the ref if it was a legal punch.

See this and the rest of this amazing PPV on #FITE!

Blueface’s victory inside the Bare Knuckle Championship ring is the latest in many boxing-related victories for rappers. In June, his “Moonwalking In Calabasas” co-star and 2021 HipHopDX Rising Star DDG earned a unanimous decision victory over TikTok star Nate Wyatt at the LivexLive’s Social Gloves: Battle Of The Platforms event. 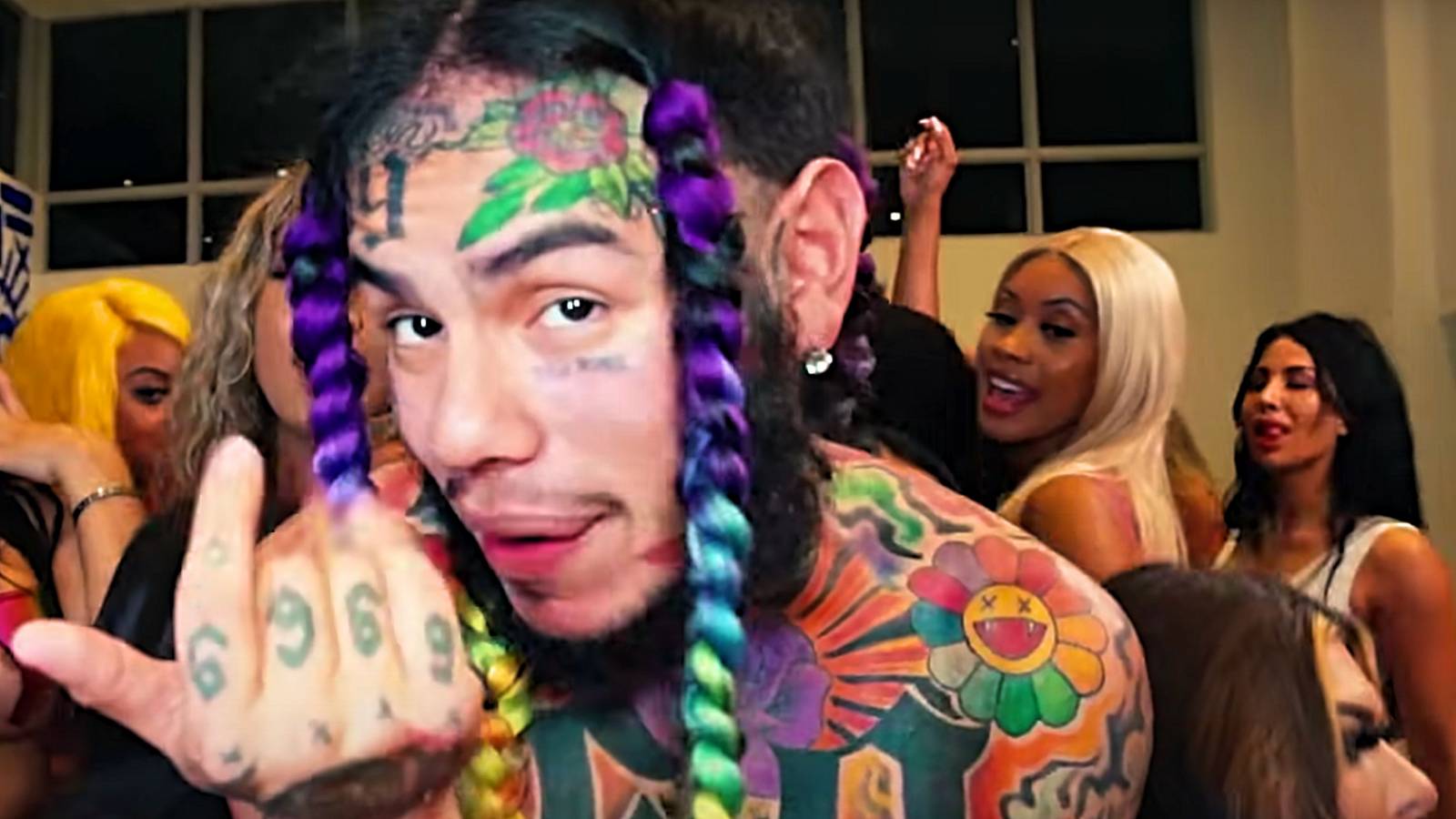 Proclaiming himself to be one of the originators of the celebrity boxing wave, Blueface may have already lined up his next opponent. 6ix9ine has spent weeks taunting Blueface in a fashion similar to old foes Lil Durk and more, riling them up via social media antics.

However, Blueface’s manager Wack 100 wants to play intermediary between his artist and the rainbow-haired rapper, offering a sit-down where cooler heads can prevail.