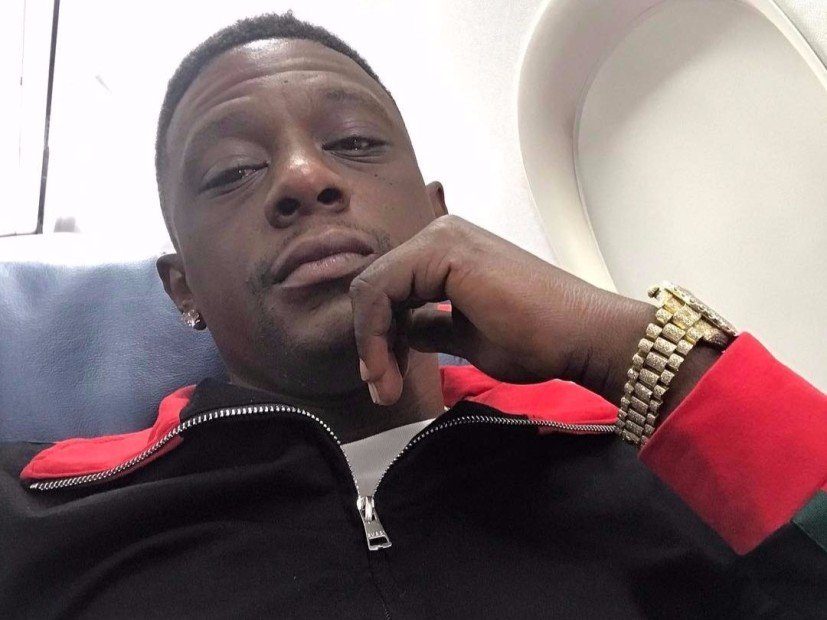 Instagram – Boosie Badazz claims to have a firm grasp on handling his responsibilities as a father and financially supporting multiple baby mamas. Any person who doesn’t believe that and posts negative comments on his Instagram posts saying otherwise will evidently be subjected to his wrath.

On Thursday (May 21), the “Wipe Me Down” co-author wrote an explosive post to his 8.8 million Instagram followers, decrying accusations he has a strained relationship with his children and he’s behind on child support payments.

“FOR U PEOPLE TO BE N MY DMS SAYING IM A DEADBEAT DAD U GOT ME FUCKED UP!!” he posted in all caps. “IVE NEVER MISSED A CHILD SUPPORT PAYMENT WITH NONE OF MY KIDS. MY CHILD WANTS FOR NOTHING … ME AND MY BMS R NOT BEEFING AT ALL. WE MIGHT DISAGREE ON THINGS BUT ONE THING ‘I DON’T PLAY WITH THEY MONEY.”‘

He added in the caption, “THESE CHILD SUPPORT CLAIMS THAT I DONT SUPPORT MY DAUGHTER IS BULLSHIT SO LEAVE ME THE FUCK ALONE.”

The Baton Rouge-bred rhymer is no stranger to dealing with flak on Instagram this year.

His reactionary post comes within a week after his emotional diatribe about his longtime collaborator and friend-turned-current foe Webbie. Boosie deleted his Instagram account following the tirade.

Also, Boosie caused an uproar on Instagram in February when he offered his hot take denouncing Dwyane Wade supporting his transgender son wanting to be identified as a female named Zaya.