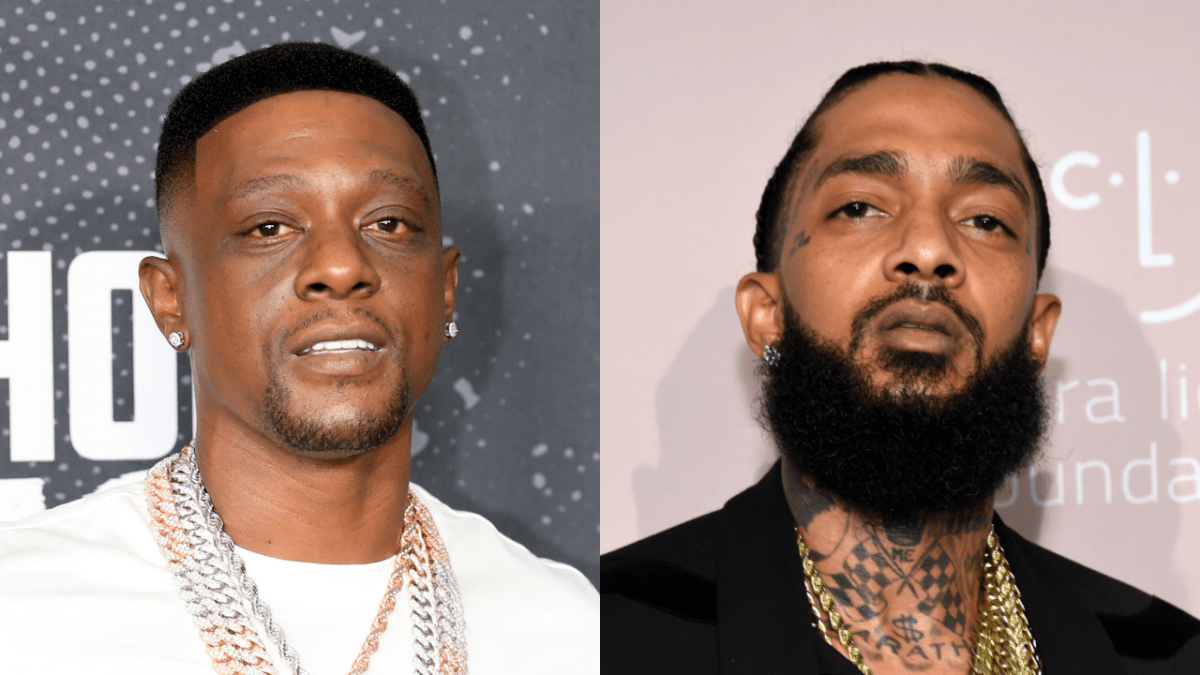 Boosie Badazz has a lot of friends in the music industry, but there’s one in particular he holds dear to his heart. The Baton Rouge, Louisiana native had a very strong friendship with the late Nipsey Hussle, and he recently reflected on the moments he shared with the West Coast legend.

During his latest interview with VladTV, Boosie shared stories of his time hanging around Nip and explained how the Crenshaw native would look out for him anytime he was in Los Angeles.

“Nip was my boy,” he said. “When I came down here, Nip gave me his black trucks and gave me a driver. Nip kind of protected me out here! He went out his way to make sure I was safe when I was out here.

Boosie went on to say he and Nipsey Hussle shared an “entrepreneur” mind and their conversations extended beyond just music. There’s one convo in particular that lingers in Boosie’s mind.

Boosie Badazz — who worked with Nipsey on the 2008 track “Thuggin” — also reacted to the rapper’s alleged killer, Eric Holder, recently getting jumped while behind bars.

“I was hoping I’d hear something different,” he said. “I mean, it was a pretty good job. You know, that’s a boss. I would have much rather heard something worse.”

Nipsey Hussle’s murder trial is currently underway in Los Angeles, California, but a judge delayed the hearing last week after “multiple” inmates assaulted Holder with a razor blade. The beatdown was so bad Holder needed three staples in the back of his head to seal a cut.

Photos of Nipsey’s alleged killer surfaced online, showing him with a swollen left eye, swollen lips and cuts on his head.