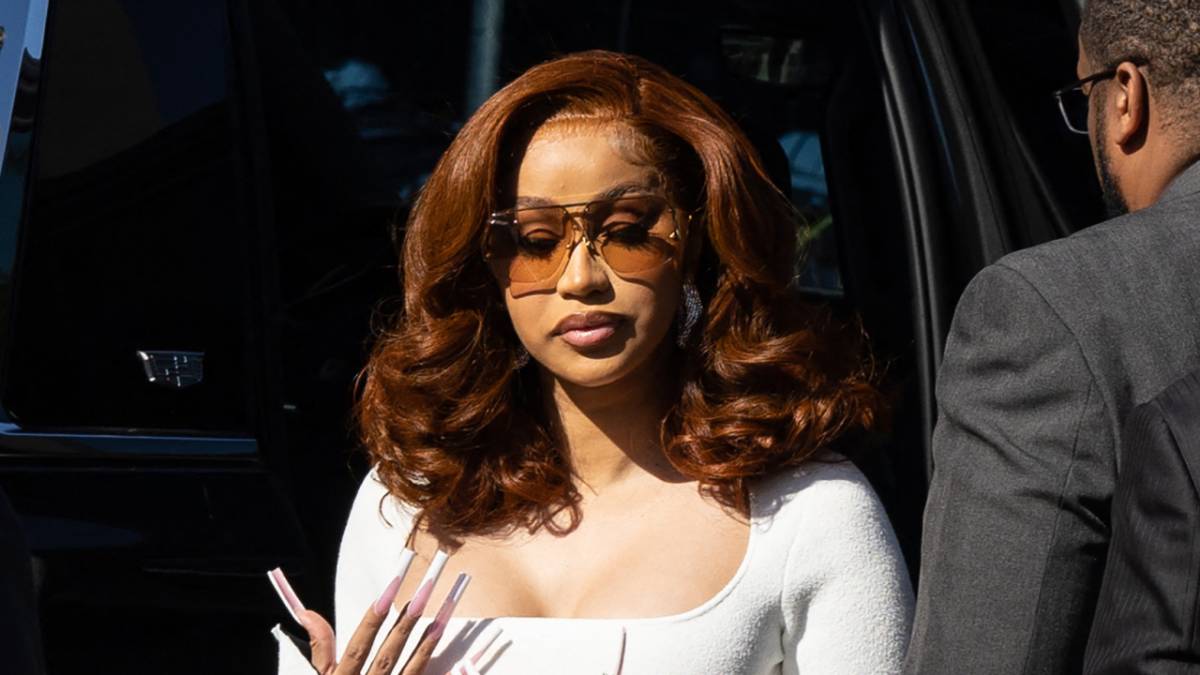 Santa Ana, California – Cardi B got into a heated exchange with an opposing lawyer during the rapper’s mixtape artwork trial on Wednesday (October 19), with tensions becoming so high the judge threatened a mistrial.

According to the Associated Press, the Bronx native repeatedly sparred with attorney A. Barry Cappello — whose client is suing Cardi for misusing his likeness on the cover of her 2016 mixtape Gangsta Bitch Music, Vol. 1. — while taking the witness stand.

On two separate occasions during the hearing, Judge Cormac Carney dismissed the jurors from the Santa Ana, California courtroom in an attempt to quell the bickering. The second time, the judge told Cappello he had “totally crossed the line” and threatened to declare a mistrial.

The $5 million lawsuit centers around claims made by a California man named Kevin Brophy, who says his back tattoos were Photoshopped onto Cardi B’s mixtape cover without his consent. His body ink appears on a male model whose concealed face is positioned suggestively between Cardi’s legs.

Cardi B, real name Belcalis Almánzar, took exception to Brophy’s previous claim that the artwork had “humiliated” him and caused him “hurt and shame,” instead claiming that he has been “harassing” her in hopes of scoring a handsome settlement.

The Invasion of Privacy rapper also grew irritated by Capello’s suggestion that Brophy’s distinctive tattoos on her “raunchy” mixtape cover had somehow contributed to her meteoric success.

“[I have been] working my ass off [for] two kids,” she snapped back, while saying it’s “really insulting to me as a woman that a man is claiming responsibility.”

After taking a short break, the judge allowed questioning to resume but placed limitations on both sides. “We’re at a point where it’s just not productive,” he said. “We’re arguing with one another. It’s unprofessional and our brand [of the U.S. District Court] is being diluted.”

Cardi B is set to have a busy week in court as the trial is expected to continue on Thursday (October 20), with a verdict being announced on Friday (October 21).

Founded in 1999, HipHopDX is an online publication dedicated to Hip Hop news, interviews and critiques. Our content exists on multiple platforms across digital, including video, podcasts and social. While HipHopDX is based in the U.S. we have international teams in UK, Asia, Germany and Latin America.