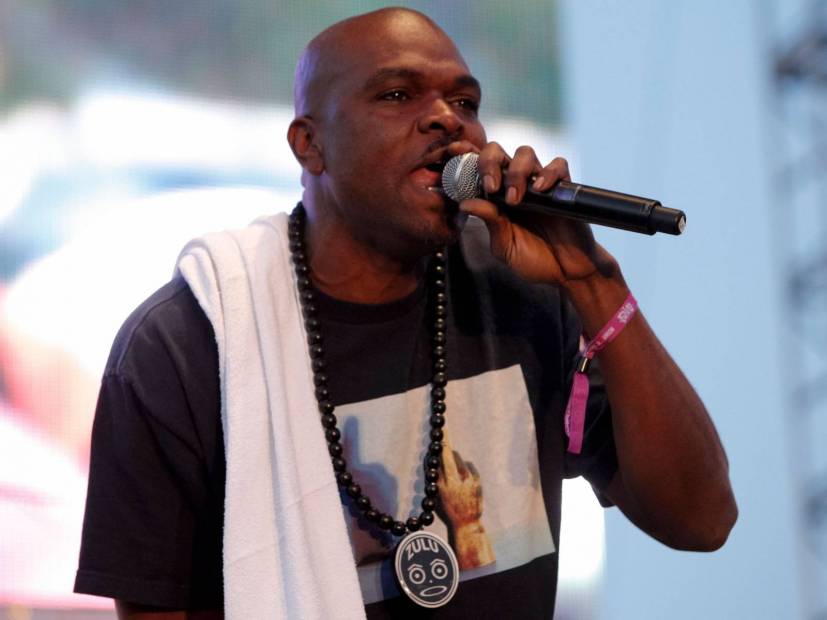 Bay Area, CA – The concept of “big head science” isn’t really that difficult to comprehend — especially when Hieroglyphics’ Casual explains it. During a recent interview with HipHopDX, the tenured Bay Area MC laid out why he named his latest solo project Big Head Science.

“It has multiple meanings, but the most obvious meaning is the science of getting some big heads,” he tells DX. “Really, it’s economics, but if you say economics people will be like, ‘That sounds boring.’ But if you say big head science, it’s kind of a little bit more intriguing to a young dude trying to figure out how to get his big head. The little bills are called big heads and so, people on the streets refer to them as big heads.”

I gotta thank my man @mikeymothemc another well respected emcee and longtime supporter of Casual. #Salute Check out his video Freedom ain't Free and see how we support each other in Hip Hop!!!! You the man bruh. Imma remember this! #ThanksForTheSupport #BossesWillBeBosses #RealPeopleDoRealThings #BHS #100Album

But here’s where things get deep.

“Let me twist it and tie you into a few things,” he says. “Elijah Muhammad of the Nation of Islam said Yakub was the big head scientist who created the white man. Now, I’m not a black Muslim or anything but we are living under European economic systems and we’re the ones who would want to focus on what that is all about, in order to understand how we’re relegated to the bottom of this caste system economically with opportunities and everything.”

“I’m simply saying, ‘Yo, if they wanted to go there, I could really show the deeper meaning to big head science. Actually, the big had scientists who supposedly did this stuff — this is allegory and stuff I don’t believe in, and I don’t buy into none of this, but I am willing to put my twist on it, so that the meaning for my album can have a double or even triple entendre of meanings. People will see different things when they look into that title.”

Big Head Science, which Casual has already released on his BandCamp page, is currently available to stream for free or fans can pay $100 per copy, which is happening way more frequently than one would expect.

“Others probably have tried, but no one has reached success from a level where Alchemist bought my album and supported. Everlast [House of Pain] bought it and supported. Lil  B just posted on Twitter to tell all of his followers to go get it and it’s $100. He’s the shit for doing that too. Having that type of support at these late stages in Hip Hop just feels good.”

If you've been on the fence about being an early supporter of Big Head Science you still can support on May 1st by streaming it. As you can see here, it's early supporters who give a project life when it most needs it. At birth. Especially when one's highly respected peers step up for"em, it means so much. Validating a movement. The type of things you never forget. #RealPeopleDoRealThings #BigHeadScience #thealchemist

The digital era has been good to Casual and his Hiero brethren. In addition to their booming online merch store, they’re now able to interact with their fanbase on a whole other level.

“There’s not a real big separator,” he explains. “You really don’t really need a record label like you used to back in the day. And that’s also one of the biggest hurdles to hop over is that I had to relearn how to be a artist that’s productive. Consistency and your production rate means a lot more than it meant back then. Back then, we could put out one album a year. You really can’t do that now. I mean you can, but nowadays things move so fast, you won’t be relevant putting out a album a year.”

While the coronavirus pandemic has brought the music industry to its knees, Casual is using it to his advantage.

“It’s having a positive effect on me,” he says. “I’m not trying to be thematic, but big head science is real for me. We think the economy collapsed and I was like, ‘Great. This is a perfect time for me to unfurl all these new ways I know for independent artists like myself to make money.’ Humbly, I’m not no pushover. My brainchild, I’ve hosted the biggest music festival, at least in the Bay Area, for the last 10 years — Hiero Day. 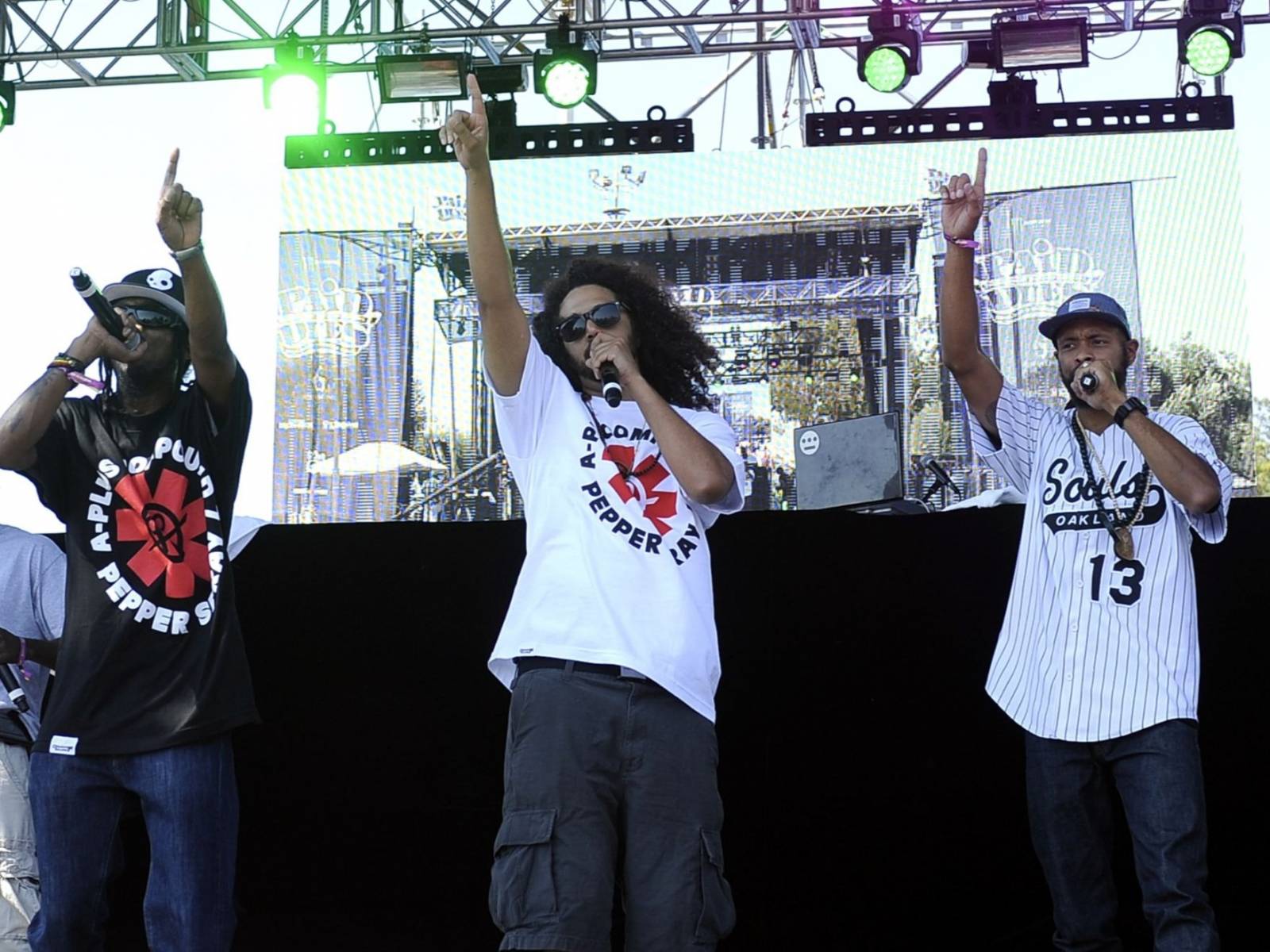 “The majority of things that we do, we do them without income. So when everybody in Hip Hop took a hit with this quarantine just like every other industry … people lost lots of money and shows and so I’m like, ‘Man, I’m not taking no L. I’m a thinking man and I have time to think now. This is what quarantine has given me. I can take some of these days and figure out a few new stencils to present to Hip Hop in order to show people the new ways to get money in art.”

MAKE SURE YOU SUPPORT THE LEGEND @Smashrockwell CASUAL AND BUY HIS NEW LEGENDARY ALBUM " BIG HEAD SCIENCE " ITS LEGACY MUSIC FOR THE CULTURE!!!! https://t.co/QObOLXK1vt

“That’s basically the theme of my life,” he concludes. “But all of my social media during the release of this album don’t concern big head science. For instance, everybody lost all their shows for at least this year because all of the promoters don’t want to pay deposits in order to get artists to secure dates that they don’t know what will happen.

“That means every artist in the music industry has a clean performance slate. I’m looking at the positives of this thing. That means not one artist got a booked show no matter who you could think of, don’t nobody got no booked show right now because it don’t work like that, so here we go!”

Those who cough up the $100 for the album receive a bonus song, video shout-out, t-shirt and social media mention from Casual. Big Head Science officially arrives via all streaming platforms on Friday (May 1). Until then, get a sneak peek above.