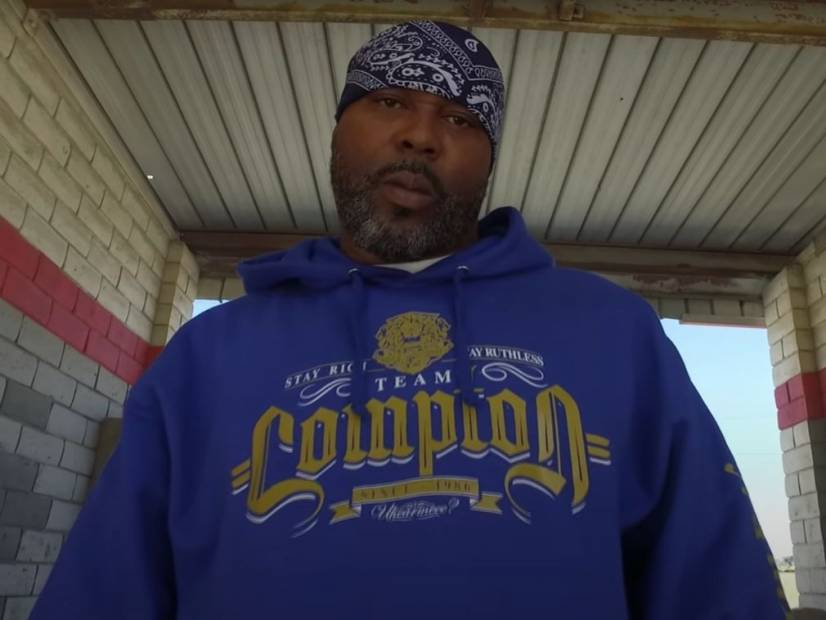 HipHopDX Premiere – Tha Chill is back with the third single from his upcoming FOHEAD album, “LOST.” The Compton’s Most Wanted vet felt it was only natural to recruit fellow gangsta rap legend MC Ren to round out the track.

Throughout the track, both MCs tap in to their vast experience in the industry and analyze the current state of the culture.

“I felt like while everybody posted at the crib and got time to listen, it’s only right I give them something to think about when it comes to our culture,” Chill tells HipHopDX. “It’s also only right I do it wit a vet from my side on some cocky shit, so I brought Hall of Famer MC Ren with me from legendary N.W.A on this joint. As for the video, being G enough to speak on these things is just as cocky ’cause I hold legendary stats in my veins as well.”

Chill adds, “I just feel like the game is lost and now that we dealing with the reality of how the world is set up, it stamps the fact that these fancy cars, fake ass chains and flossy type of lifestyle is and can be for sod. At the end of the day, we gotta survive any lane we in as a musician, artist, ball player or any lane you in. Being real with yourself and your culture says and means everything about your craft, and these fools in my lane of work is lost!”

He concludes with a call-to-action: “Wake yo’ punk ass up. We are the culture, not these clowns you think is. Just facts.”

“LOST” follows Tha Chill’s previously released singles, “Hard In The Paint” with Kurupt and “The Hook Up.”

FOHEAD is expected to arrive on May 15. Until then, watch “LOST” up top and check out the tracklist below.