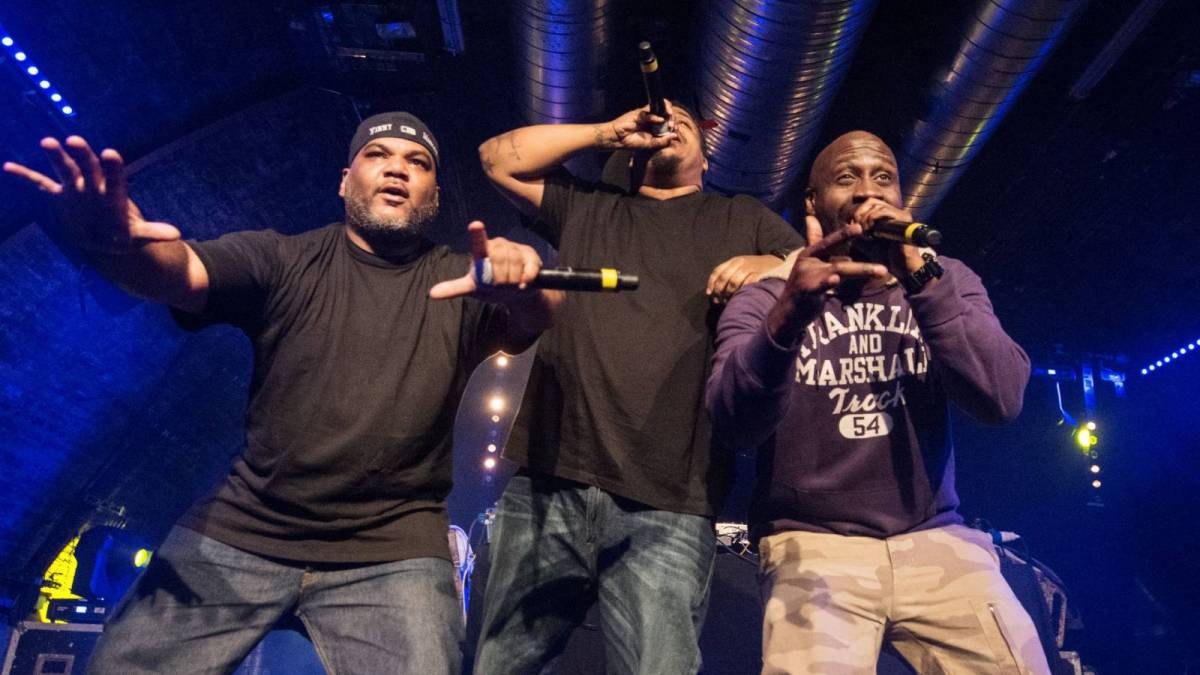 De La Soul has reunited with longtime producer Prince Paul for what appears to be new music.

Golden era Hip Hop fans were put on notice Wednesday (August 10) when Prince Paul shared a group photo of himself, Maseo, Black Sheep MC Dres (and fellow member of the Native Tongues collective), Posdnuos and engineer Scotty Hard to his private Instagram account. He wrote in the caption, “And then this happened.”

HipHopDX immediately reached out to Paul for comment, but all he could offer was, “I’ve been sworn to secrecy.” Maseo was equally as cryptic, offering DX a series of GIFs that only heightened the anticipation.

De La Soul poured fuel on the fire on Friday (August 12) when they posted another Instagram update of what looks like cover art.

Featuring cartoons versions of all four of them — Maseo, Prince Paul, Trugoy The Dove and Posdnuos — the post came with the caption: “The Magic is Happening. #staytuned @djprincepaul @plugwondelasoul @vinnymerlot @wearedelasoul @amycinnamonart.”

Prince Paul produced three of De La Soul’s most celebrated albums: 1989’s 3 Feet High And Rising, 1991’s De La Soul Is Dead and 1993’s Buhloone Mindstate. But for the trio’s fourth effort, 1996’s Stakes Is High, they decided to self-produce most of it with the help of J Dilla, Spearhead X and Skeff Anslem, among others.

Speaking to DX in 2012, Paul — who was a member of Stetsasonic in the 1980s — talked to former Editor-In-Chief Justin Hunte about his relationship with the group and what the nickname “Plug 4” meant to him.

“For me, it means ‘mentor,’” he said at the time. “I still stick by that name. Even though I was only a year or two older, I would like to think my life, experience, and wisdom – especially with Stetsasonic – kind of gave me a little edge in teaching the youngsters [laughs]. That was always me. It was always wanting to help them.

“That goes back to us parting ways. I knew we would be better apart than together and I didn’t want to lose friendships. We’ve always been cool. Whether it was equipment or about the music business at the time – which looking back was really nothing – and everything else, it was just so they could develop themselves as individuals.”

De La Soul’s latest album, And The Anonymous Nobody…, arrived in 2016 with contributions from Talking Heads’ David Byrne, Little Dragon, 2 Chainz, Snoop Dogg, Gorillaz frontman Damon Albarn, Estelle, Usher and a bevy of others. The project peaked at No. 12 on the Billboard 200 and was nominated for a Grammy Award in the Best Rap Album category at the 2017 ceremony.