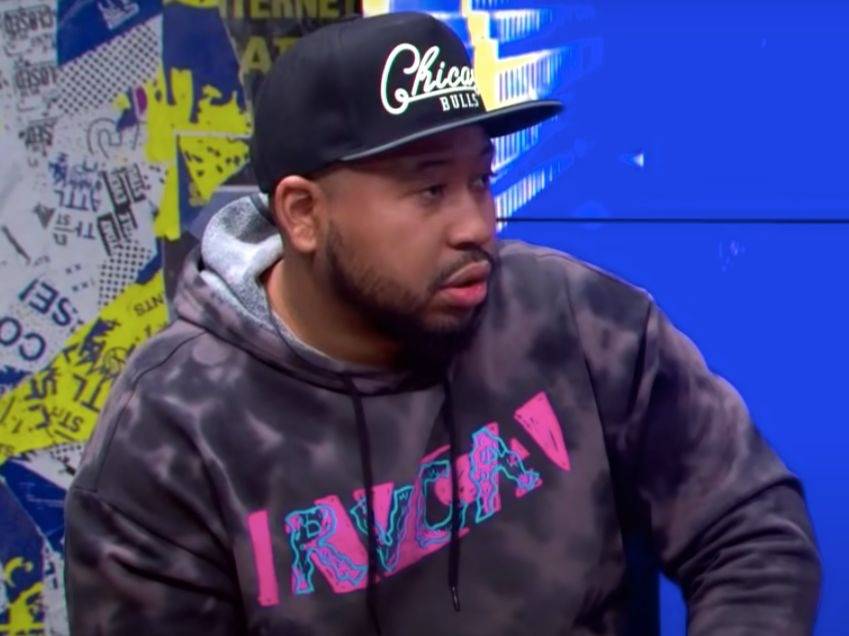 Everyday Struggle co-host DJ Akademiks has been riding for Tekashi 6ix9ine since “GUMMO” exploded in 2017. Their close relationship put him at the center of controversy following 6ix9ine’s November 2018 arrest when Aks was accused of being a “snitch” in the now infamous racketeering case.

Days after 6ix9ine was taken into custody, Aks denied any involvement in the case, explaining to TMZ his job is to simply report the latest in rap news.

“[I have] zero connection to this criminal case against Daniel Hernandez & other co-defendants,” he said at the time. “I view them as good people to me. All these charges are a shock to me and do not involve me. I have never been questioned or much less cooperated in this. I am just a news reporter.”

Stop playin wit me …. who made this?

Now with the polarizing rapper finally out of the Queens Detention Facility, Aks is continuing to support the 24-year-old Brooklynite — despite 6ix9ine’s soiled reputation in the Hip Hop community. On Tuesday (May 12), Aks hopped in 6ix9ine’s Instagram comments and claimed he was going to turn his own IG account into a 6ix9ine fan page.

“I’m turning my page into a 6ix9ine fan page and putting it on private,” he wrote on the since-deleted post. “Who else thinks that’s a good idea???”

6ix9ine was granted a compassionate release from prison last month. Judge Paul A. Engelmayer deemed his asthmatic condition put him at a higher risk for COVID-19,  so he’s being allowed to finish his sentence from home.

Engelmayer loosened 6ix9ine’s restrictions earlier this month and gave him permission to shoot a video in his backyard for up to two hours and record in his home studio for up to eight hours a day.

As a result, 6ix9ine made his grand return with the record-breaking “GOOBA” video on May 8. Within 24 hours of its release, his comeback song reeled in over 43 million YouTube views, smashing a record previously held by Eminem. His Instagram Live session — his first public appearance since his arrest — also broke a record with over 1.9 million viewers.