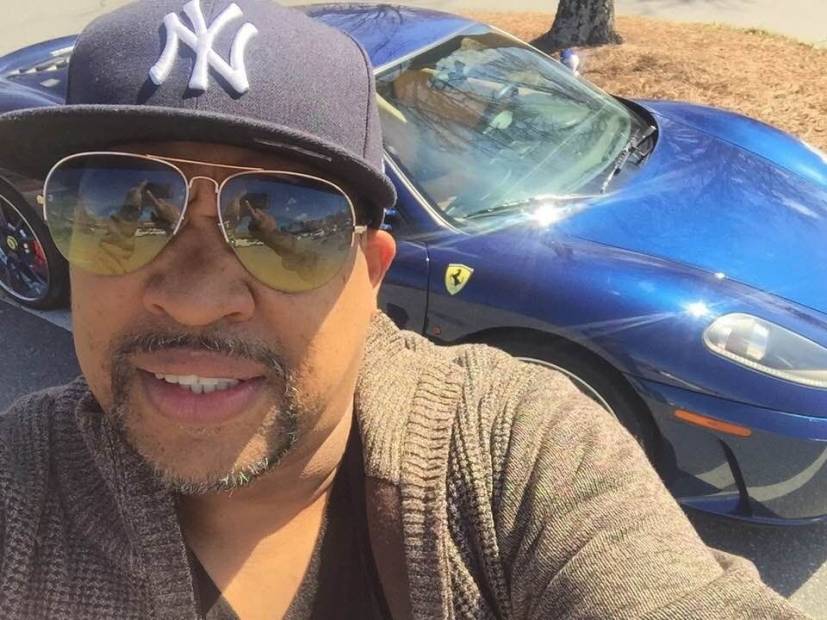 Stezo made his debut as a dancer for EPMD, appearing in the video for “You Gots To Chill” from the 1988 classic Strictly Business.

But in 1989, he stepped out on his own in pursuit of a solo career and signed a deal with Sleeping Bag Records. His released his first 12-inch single “To the Max” and followed with his debut solo album Crazy Noise, which peaked at No. 37 on the Billboard R&B albums chart and included the single “It’s My Turn.”

Following Crazy Noise, Stezo retreated from the spotlight for roughly five years. But in 1994, he returned with the “Bop Ya Headz”/”Shining Star” single and followed up with his sophomore album Where’s the Funk At in 1997, although he failed to garner the success he found in the ’80s.

On April 22, Stezo shared an Instagram post promoting his barbershop business S & S Cuts in Charlotte, North Carolina. That would prove to be his final post.

We already ahead of the game, we open up 2 weeks before the pandemic shut us down, but when we open back up, we have a 2 man shop and operate by appointments mostly, me and my partner Spencer didn’t know how important a 2 man shop would be in the future, we started off social distancing and didn’t even know it. It’s not about how many barbers you got, it’s about how safe you can keep your clients, social distancing at its best, god moved us at the right time and thanks to our loyal customers that keep us in business, see ya soon.

A roster of Hip Hop artists are expressing their condolences on social media. Erick Sermon reacted on DJ Chuck Chillout’s Instagram page, writing, “NO WAY. Too much death around,” while Masta Ace replied with shock, “Whaaaaaat?! RIP..smh.”

R.I.P. STEZO
You Made Sure That "THERES NO WAY THAT THE CROWD COULD SIT DOWN"…
Condolences To Your Family🙏🏾 pic.twitter.com/OjDMqocEhq

R.I.P STEZO!! It's my turn was the dance anthem back in the days!!

This is gonna happen a lot. Before Hammer’s pants, there was #Stezo…before we all abused that #SkullSnaps #ItsANewDay break…there was Stezo. Before #AtomicDog fed an ENTIRE GENRE….there was Stezo. While your favorite rapper was asking so & so & such & such to do some beats for em….Stezo was doing it all himself. I mean for gods sake this man made #SteveMartin cool to a hip hop generation too young to get King Tut/The Jerk/& a wild & crazy guy references—-he turned Steve Martin into the coolest verb EVER in 1988 (google #EPMD’s #YouGotsToChill video to see dances that defined a generation—-we talk about MCs/producers/videos/movies/icons from 87-92 but rarely give light to the iconic dances that came from that era—Stezo was always my fav dancer from this era (yes I know the Kid N Play dance was iconic too) but when you don’t have a partner to kick it with? Then yknow…lol——this dude is displaying ALL the moves that others will build empires on. Damn this damn virus man. Damn. Thank you @stezodezo

Rest In Peace STEZO !!! Another brother gone from the era I love the most. HipHop, rhymes, dancing, classic beats. It’s my Turn, To the Max, freak the funk…. Like EPMD said on Steve Martin “sick um champ!! .. Get um Steve, Get um Steve Get um !! RIP

I never knew the brother, but he made some of the best records in one of the most competitive and innovative periods in hip-hop. Saddened to hear he lost his life. Thank you for the music, Stezo! 🙏🏼💔

very sad to hear of Stezo's passing. Crazy Noise was an exceptional album with some of the best production from that era . Beats, rhymes, dancing, style Stezo was so on point, plus gave us the "Steve Martin". most notable first time usage of Skull Snaps and Sly's "Rock Dirge".

Rest In Peace to Stezo. His song “it’s my turn”used to be my jam. When it was cool to dance at parties

RIP Stezo. first made noise as a dancer for EPMD, but was NO JOKE as an MC. Crazy Noise is an unheralded classic. “It's My Turn" was the first time anyone used that Skull Snaps "It's a New Day" drum break. It became one of the most commonly sampled breaks ever. damn. pic.twitter.com/LQCevsKQ4e

rest in peace Stezo… his album was one of my favs to cut up. 2020 needs to be hindsight already… #ripstezo pic.twitter.com/mcrbBBLPrQ

Stezo Rest In Peace. Damn this is painful year.

RIP the legendary STEZO. He defined ‘89 and I wrote about him here: https://t.co/19MtnnXkds