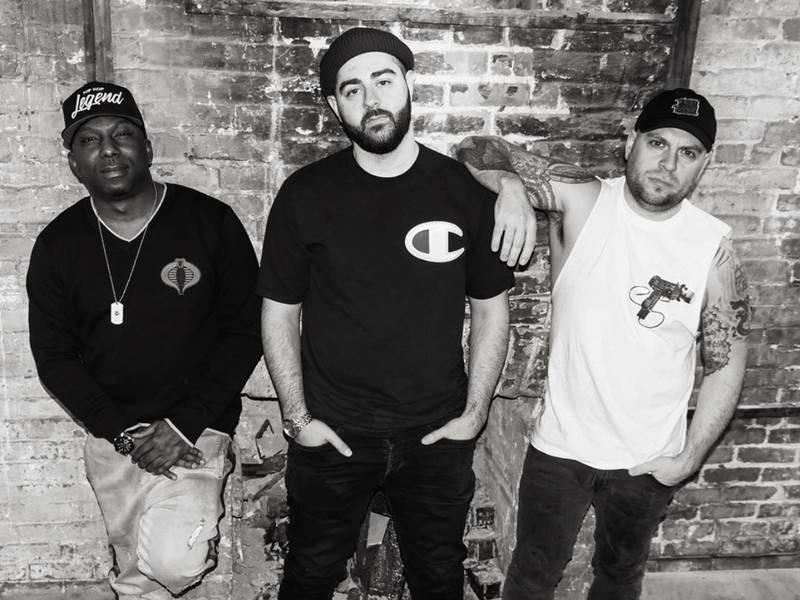 Ahead of the release of Jamo Gang’s debut album Walking with Lions, the trio (consisting of veteran MCs El Gant, Ras Kass and J57) unleash the most anticipated single from the LP, “The 1st Time” featuring Atmosphere’s Slug and production from the legendary DJ Premier — fresh off his epic Instagram battle with RZA.

Fans first got a taste of the song on Friday (April 17) when Ras Kass posted and promptly deleted a snippet.

According to group member El Gant, the track came together organically.

“We were all in the studio hanging out one night and Preem played a few things he had in the chamber,” he tells DX. “We liked the vibe to this track, and the rest is history.”

Gant adds that J57 thought it was the perfect song to ask Slug to collaborate on. For the Rhymesayers co-founder — who once noted that Atmosphere was forever attempting to do their version of Gang Starr — the track’s title takes on a literal meaning.

“It is really exciting for us to have [Slug and Preemo] together for the first time on one of our songs,” Gant says.

J57 shares a similar air of excitement about the song. Though he has a long history with DJ Premier (whom he’s named as a mentor in the past), this is the first time he is rhyming on one of his beats.

“These are two people I looked up to for many years before becoming friends with them,” J57 notes.

Having Premier as the sole production credit besides J57 seems especially fitting, as he was the first one to introduce the group to the world. He was featured on their debut EP on the song ”Highway,” though he only contributed scratches.

Stream Jamo Gang’s “The 1st Time” featuring Atmosphere and produced by DJ Premier below. Their debut LP Walking with Lions is set to be released on May 8, 2020 via Fat Beats Records.