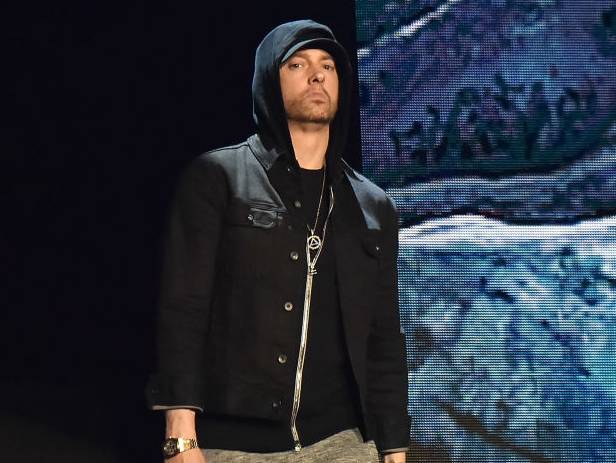 Eminem will be the next guest on Lil Wayne’s recently launched Apple Music Show Young Money Radio. Shady made the announcement on Friday (May 8) via Twitter. As noted in the caption, the show airs at 7 p.m. EST.

“Set fire to the mic and ignite the crowd,’” he wrote alongside a promo photo. “Hittin’ #YoungMoneyRadio later to talk to @LilTunechi. Tune in at 7PM ET on @applemusic – http://apple.co/youngmoney.”

"Set fire to the mic and ignite the crowd" 🔥 Hittin' #YoungMoneyRadio later to talk to @LilTunechi. Tune in at 7PM ET on @applemusic – https://t.co/chPOLQa6Is pic.twitter.com/e952xUGTyo

Wayne has already published two episodes of the show. For Episode 2, Weezy invited Drake to chop it up about his recently released project Dark Lane Demo Tapes.

During their conversation, the 6 God opened up about a night he’ll never forget involving the Kobe Bryant, Wayne’s tour bus and the song “Lollipop.”

“On the song, ‘From Florida With Love,’ you reminded me about the time I played ‘Lollipop’ on the tour bus for you and the late great Kobe Bryant, man,” Wayne began. “That was a moment, man. That right there, man.”

“We were talking and next thing I knew, I just couldn’t believe it, I’m already just floored that I’m sitting here talking to Lil Wayne as he’s bleeding out, getting this angel wing on his side. And then next thing I know Kobe Bryant walks on the bus and you were like, ‘Yo.’ And he came to pick up an iPod because at the time, that’s how we gave the actors music was on iPod.”

Expect plenty of personal anecdotes on the new episode. Tune in here.