GOODYEAR, AZ – Empire‘s Bryshere Y. Gray has been sentenced for his domestic violence arrest stemming from a scary July 2020 incident with his wife Candice Jimdar at their Goodyear, Arizona home.

According to TMZ, Gray copped a plea deal and ended up pleading guilty to felony aggravated assault, which landed him 10 days behind bars in county prison and three years of probation.

As part of his plea deal, the 27-year-old will be enrolled in a domestic violence treatment program, not allowed to take any recreational drugs, possess firearms, or interact with anyone that has a criminal and pay back restitution.

12News obtained frightening details of the July 2020 arrest from police records, which recalled a bizarre standoff with the SWAT outside their Goodyear residence once Bryshere Y. Gray locked himself inside.

Officers also arrived to find Candice Jimdar with several wounds to her face. She claimed her husband strangled her and she even lost consciousness for a time during the alleged assault.

Jimdar and Gray had been married for nine months at the time of the arrest, but the actor told police they had an “open relationship” and claimed she was his “best friend.”

“We have an open relationship as well so I allow her to have a boyfriend because I’m really busy,” he said. “I have a career, I’m an artist, I have a lot of things to lose.”

Candice Jimdar claimed she had been abused dozens of times since they tied the knot in late 2019. She claimed that Gray suffered from bipolar disorder and ADHD and refused to take his medication. 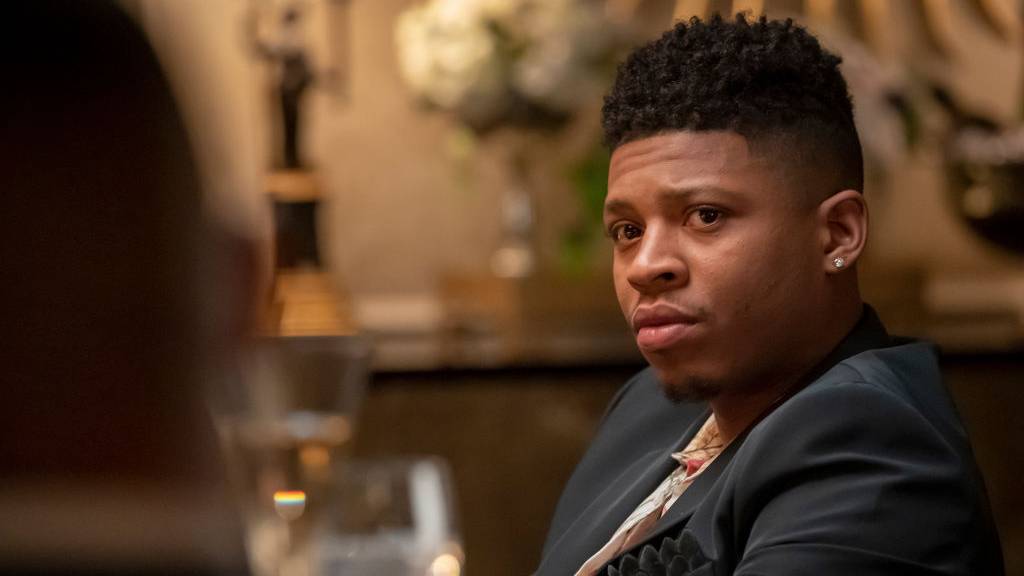 Police reports show the Empire star was originally hit with multiple aggravated assault charges and a kidnapping charge before copping a lighter sentence with his plea deal.