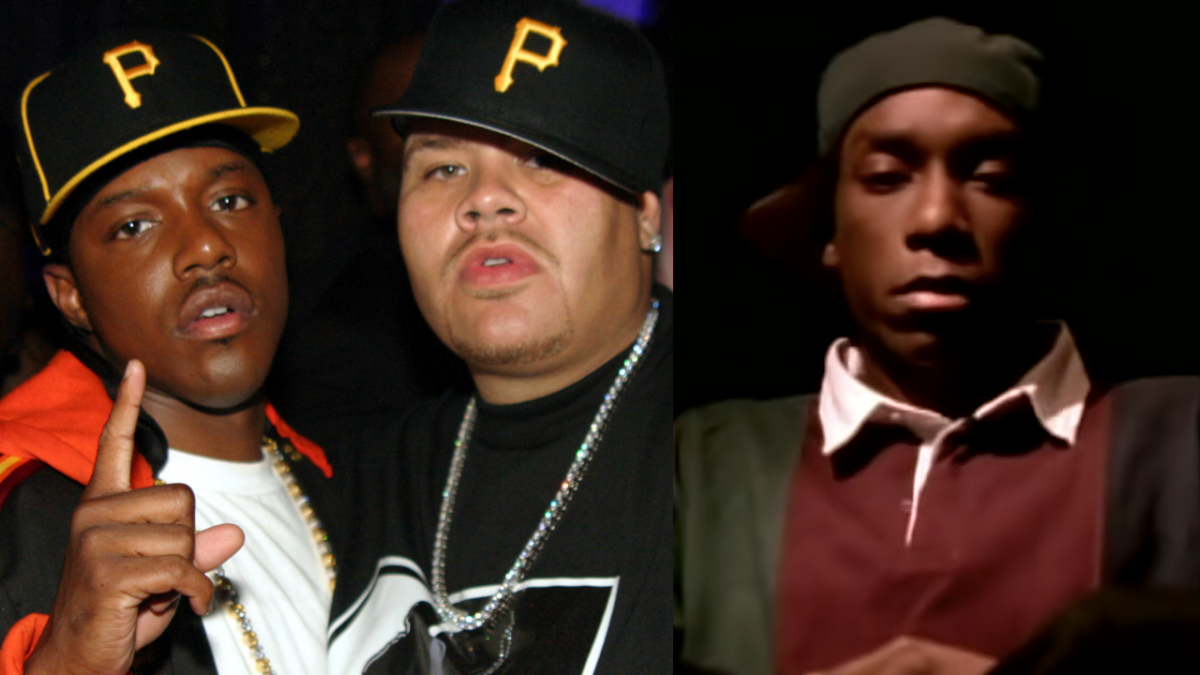 Fat Joe has recalled how Big L hurt his relationship with Ma$e one night at the legendary New York City venue, The Tunnel.

The Bronx rapper recently guested on Mike Tyson’s Hotboxin’ podcast alongside Angie Martinez. While reflecting on their memories of The Tunnel, which shuttered in 2001, Joe recalled the fateful encounter with the late D.I.T.C. MC and Bad Boy hitmaker.

“One time I got set up. Rest in peace Big L, [he] comes up to me in The Tunnel and he’s like ‘Yo, Crack, come bring your n-ggas, I got some beef,” he remembered. “So we come — Big L’s our brother, you know Diggin’ in the Crates — and when I come up, it’s fucking Ma$e. He’s arguing with Ma$e, they from the same block!

“I’m like, ‘I was hanging out with Ma$e the night before at Puffy’s studio!’ Ma$e was looking at me like I was the greatest snake ever lived. He’s like, ‘For real?’ I’m sitting there and, you know, L is my crew so L was like, ‘We will fuck you up right now, we don’t give a fuck, it’s whatever.”

Fat Joe added Big L turned to him and asked, “Right, Joe?” To which he awkwardly nodded his head. “I don’t think Ma$e ever trusted me again in my life after that,” he said. “That shit was foul, man.”

Big L grew up with Ma$e in Harlem and they later formed the rap group Children Of The Corn, which also included Cam’ron, Herb McGruff and the late Bloodshed. The group broke up after Bloodshed passed away in a car accident in 1997, with the surviving members embarking on solo careers.

Fat Joe previous shed light on the incident in 2020 during an Instagram Live with Jim Jones, another Harlemite who grew up with Big L. According to Joe, his studio session with Ma$e the night before was full of good vibes — until things went awry at The Tunnel the next day.

“L was talking to him, but [Ma$e] was looking at me like he couldn’t believe that shit,” Joe told Capo. “He was like, ‘Word? Like for real, Crack?’”

Jones added: “All of them had their little rifts Uptown. Cam, Ma$e, L. Everybody got into issues back in the day ’cause they were so young with that success and they start getting money, it was just different.

“Ma$e popped off. Ma$e was looking like the king of Harlem. He wasn’t showing no love, he wasn’t giving back to the community. He wasn’t picking n-ggas like L up.”

Ma$e explained his fractured relationships with some of his Harlem brethren during his interview with Million Dollaz Worth of Game in August. According to the former pastor, his lavish purchases rubbed a lot of people the wrong way, but little did they know, he wasn’t as rich as they assumed.

“When I got the money it just changed everything, but at first my problem with I think Cam was just that they thought I had money I didn’t have,” Ma$e said. “I was flexing crazy, so n-ggas was like, ‘Yo, Murda ain’t sharing the bag.’

“I never got the bag. Now that we looking back you can see he never got that bag, and then by the time I got the bag we was enemies already. So I didn’t get to break ’em off.”

He added: “That’s one of the relationships I regret. I think I got two that I regret, and going at Killa, I wanted to do that but that was like my n-gga, you know what I’m saying? So that really hurt me.”

After 20 long years, Ma$e finally buried the hatchet with Cam’ron last month. The same couldn’t be said for Big L, though, who was tragically shot and killed in Harlem in February 1999.