Fivio Foreign spent some time with Kanye West during the recording process for Donda, and he’s revealing to fans the working environment the Chicago rap legend enforced in the makeshift studio at Atlanta’s Mercedes-Benz Stadium.

On Saturday (September 11), Fivio Foreign stopped by L.A. Leakers for an exclusive interview where he spoke on Kanye West and his time in Atlanta. When asked how he plans to incorporate what he learned from Kanye in the studio, the Brooklyn native said he wants everyone to wear Fivio Foreign merch.

He added, “This is what he do. It’s like uniform. He give us Yeezys, some type of pants, cargo black-looking [pants] and Donda shirts. That’s what he do, so I guess it takes away the egos.”

Fivio Foreign is learning a lot from Kanye West. The “Big Drip” rapper landed two features on Donda (“Off The Grid,” “Ok Ok”), which fans are saying are some of the best raps he’s ever spit. Last month, Fivio revealed Kanye West is working on his upcoming debut album, which some feel may be the best thing that could’ve happened to the New York rap star. 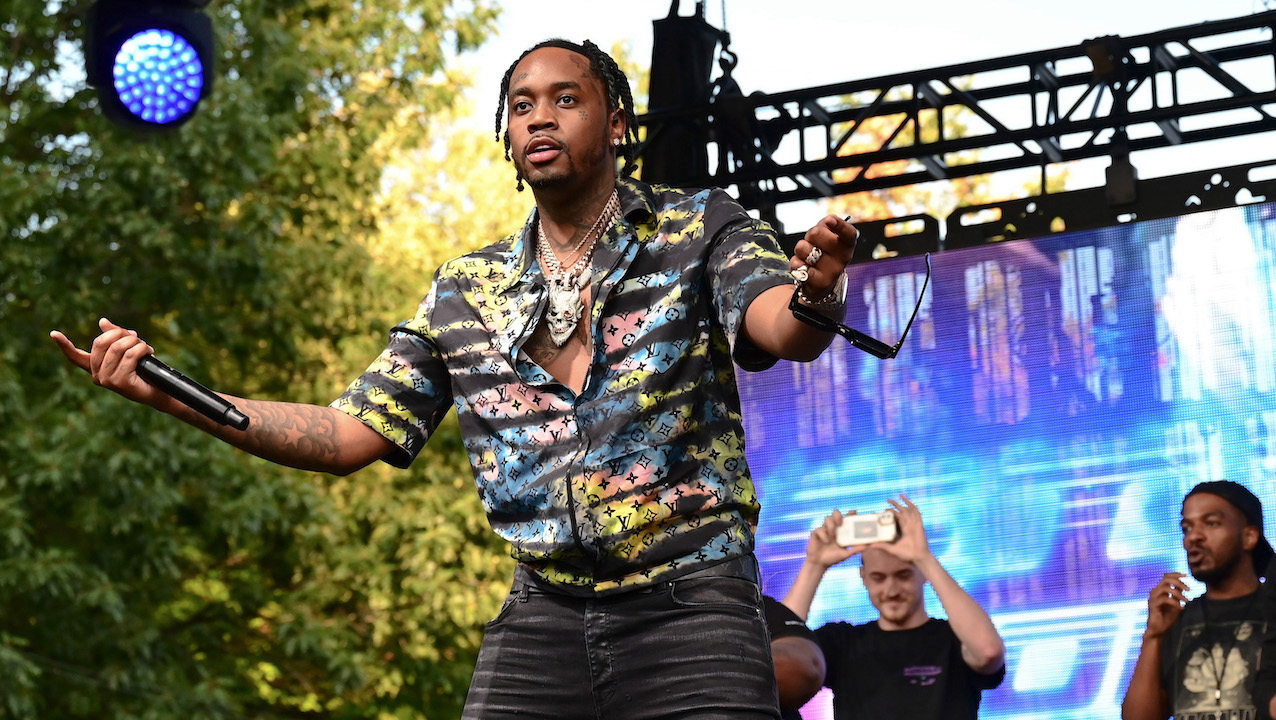 It’s also clear that Kanye sees something in Fivio’s talent. In that same visit to L.A. Leakers, Fivio revealed that Mr. West compared him to another Brooklyn rapper after working with him on Donda.