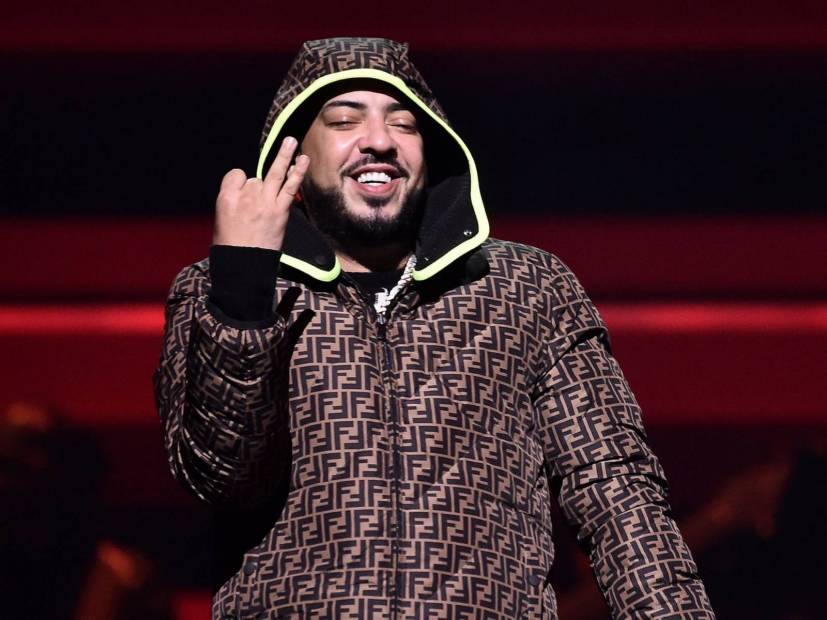 French Montana recently sat down with Complex journalist Speedy Morman to chop it up about a variety of topics. During the Skype video convo, the Moroccan-American rapper was asked about his ongoing beef with 50 Cent.

He promised the For Life producer will appear on the next episode of his recently resurrected Cocaine City Live series and they’d hash out their issues.

“50 Cent gonna be on the next ‘Cocaine City Live,’” he said. “It’s happening in about a week or two. This the first time the world knows. He gonna be on ‘Cocaine City Live’ and I know he gonna watch this. French Montana, 50 Cent face-to-face. We gonna talk. Talk about, you know, what the people wanna see.

“Break the internet again. I feel like with me and 50, [the beef] was like when you go watch a fucking wrestling match, or a boxing match, it’s competition. He said what he said, I said what I said. Look, man nobody got killed. Nobody got shot. It’s not real beef.”

50 and French got into it earlier this year when the television mogul took a shot at French’s Bugatti, which 50 claimed was “old.” From there, they went back-and-forth on social media throwing jab after jab.

It reached a boiling point when French leaked a snippet of Power‘s Season 6 midseason premiere.

French has apparently been in a forgiving mood lately. Last week, he and his former foe Jim Jones chopped it up for Instagram Live and buried the hatchet, which he discusses during the Complex interview.

“15 YEARS OF BEEFING ENDED UP WITH LAUGHS AND WAR STORIES,” he wrote in an Instagram. “BIG MOMENT FOR HIP HOP SHOUT OUT TO @jimjonescapo #thatsafact ALL THE BLOGS THAT COVERED ALL THE BULLSHIT. MAKE SURE YALL PUT THE SAME ENERGY TO MAKING PEACE.”

@ceoslow TELL YOUR MAN IM LOOKING FOR HIM 👀