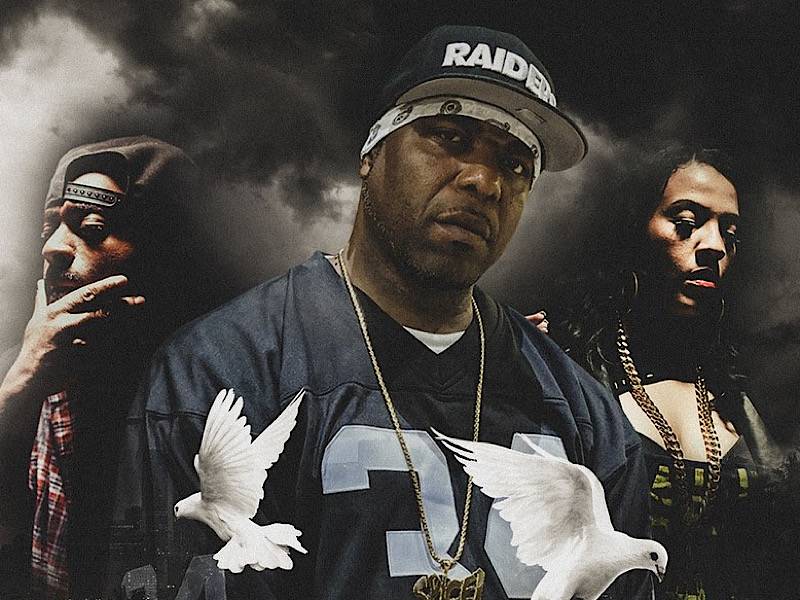 With the Statik Selektah remix to “Another Dead Rapper” featuring M.O.P. still getting spins on Shade 45 (currently free during the pandemic), the duo of G. Huff and Lena Jackson aren’t letting the smoke settle.

This time around, with Who On The Track and DJ Idea on the beat, they’ve connected with West Coast legend Spice 1 for a remix of ”A Day In The Life” off of their Grace & Alchemy LP.

Adding to the original’s theme of survival in the inner city, Spice 1 proves to be the special sauce, painting a detailed picture of the Bay Area streets.

As Huff tells HipHopDX, the song is, “The perfect combination of Midwest grit, West Coast funk and Southern soul.”

He adds, “Hop in the ride, roll down the windows and turn this joint all the way up. Don’t forget to drive slow.”

Spice 1 has made a comeback of sorts over the past year. Last summer he released the LP Platinum OG, and recently began teasing a new album dropping this fall titled 4ever 21. His latest single “I’m Gangsta” is available now.

Stream G. Huff and Lena Jackson’s “A Day In The Life Remix” featuring Spice 1 above. Stream their LP Grace & Alchemy below.