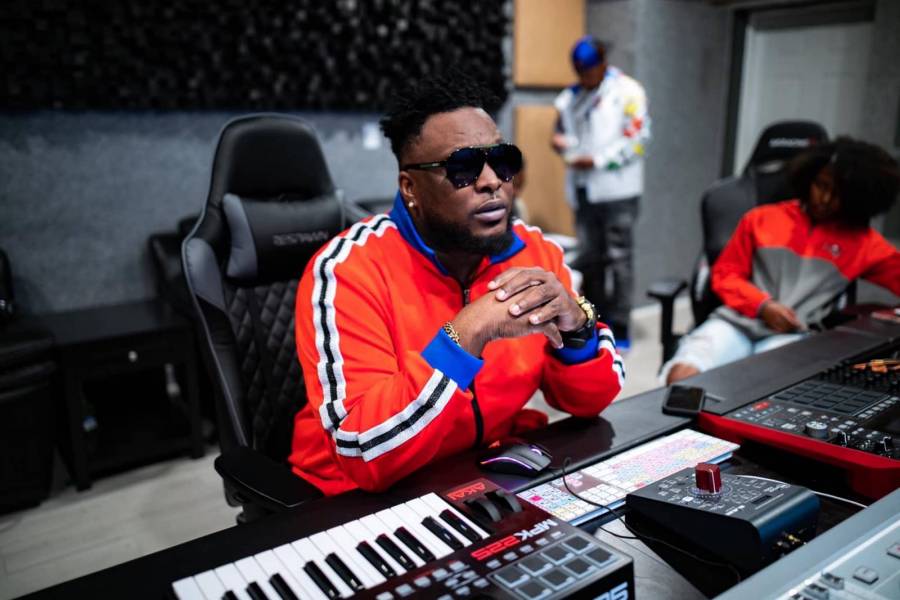 New York, NY – Of all the musical genres in the 21st century, country music seems to be the least receptive to a Hip Hop crossover. So one can imagine the surprise when country music star Skyler Clark — whose best-known song is, perhaps, 2016’s “Beer Season” — appeared on a rap track called “Country Twerk” by St. Petersburg, FL native Cristol.

Twerking? Country music? Hip Hop? How does this make sense?

“I’ve always done twerk music,” he told HipHopDX exclusively while adding that the idea of “Country Twerk” wasn’t always an easy sell. “We had a Hip Hop scene in Miami, but the style of music that did it, it wasn’t really received the way it should have at some point. Now they love it. They love it and they love the fact that I stayed true to my style, and they loved that I don’t try to sound like an era or a trend or music. I sound like me, whether I’m singing or whether I’m rapping.”

Cristol’s unique sound, and style, is one that’s starting to catch a mainstream fire. In the short time since “Country Twerk” was first released, it amassed over one million organic views, as of this writing, on YouTube. The song also averages approximately 5,000 streams a day on Soundcloud, and inspired a viral video challenge called the #twerklinedancechallenge — and it’s just as bad, and as good, as you think it is.

Mommy and daughter duo . . Mommy everyone is doing your challenge, and I haven’t done it yet. Can we do your challenge together mommy? Of course Niani lets do it! I’m so proud of you mommy! 🥺🥰❤️ thanks Nu . . IG: natalie__robles TikTok: natalie__robles . . #twerklinechallenge #twerklinedancechallenge #viral #dancewithnat #sensualsteps #believeacademy #dancers #fun #Tiktok #cristol

Awww these videos are still coming in!! 🤩🤩 I love to see the ones with the babies trying in the background!!! 😍😍 Good Job 👏 . . . IG: natalie__robles TikTok: natalie__robles . . #twerklinechallenge #twerklinedancechallenge #viral #dancewithnat #sensualsteps #believeacademy #dancers #fun #Tiktok #cristol

But Cristol — who says that he would love to do a “Country Twerk” remix with Megan Thee Stallion — isn’t just a novelty rapper, and he’s certainly no flash in the pan. Rather, he boasts an independent career spanning the course of two decades, during which he collaborated with the likes of Rick Ross, Boosie, and Turk from the Hot Boys, to name a few.

And contrary to his current smash track, Cristol is, and has been, best known for a style of Hip Hop known as jook. Originating in the South, and fusing Bounce, bass, and some dancehall & reggae elements, jook music also features a unique dancing style of the same name made famous by Lil Buck.

For Cristol, it was important to fuse elements of jook music with the cowbell prevalent throughout “Country Twerk” because he felt it was an organic, and necessary, fusion of both the Hip Hop and country elements of the song. “The sound that we have in the Tampa Bay area is a jook city sound. So we have the cowbells for the ah’s, we put all that in the music, and you pretty much make dance music,” he said, adding that the cowbell sound is prevalent throughout the St. Petersburg, FL area thanks to the prominent country music scene, as well. “You make the girls dance and you pretty much have to play the jook music at the parties, the cookouts, the clubs, the get-togethers. It’s no party in this area without having its own segment of jook city music.”

And while Cristol hasn’t decided, quite yet, what to do with his next move, he promises to continue to make music that can not only put booties on the dance floor, but actually brings people together. “I want to unite people,” he said. “The world is too divided right now in 2020. That’s why in the video, I wanted my people to be there. I wanted Skylar [Clark] and his people to be there. I want to bring out my hood homies, and bring all the country boys in, the country girls in, everybody. I want to put all the world in the same building and just have fun.”