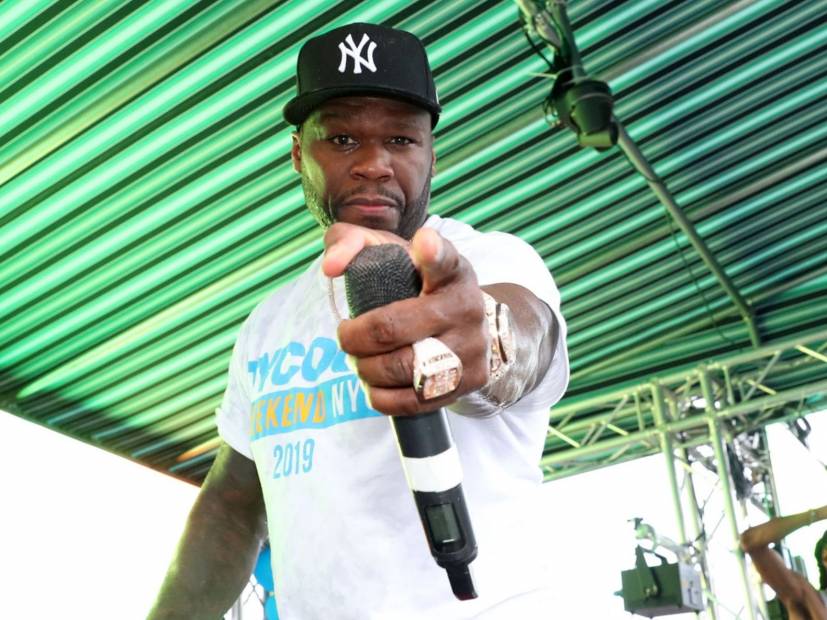 Ja Rule attempted to challenge his rival 50 Cent to an Instagram Live battle, which led to the two famed enemies hurling more insults via social media. Ja initially called 50 up to the plate on Sunday (April 12) after Swizz Beatz and Fat Joe toyed with the idea of the two competing on The Fat Joe Show.

“I want all the smoke! I’ll behave,” Ja said to Swizz about a potential Verzuz showdown.

However, the possibility was quickly stomped out by 50, who responded with a meme depicting Ja as a homeless man holding a sign that read, “I will battle 50 Cent for attention.” The post also took a jab at Ja’s involvement in the infamous Fyre Festival.

A few days later, Ja retaliated with his own meme as the feud reignited.

Melly has tested positive for COVID-19 today while awaiting his trial in Broward County Jail. He’ll be filing a motion for restricted release in hopes of better care due to any jails not being prepared to treat this new virus. He hopes for your support and to recover soon #prayformelly send positive energy to him please

Despite testing positive for COVID-19, YNW Melly will remain behind bars at the Broward County Jail in Florida while he awaits trial for his double homicide case.

Melly’s attorney previously requested the incarcerated rapper be released on house arrest, claiming the jail offered “inadequate care and protection” against the coronavirus.

Since announcing his COVID-19 diagnosis, Melly has reportedly suffered labored breathing, chills, high fever, headaches and body aches. He claims he’s only been given Gatorade and Tylenol to help ease his symptoms.

On Thursday (April 16), Melly even reached out to his former collaborator Kanye West for help via Twitter.

Read more about YNW Melly’s battle with the coronavirus here.

This week, DaBaby released his third album Blame It On Baby. The project includes collaborations with Roddy Ricch, Quavo and Ashanti as well as assists from Future, YoungBoy Never Broke Again, A Boogie Wit Da Hoodie and Megan Thee Stallion.

“This album shows that no one is as versatile as me in the game right now; especially this early in their mainstream career,” the Charlotte-bred star said in a press release. “During the creative process of Blame It On Baby, I made sure that every single song had the potential to be a hit.”

Soon after releasing the 13-track effort, DaBaby followed it up with a video for his YoungBoy collab “Jump.” Blame It On Baby marks DaBaby’s first full-length release since 2019’s KIRK, which was his first project to reach No. 1 on the Billboard 200.

When a quarantined Rita Wilson rapped Naughty By Nature‘s “Hip Hop Hooray” for her one million Instagram followers, the world wanted more. Thankfully, Wilson and the group complied with a new remix.

After posting her solo rendition of the 1993 hit, Wilson connected with Vin Rock to see if the group would be down to collaborate for a charitable cause. The Naughty By Nature member spoke to HipHopDX about how it came together.

“She was like, ‘Hey, would you guys mind doing a remix to this record? We could do something great for charity,’” Rock revealed to DX. “So, lo and behold, we agreed. We got with Tommy Boy Records, made sure all the clearances were there and decided on MusiCares.”

Find out more about how the “Hip Hop Hooray (Remix)” came to be here.

Why Does Fredo Bang Feel Like He’s The Most Hated In Hip Hop?

Hot off the heels of his latest mixtape, Fredo Bang pleaded his case to DX and explained why he feels like Hip Hop’s Most Hated.

“I go through different things and it’s like when you take away all my different fans and stuff, I feel like I’m hated,” the Baton Rouge-bred upstart said. “When you listen to my music, you’ll see you can’t judge a book by its cover. Calling myself the most hated is like reverse psychology. You hate me now, but you’ll love me later on when you hear these stories.”

“You always want your kid to, more than anything, to have a passion, you know; to have something that they love so much that it consumes their energy and their thoughts,” Butler said of Tracy. “If they can find that, I feel like you can have satisfaction and fulfillment. Then to pursue that as a vocation and have success, it makes me proud, happy and excited for him.”