Fayetteville, AK – Ice Cube has been accused of making numerous anti-Semitic comments in the past and now, those allegations are coming back to haunt him. According to KNWA Fox 24 in Arkansas, several local religious leaders are furious the Fayetteville city officials honored the gangsta rap legend with the symbolic “key to the city” earlier this month.

Representatives for the religious leaders in Northwest Arkansas expressed their concerns in a letter to city council and Mayor Lioneld Jordan.

“We are concerned such actions by the city will bolster anti-Semitism in the region and state,” the letter read. “At the very least, the gift of such a key to Ice Cube represents tacit approval of his views, which are not only anti-Semitic, but also misogynist.

“A quick search of his statements on women and Jews will very quickly discover multiple statements too harsh to reproduce in a letter to the editor for the paper. He’s that extreme.”

Co-president of Fayetteville’s Temple Shalom, Toby Klein, is among those who signed the letter.

“I don’t think that we can detangle one aspect of discrimination from another,” Klein said. “The reality is everyone is a complicated individual with nuance to their stories, but this individual has made his intentions very clear.

City Council Member D’andre Jones, who presented the key to Ice Cube, says the decision was based on the positive impact he’s made on many Fayetteville citizens, particularly Black Northwest Arkansans who grew up listening to his music and watching his films. 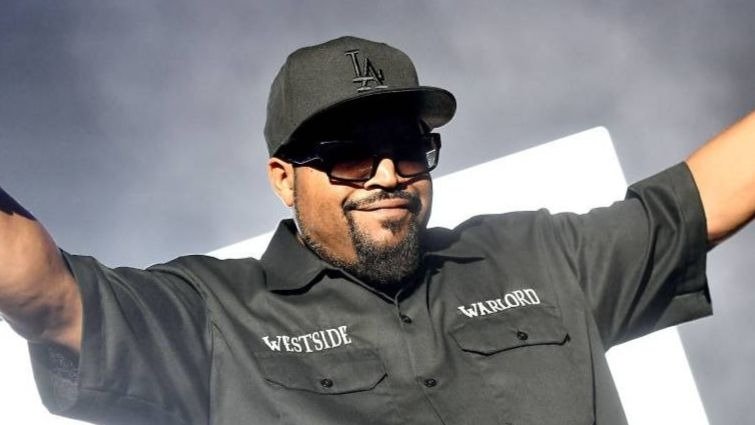 In June 2020, Ice Cube embarked on a Twitter rampage in the wake of the police killing of George Floyd, firing off tweet after tweet in the name of racial equality. He was simultaneously accused of posting anti-Semitic propaganda, prompting The Daily Beast to run an entire exposé about Cube’s alleged anti-Semitic past.

Consequently, Cube filed a cease-and-desist letter against writers Charlie Nash of Mediaite and Marlow Stern of The Daily Beast.

“Don’t play with me,” he tweeted at the time. “This is just phase one.” He also included a photo of Stern and added, “This is Marlow Stern, the punk that’s out there pushing that poison.”

Don’t play with me. This is just phase one. https://t.co/lawOTJxrVf pic.twitter.com/cZHyx2oHe9