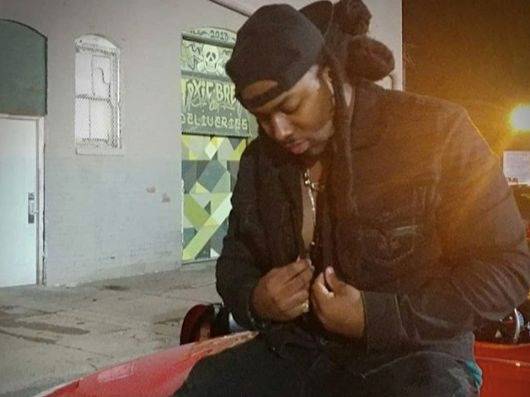 As noted in the press release, Ali’s “love for classic soulful vibes over trunk rattling trap-like drums/percussion produces a sound with a massive appeal,” which is evident on “Don’t Stop.”

“It’s truly an honor to collaborate with Kardi, someone I grew up listening to,” Ali tells HipHopDX. “He was one of the first to rep not only Toronto (T DOT) but the whole country of Canada. We brought Ohio and TDOT together and made a banger — and the vibe was pure.

“Also, shoutout to my homie Trey Parker who absolutely flamed the hook. I’m very proud of this single. It added a lot of flavor to my project Book of Issa.”

Happy Birthday to my Big Brudda #DaveChappelle! I will always be greatful for all the things I've learned and priceless experiences I've had with you! And many more to come! #Blessed

Famed comedian Dave Chappelle has consistently showed support for Ali and has been like a mentor to him throughout his career.”

Book Of Issa also boasts features from funk icon Steve Arrington of Slave, Hi-Tek and Niko IS, among others. Find the project here and listen to “Don’ Stop” above.