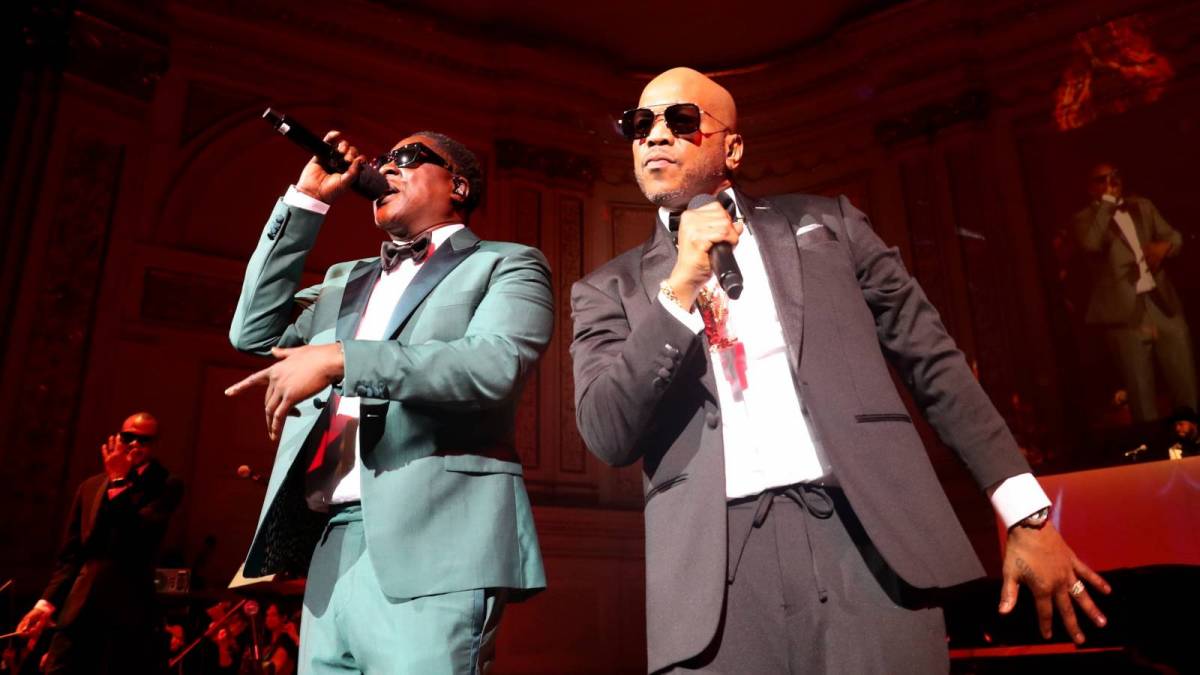 Videos from the event show Jada and Styles taking to the stage to perform in front of a rowdy New York crowd.

The latter took to socials before the show to flex a new jacket he donned on the Carnegie Hall stage, which included drawstrings and a black and white inner stitched lining.

“THE TRINITY,” Styles wrote alongside a picture of him and Jada before the big show. “We knew we would make it !!!!! We been living off xperience for a while !! Shout my bro @mrrobbiesuits for my custom LOX SUIT ! Notice the drawstrings … I love sweat suits so much I have my suits made of the same material little more refined though.”

He followed it up with another photo of him and Big Daddy Kane, writing, “Some shit is worth more than money .. got to be part of the elite league to even get the drift of what I’m saying !!!!”

The event was based off D-Nice’s Instagram Live show of the same name that emerged during quarantine and occurred a year and a day after Dipset and The LOX took to Madison Square Garden for their legendary Verzuz showdown.

Check out Styles P’s posts from the show below:

The Dipset and LOX Verzuz battle that went down on August 3, 2021 brought in over five million viewers, and gave each group an unprecedented boost in streaming revenue. The LOX’s catalog racked up 3.4 million on-demand streams in the U.S. the week after the show, and Dipset enjoyed a 117 percent increase, with the Harlem group jumping from 919,000 in the week ending July 29 to 2 million in the week ending August 5.

But streaming numbers weren’t the only boost the Yonkers trio enjoyed. Jadakiss reflected on the anniversary in a recent interview and said the praise he got from the performance allowed him to renegotiate his contract with Def Jam.

“My numbers went up for hostings and walkthroughs, for shows, and TV cameos,” Jadakiss said. “Just in general my numbers went up. It also showed Def Jam that they got to do the right thing [and] restructure my contract. It really showed the world my true worth, what I can do.”

Verzuz co-founder Swizz Beats and Dipset member Juelz Santana also took to social media to reflect on the history-making event, with the latter saying he was happy to have been a part of the moment.

“1 Year Later N I’m Still Lookin 4 These Ni&&az,” Juelz wrote in his caption. “Nha We Made History Im Happy I Was A part Of It.. Thanks @verzuztv @triller 4 Putting Together A Legendary Event.”