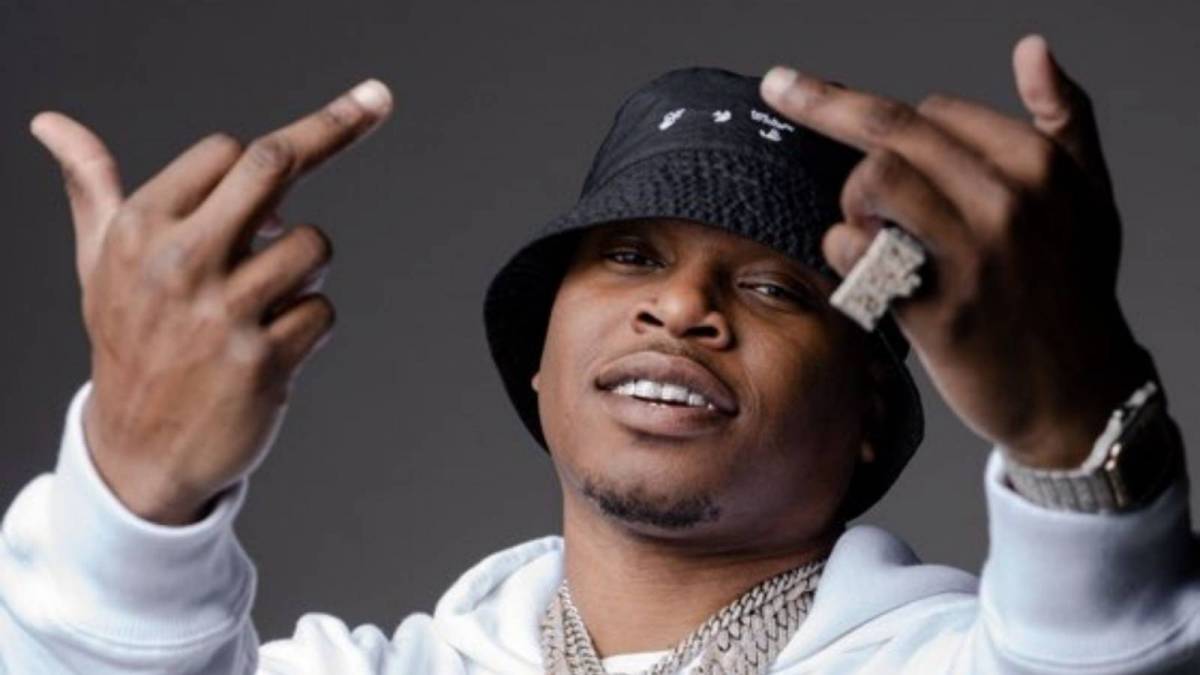 Los Angeles, CA – In the same sort of nonchalant manner in which fellow Paper Route Empire (PRE) artists Kenny Muney and Key Glock count up cash in the video for their “Leeches” collaboration, the Time Is Muney lyricist describes how low maintenance their years-long relationship is during a conversation with HipHopDX at the Yellow Tape MC’s recent sold-out show in Los Angeles.

In fact, the rising 26-year-old lyricist recalled how his collaboration with Key Glock almost didn’t make it to his album, due to how relaxed their studio sessions are.

“Shit, I was just doing it motherfucker and he [Key Glock] came in I’m like, ‘Shit, jump on this joint’,” Kenny Muney said. “Like ‘This muthafucka hard I’m finna jump on it’. And he just jumped on it. Shit just went from there — and my tape was done, but I was still recording.”

He went on to explain how even though his project was turned in, once the final mix of their “Leeches” was ready they decided to make some last-minute changes and deviate from previous plans because the track was too good.

“Cause I just stay recording. I’m 24/7 recording, recording record — I done, I’m already three mixtapes, three albums ahead. You know, but yeah, I was still recording and the tape was done, date set already. Then we did that and me, team, Glock, everybody like, ‘Man, this muthfucka gotta drop now. We gotta put this on Time Is Muney. So shit. That’s how they went.”

After initially attracting 500,ooo views in the first week the official video for their collab was released last month, Kenny Muney and Key Glock’s “Leeches” banger has since racked up well over a million streams between Spotify and YouTube alone. The track has also become a fan-favorite among the Whole Lotta Everything head honcho’s listener’s, who helped propel his Time Is Money album into the top 25 of Apple Music’s Best Albums Chart back in February.

Though he signed to PRE in 2019 upon releasing his Muney Talk project, which is home to his “AF” collab with late Memphis rap phenom Young Dolph, Kenny Muney says he and Key Glock have invested their entire lives into making their dreams become a reality.

“We way more than 10-years in with this shit, bruh,” Kenny Muney said. “I can’t tell you how it be. This shit normal. Shit so organic. We barely even make music until we feel like making music together, bro. We don’t even be thinking about this shit. We be chilling.”

While Key Glock’s Yello Tape Tour, which ends on May 20 in Orlando, is in the final days of its U.S. leg, the “Russian Cream” rapper just announced a 13-date international tour that kicks off in Spain and travels through the U.K., Ireland, the Netherlands, Paris, Austria and more throughout the month of July.

Kenny Muney went on to describe how moments like these remind him of the overwhelming circumstances he and Glock overcame in order to get to this position and serves as a source of motivation.

“You know, when we doing what we doing every night, it be like this, but bruh I ain’t gonna lie — it ain’t even about the music. It just be personal — I can just look at my partner and just look at myself and be like, ‘Bruh, we came from it you feel me? The music, we just do this shit. You know what I’m saying? But if you just know where we come from, it be like, man! I be proud the whole time bro.”

Stream Time Is Muney below.