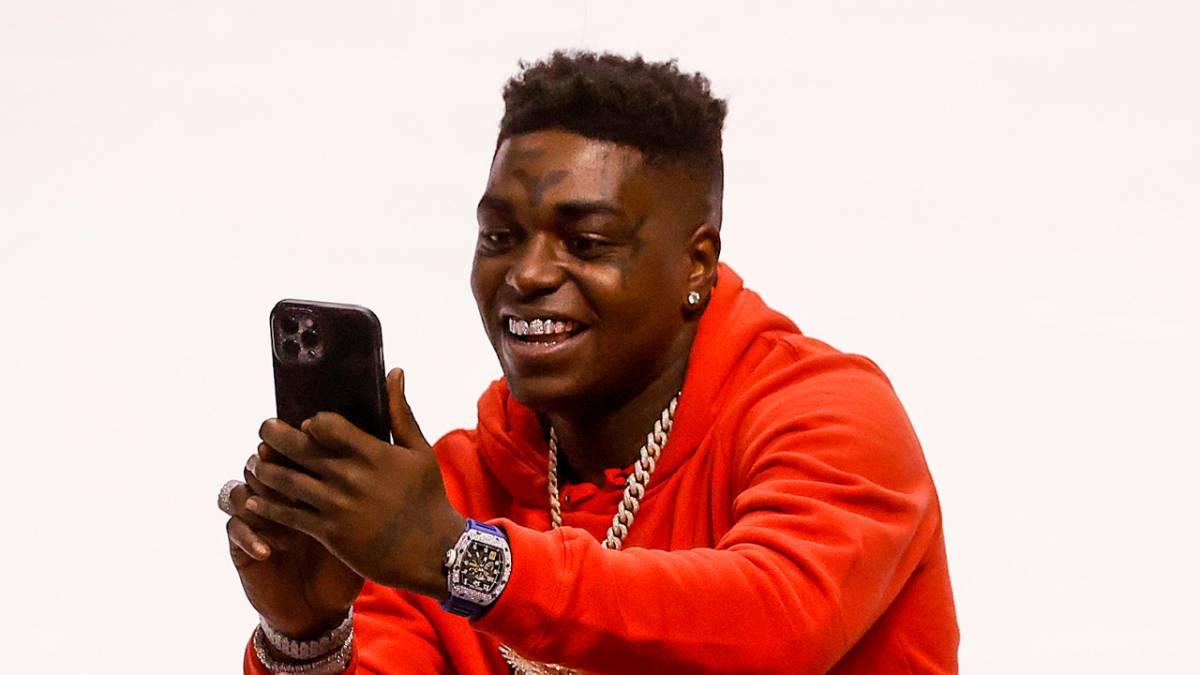 Sunrise, FL – Hip Hop culture has a connection to sports such as basketball and football, but who knew hockey could get some love too?

On Wednesday (May 10), Kodak Black attended Game 5 between the Florida Panthers and Washington Capitals in their first-round matchup in the 2022 NHL Stanley Cup Playoffs. The Florida native even got the chance to meet with the team in the locker room and pose for pictures before taking his seat and turning up with the rabid Panthers fans inside FLA Live Arena.

After the game (which the Panthers won 5-3 to take a 3-2 series lead), Kodak hit the rink to get some shots up and hone his hockey skills, but it wasn’t the most graceful attempt. In clips shared on social media, the “Super Gremlin” rapper missed a wide open pass, but brushed it off by busting out some slick dance moves on the ice and point to the empty seats as if a crowd was watching him.

In which ⁦@KodakBlack1k⁩ misses the pass, but shows some sweet moves after to make up for it. pic.twitter.com/bHhRyQ0Tkd

Kodak Black perfecting his hockey skills postgame on the ice after the #Panthers win is the funniest thing I’ve seen in 2022. @KodakBlack1k @WPBF25News pic.twitter.com/WCx2zoz18C

Wednesday’s Florida Panthers game differed greatly from Kodak Black’s last NHL experience. In January, the Sniper Gang boss was captured in what appeared to be a public sex act with a lady friend in his luxury box during a Panthers game against the Vancouver Canucks.

The footage quickly went viral, but it turned out Yak’s friend — a rapper named Vvsnce — was simply twerking on him. Still, he seemed to enjoy every minute of the rump-shaking.

Even without the twerking action, Kodak Black appears to have fallen in love with the game of hockey. On Tuesday (May 10), the 24-year-old flew to Washington, D.C. to catch Game 4 between his hometown Panthers and the Capitals. He even posted a video recap of his experience on Instagram.

“I Flew Up Here Tonight To See Y’all Win @flapanthers But Regardless I Wanted Y’all To Feel My Support During The Playoffs Even If It’s In A Whole Nother State,” he captioned the clip. “Win Lose Or Draw , I’m Rockin. Definitely Came Up Here To See Y’all Win Tho #StanleyCup.”