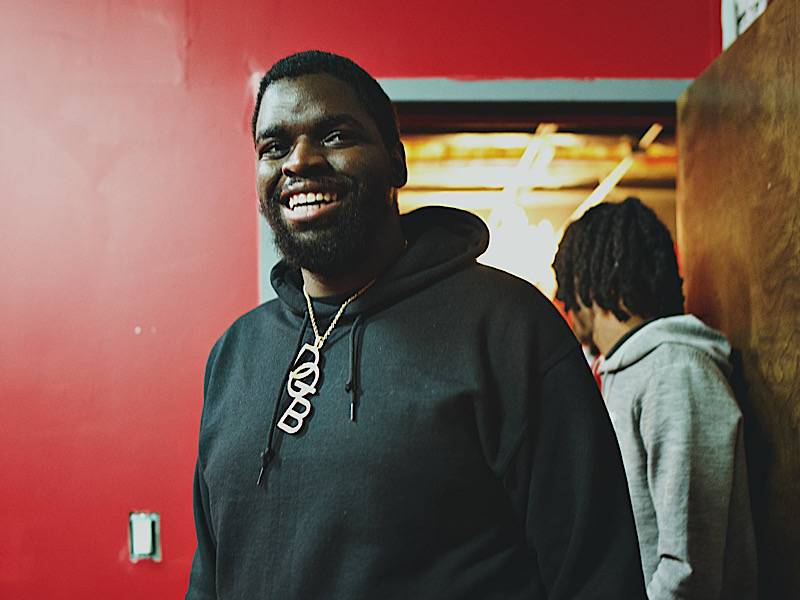 For anyone who thinks the MC game is crowded, the producer game is damn near Times Square on New Year’s Eve. Though it may seem impossible, it only takes one significant placement to change your life — just ask Philadelphia producer Dougie On The Beat.

“I started off rapping,” the platinum producer tells HipHopDX. “My uncle had a program called Music Development For The Youth, where he showed the whole creative process. That was my first time in a studio, and once I saw the production process, it stuck with me … I made my first beat that day, too.”

To get himself out there, he would send beats to numerous contacts — one being Cruz, Meek Mill‘s engineer, as well as Meek himself. “I connected with Meek just by being around mutual parties, and we ended up building,” he explains.

Starting his professional career off with a bang, Dougie’s first prominent placement was “1942 Flows” off of Meek’s 2017 project Wins & Losses. He then produced subsequent project cuts, “Issues” and “Save Me,” which appeared on the deluxe version.

“The biggest moment of my career so far is going platinum,” he says humbly. “It came out of nowhere … I didn’t even know. A fan wrote under one of my pictures that ‘1942 Flows’ went platinum, and I was like, ‘Huh?’ I ain’t believe it at first, then I went to RIAA website to check, and sure enough, it said platinum.”

He adds, “I just felt a rush come over me and it motivate me on a whole different level. I got a gold single with ‘Issues’ the same day. It was crazy … two certified singles in one day.”

The success of the songs led to Dougie inking a deal with Meek’s Dreamchasers imprint.

“Its all love with the situation,” he says of the signing. “I had them placements with him before I even signed with him, so I knew everything was A1. Those singles opened up a lot of doors for me, and he helped change my life.”

He’s been far from coasting since getting on, having produced “Florida Boy” for Rick Ross, Kodak Black and T-Pain, as well as “Feelings” off of G Herbo‘s new album, PTSD. But, it’s what’s coming next from the young producer that’s so exciting. In particular, he says he excited about a handful of songs he has in the stash with Dave East.

“[Dave East] and I got some heat coming … we got a couple of bangers in the tuck. One with Trey Songz that’s crazy, another one with Giggs from the UK,” he notes — adding that the song with Trey Songz samples JAY-Z’s Blueprint album cut “Heart of the City (Ain’t No Love).”

He also notes that songs with buzzing rappers such as Fivio Foreign, Lil Durk, Roddy Ricch and more are on the way. For a kid from Philly who went from the basement to major placements, his blessings appear to be the byproduct of hard work.

“The key to my success is staying consistent and making calculated moves,” he says. “You can make 1,000 beats, but if you are not making certain moves, they’re just gone be sitting on your hard drive. Believing in myself has been a major key, too. I knew I could do it. I just needed to apply myself, and now it’s working out in my favor.”