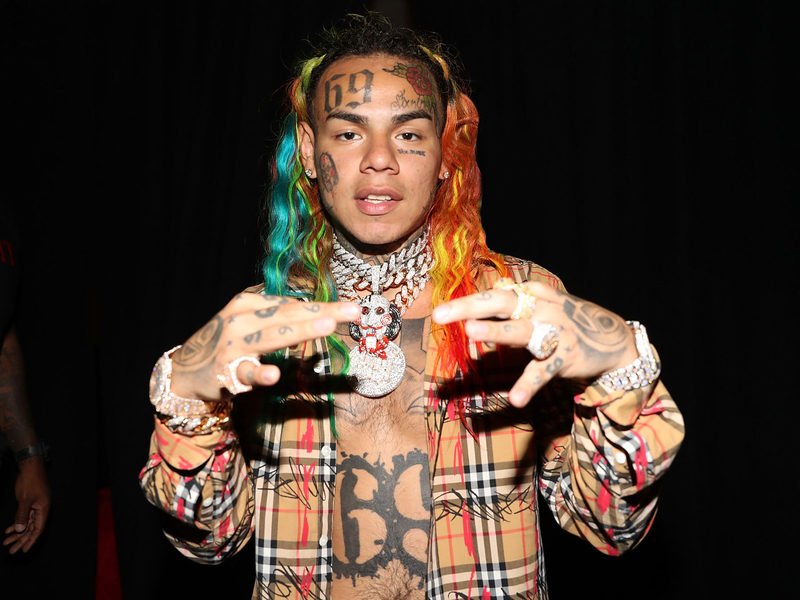 Tekashi 6ix9ine will be allowed to finish the remainder of his 24-month sentence at home. Judge Paul A. Engelmayer handed down the ruling on Thursday (April 2) after 6ix9ine’s legal team expressed concerns about the coronavirus putting his life in danger while behind bars.

Complex spoke to his attorney Dawn Florio shortly after the Engelmayer announced his decision and asked if he’d be able to continue making music while confined at home. Florio replied, “Yes, he can release music.”

Florio then confirmed 6ix9ine’s $10 million record contract with 10K Projects was real, but they’d have to figure out how to actually make that happen while most people are practicing social distancing.

“What he’s gonna do is, he already has that advance for 10K Projects,” she explained. “So he has to put out a Spanish album and an English album. So that’s what he’s going to be working on. “We were actually trying to figure out the logistics of how that’s going to work. It’s more difficult because of the coronavirus, because you don’t want strange people coming in to set up a studio where he’s going to be.”

She added, “He already got an advance for all those millions of dollars. So he’s gotta put out those two albums as soon as possible. I can confirm that from Bob.”

The controversial rapper was released from the Queens Detention Facility and he’ll spend the final four months of his sentence at home. Surprisingly, he’ll be able to use social media.

“So far, I haven’t seen any restrictions about him not being able to go on social media,” Florio said. “Obviously, it has to be in good taste. No more trolling.”

While the Brooklyn native may have a hefty advance, he’s facing multiple multi-million dollar lawsuits. Most recently, a woman filed a $150 million suit for injuries sustained in a 2018 shooting on a 6ix9ine video set. She’s seeking $75,000,000 in compensatory damages and $75,000,000 in punitive damages.